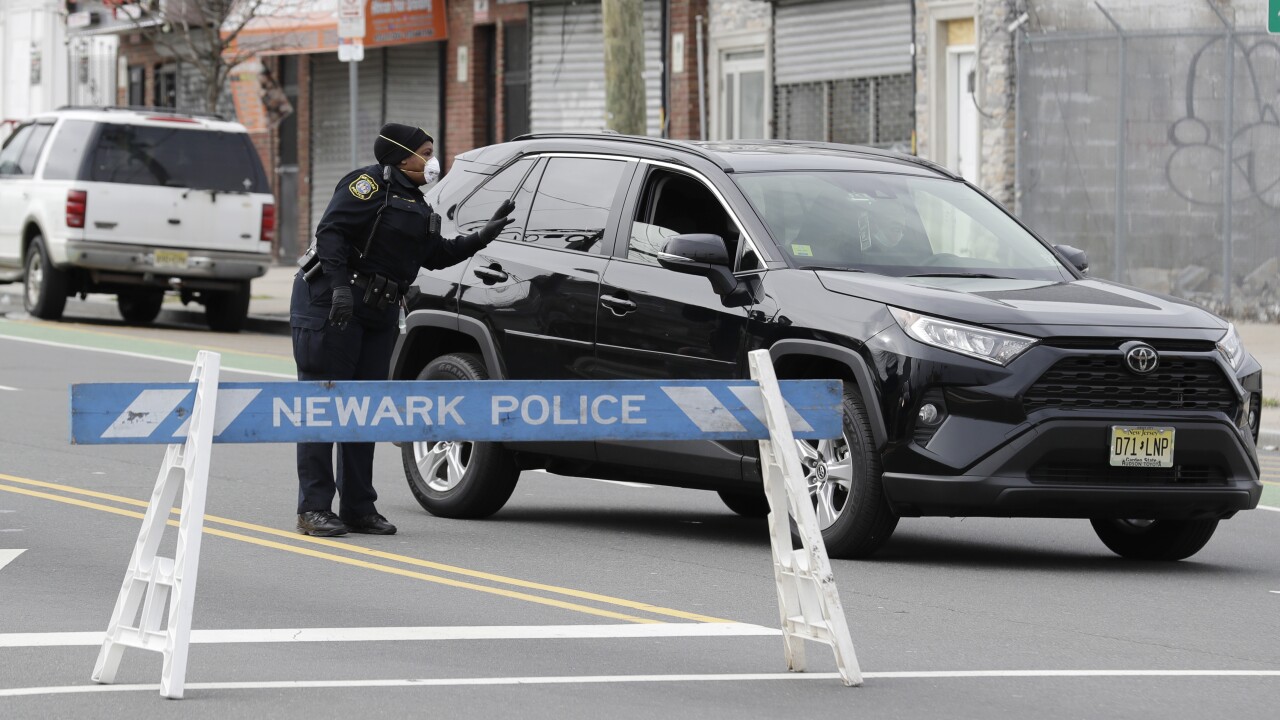 Seth Wenig/AP
A police officer talks to a motorist at an intersection on the border between Irvington and Newark, N.J., Friday, April 3, 2020. The police officers were reminding pedestrians and the occasional motorist to avoid unnecessary travel and practice social distancing. (AP Photo/Seth Wenig)

Newark Public Safety Director Anthony Ambrose told NJ.com that 842 people were issued summonses, and 44 nonessential businesses have been closed in the week since police began cracking down.

Police at first gave people warnings but began to issue summonses on March 31, according to authorities.

Ambrose said people had been “blatantly” violating the order.