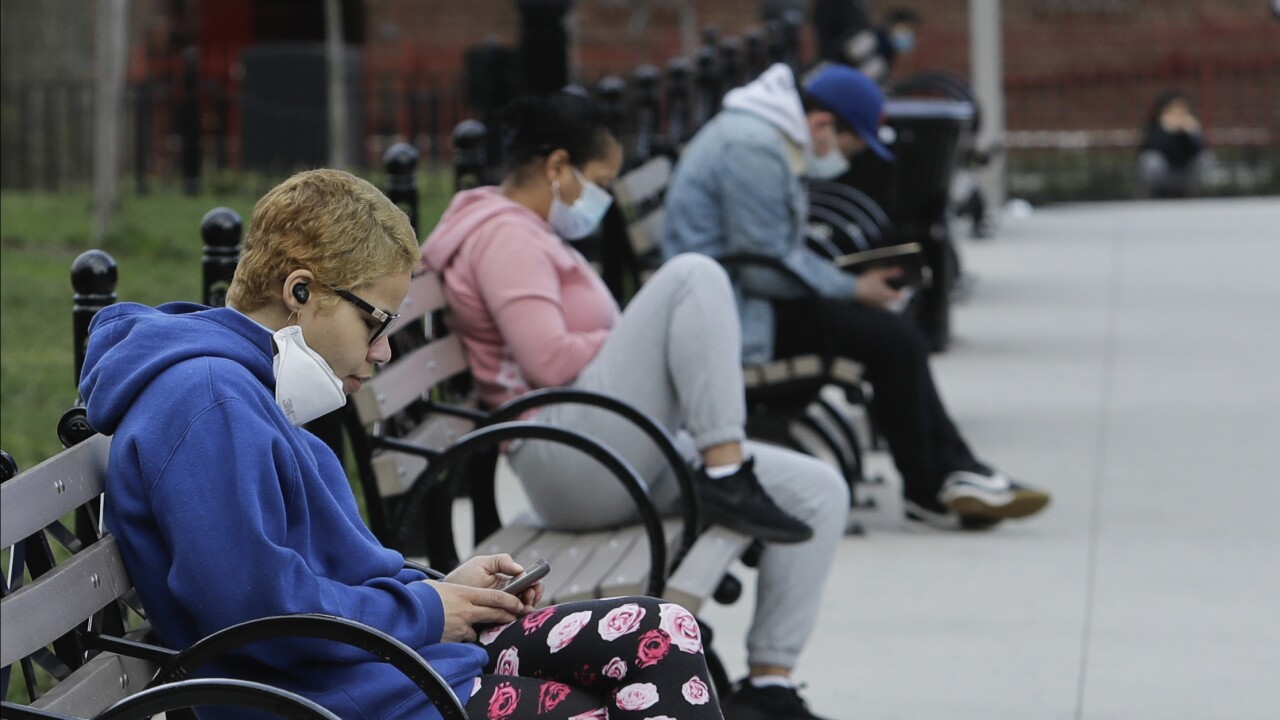 Frank Franklin II/AP
People practice social distancing during the coronavirus pandemic at Travers Park Saturday, April 4, 2020, in the Jackson Heights section of the Queens borough of New York. The new coronavirus causes mild or moderate symptoms for most people, but for some, especially older adults and people with existing health problems, it can cause more severe illness or death. (AP Photo/Frank Franklin II)

NEW YORK — Officials are urging New Yorkers to do their part in practicing social-distancing protocols as the number of confirmed cases of COVID-19 in the state surpasses 130,000.

Gov. Andrew Cuomo announced Monday that he would increase the maximum fine for anyone who violates social-distancing protocol from $500 to $1,000.

“People are dying. People in the healthcare system are exposing themselves everyday to tremendous risk,” Cuomo said.

The governor noted that New York City, in particular, saw an increase in activity.

If individuals don't comply with social distancing rules, we will see the number of cases go up again, the governor warned.

“I want local governments to enforce the social-distancing rules,” he said.

Anecdotal evidence shows people are violating the rules more than before, according to Cuomo.

“If it’s not about your life, you don’t have the right to risk someone else’s life.”

“We just cannot tolerate, at this moment in history, any gatherings,” he said.

“It's not easy for people to give up traditions, especially when they’re in mourning,” but authorities need to do what needs to be done, de Blasio added.

The mayor said police “absolutely” intervene to stop the events.

Cuomo also announced the NY PAUSE protocol would be extended, and schools and non-essential businesses to remain closed until at least April 29.

Over 4,700 deaths were reported in New York as of Monday afternoon, Cuomo, however, said the number of deaths per day has become "effectively flat" for the past two days, adding that the next few days would be the “most crucial” for the state in monitoring the outbreak.