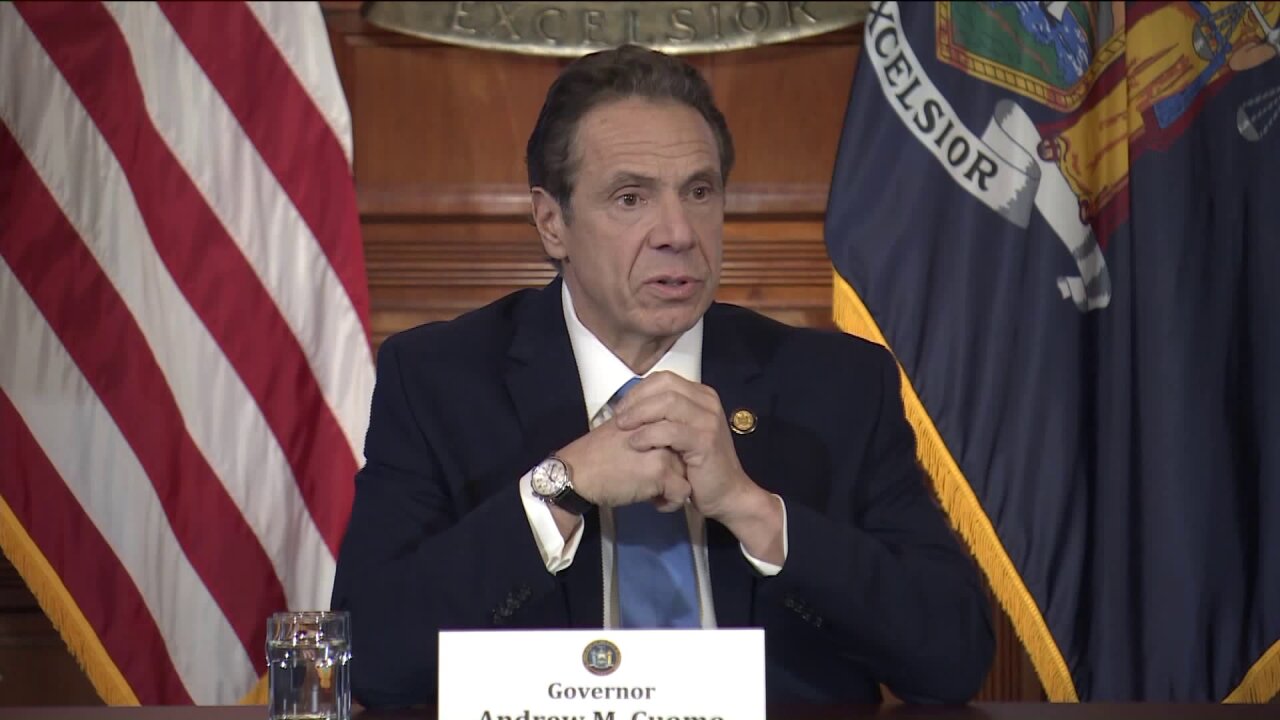 NEW YORK — New York Gov. Andrew Cuomo has advised non-essential businesses to close early to help tackle the novel coronavirus outbreak as the number of cases in the state surpass 900.

“We strongly advise that only services and businesses that are essential stay open after 8 p.m.,” Cuomo said Monday.

The announcement comes as New York, New Jersey and Connecticut governors announced a ban on gatherings of over 50 people in an effort to combat the COVID-19 concerns.

Gyms, movie theaters and casinos will close at 8 p.m. Monday and remain closed until further notice, according to the governors. Bars and restaurants will also close at 8 p.m. but will be allowed to offer take-out services.

He also added “This is not mandatory, but we strongly advise this.”

New York City public schools have also shuttered their doors until April 20th the earliest. The announcement came after de Blasio said he intended to keep schools open, listing schools as one of three things he wants to "preserve at all costs." More than 1.1 million children are impacted.

There are at least 950 confirmed cases in the state, according to Cuomo.