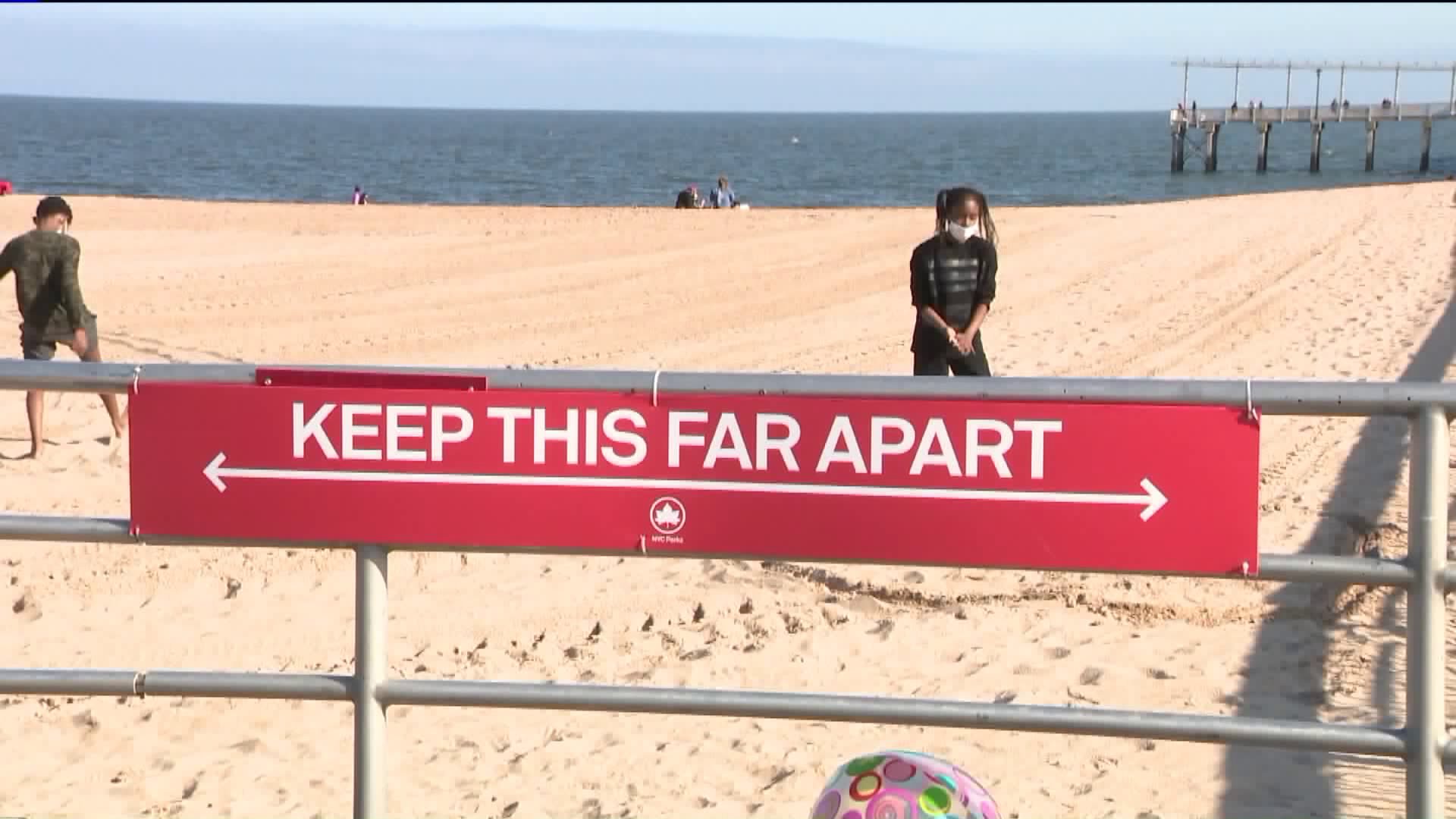 After a delay due to the coronavirus pandemic, New York City's eight public beaches reopen for swimming Wednesday. Lifeguards will be on duty daily from 10 a.m. to 6 p.m. and beaches will be capped at 50% capacity, with social distancing rules in effect.

NEW YORK CITY — After a delay due to the coronavirus pandemic, New York City beaches reopen for swimming Wednesday.

Lifeguards will be on duty daily from 10 a.m. to 6 p.m. and the beaches will be capped at 50% capacity, according to Mayor Bill de Blasio.

The mayor has laid out important safety guidelines for beachgoers:

The news was announced by de Blasio in late June, about a month after New York's state-controlled beaches opened fully for the Memorial Day weekend, despite the mayor keeping city beaches closed.

At the time, the decision caused many Long Island beaches to restrict access to local residents due to concerns of city dwellers traveling out to hit the sand.

The latest development in New York's reopening comes as Gov. Andrew Cuomo considers delaying the start of indoor dining in the city.

Indoor dining is currently scheduled to begin on July 6 when NYC enters Phase 3. Cuomo is expected to announce his decision Wednesday.