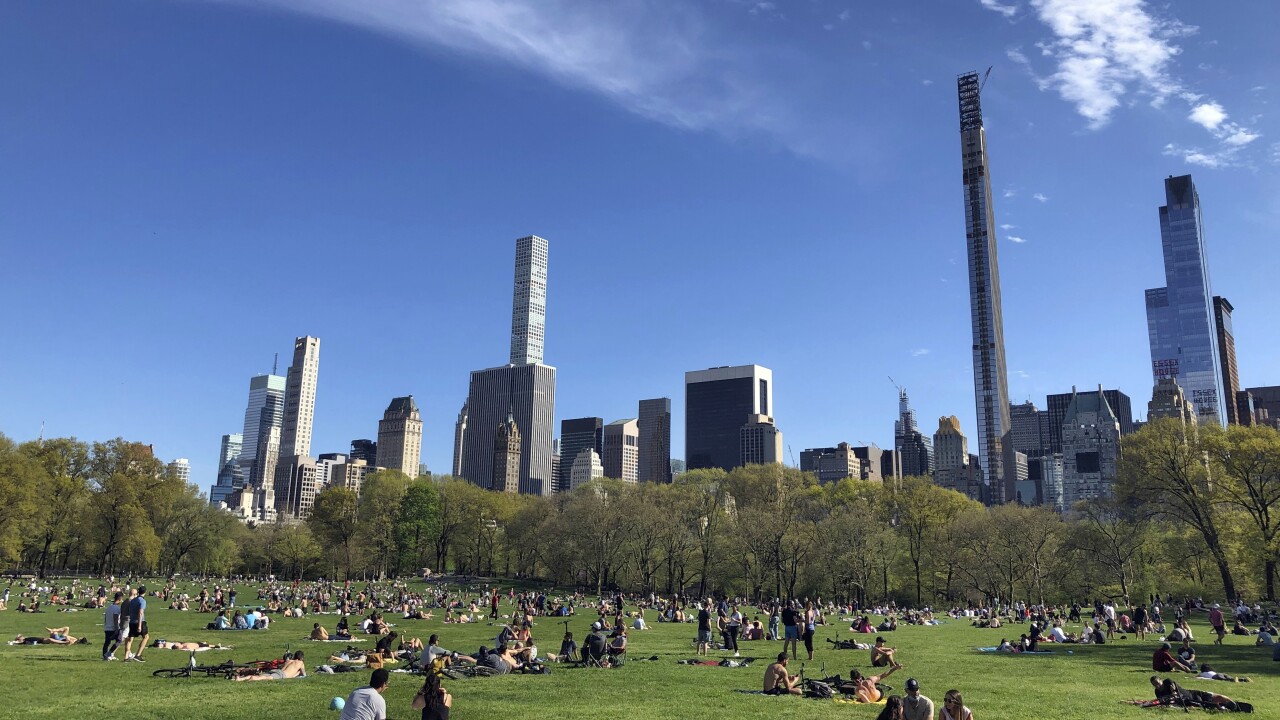 NEW YORK CITY — New rules limiting access to some of New York City’s most popular parks are in effect this weekend as city officials strive to balance New Yorkers’ need to stretch their legs with enforcing social distancing rules amid the COVID-19 pandemic.

Beginning Saturday, the NYPD is restricting access to Sheep Meadow in Central Park as well as Piers 45 and 46 in Hudson River Park, according to Mayor Bill de Blasio.

Police will also be keeping a closer eye on overcrowding at Domino Park in Brooklyn as well as in the Rockaways, Coney Island and Orchard Beach.

The city’s 2,260 social-distancing ambassadors will be on patrol as well.

The NYPD will no longer ticket people for failing to wear a mask, de Blasio said, but officers will continue to disperse large gatherings that are most likely to present a risk of spreading the coronavirus.