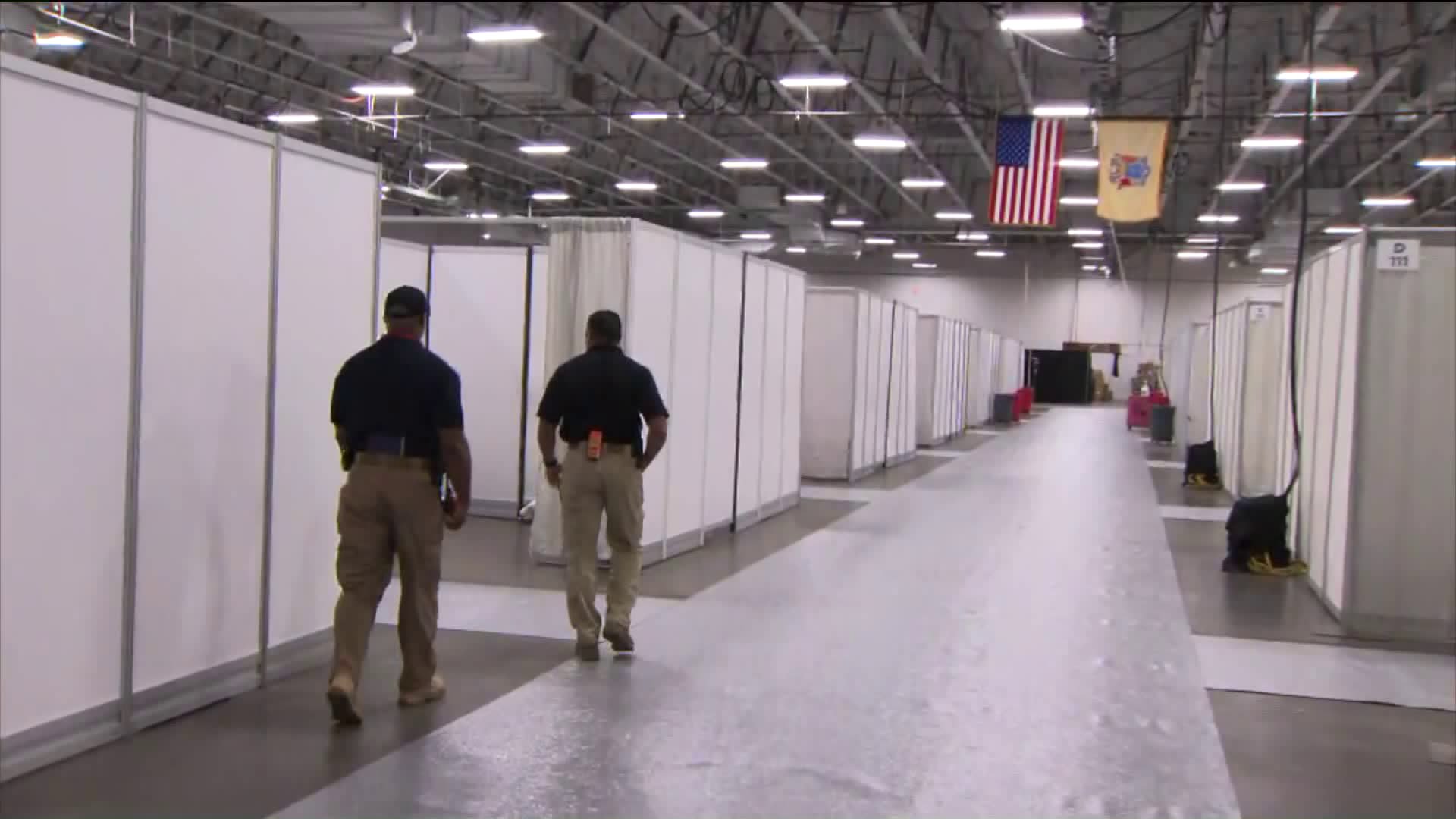 Gov. Phil Murphy says New Jersey’s death toll from the coronavirus surpassed 1,000 people, even as the state is beginning to flatten the curve of the virus. Officials say New Jersey is likely weeks away from hitting the peak of the outbreak.

SECAUCUS, NJ — New Jersey's worst scenario could involve over a half-million residents getting diagnosed with COVID-19, depending on how many residents strictly adhere to the statewide stay-at-home order.

The state expects the virus to peak between April 19 and May 11.

"The curve is flattening, but this is no time to spike any footballs or take our foot off the gas," said New Jersey Governor Phil Murphy. "We still have a week-and-a-half to go at least before we hit the peak."

The state health commissioner said they are aggressively moving to open field sites as there will be significant uptick in hospitalizations in the next two weeks. President Donald Trump said New Jersey will get access to some of the beds on the USNS Comfort in New York.

New Jersey’s first field hospital opened Monday in Secaucus to volunteer health care workers. The 250-bed facility is housed inside the Meadowlands Exposition Center. It will open to patients on Tuesday.

"As a nurse, this is what I have to do to help," said Cleide Costa, a Pennsylvania nurse with 27-years of experience who volunteered to man the New Jersey hospital for 12-hour daily shifts.

She's even paying for her own hotel stay.

Despite selfless acts by some, the state reports that others continue to flout social distancing orders.

In Rumson, two men are facing charges after police say a homeowner, John Maldijan, 54, threw a concert in his front yard for about 30 people and streamed it live on Facebook. When police ordered partygoers to disperse, some cursed out the officers.

The incident prompted an uproar on social media.

At Monday’s press briefing, Governor Phil Murphy showed a photo of a GI soldier carrying a donkey through a mine field.

"To all the jackasses out there, who we now have to carry to make sure they don't make life worse for the rest of us, we know who you are and we will not relent," said the Governor.

Listening to the state's order — could now be more crucial than ever.

"The reality of what is coming down in the next couple weeks, we are doing everything we can, but these parties may lead to someone not being on a ventilator and that's the truth of it," said New Jersey State Police Col. Patrick Callahan.

An additional 86 deaths were reported, pushing the state to 1,003 dead.

One of the dead is Jersey City Councilman Michael Yun, a father and grandfather who served his city for nearly 3 decades.

"We will miss him and we will continue to aggressively fight against this pandemic, now in his honor," said Jersey City Mayor Steven Fulop.

With holidays nearing, including Passover, Easter and Ramadan, state officials are renewing their call for residents to stay home.