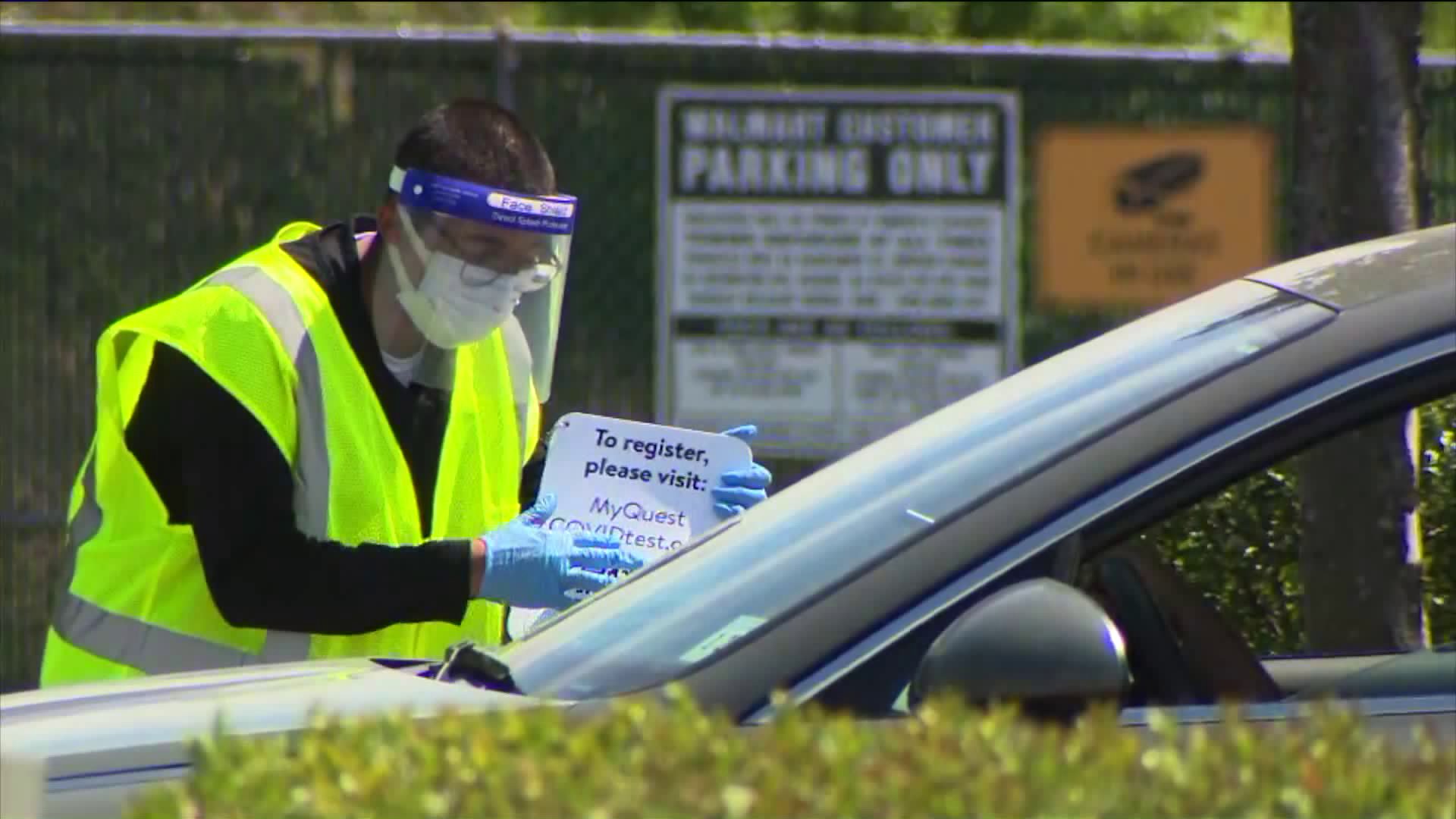 TRENTON, N.J. — New Jersey is expanding coronavirus testing to outside of seven Walmart stores in the state starting on Friday.

The state will have seven Walmart locations where people can make appointments to self-administer and self-swab a test for COVID-19. They can be done at the following locations:

Customers can drive up to the testing locations between 7 a.m. and 9 p.m. daily three days per week, weather permitting. An appointment is needed. People wanting tests can schedule them here.

Walmart workers who have volunteered to help are already setting up outside the Kearny Walmart store location. They will work with professionals from Quest Diagnostics to provide self-swab tests to those who drive up.

Testing will be offered on Mondays, Wednesdays and Fridays, as well as next Tuesday.

This will help propel the state toward it’s goal to administer 20,000 coronavirus tests per day by the end of this month.

"The state has been working to expand access for testing for all populations, with a special emphasis on most vulnerable since they are at most risk for COVID-19 complications," said New Jersey Health Commissioner Judy Persichilli.

But as testing becomes more widespread, so are scammers.

"A contact tracer will not ask for your social security number, your bank or credit card number or your insurance information over a text or over the phone," said Persichilli.

With the number of hospitalizations down by over 50% from a month ago, New Jersey Governor Phil Murphy moved to re-open car dealerships yesterday. During the height of the pandemic, you could shop online only before going to pick up your new car at a dealership. Now, showroom will be open, but by appointment only.

"Most consumers want to go and kick tires and sit in a car and make sure it's exactly what they want," said Jim Appleton, President of the New Jersey Coalition of Automotive Retailers. "So for those consumers who were frustrated by the online shopping experience and who didn't feel comfortable making that major purchase sight unseen, this is helpful news."

Gov. Phil Murphy has also had conversations with the NFL and the New York Giants about reopening. The NFL is beginning to bring non-player personnel back to work.

"It’s too early to tell what the season looks like but they're beginning to put in motion the process of their front office folks getting back in," said the governor. "And where they can continue to work from home, it sounds like they will continue to do that, but they're gonna begin to have some kind of a physical presence around the league coming in the weeks ahead."

The governor said he plans to make more announcements on re-openings tomorrow. He wouldn’t say what, but said they would all pertain to activities that can be done outside, since indoor activities pose the greatest risk for spreading the virus.