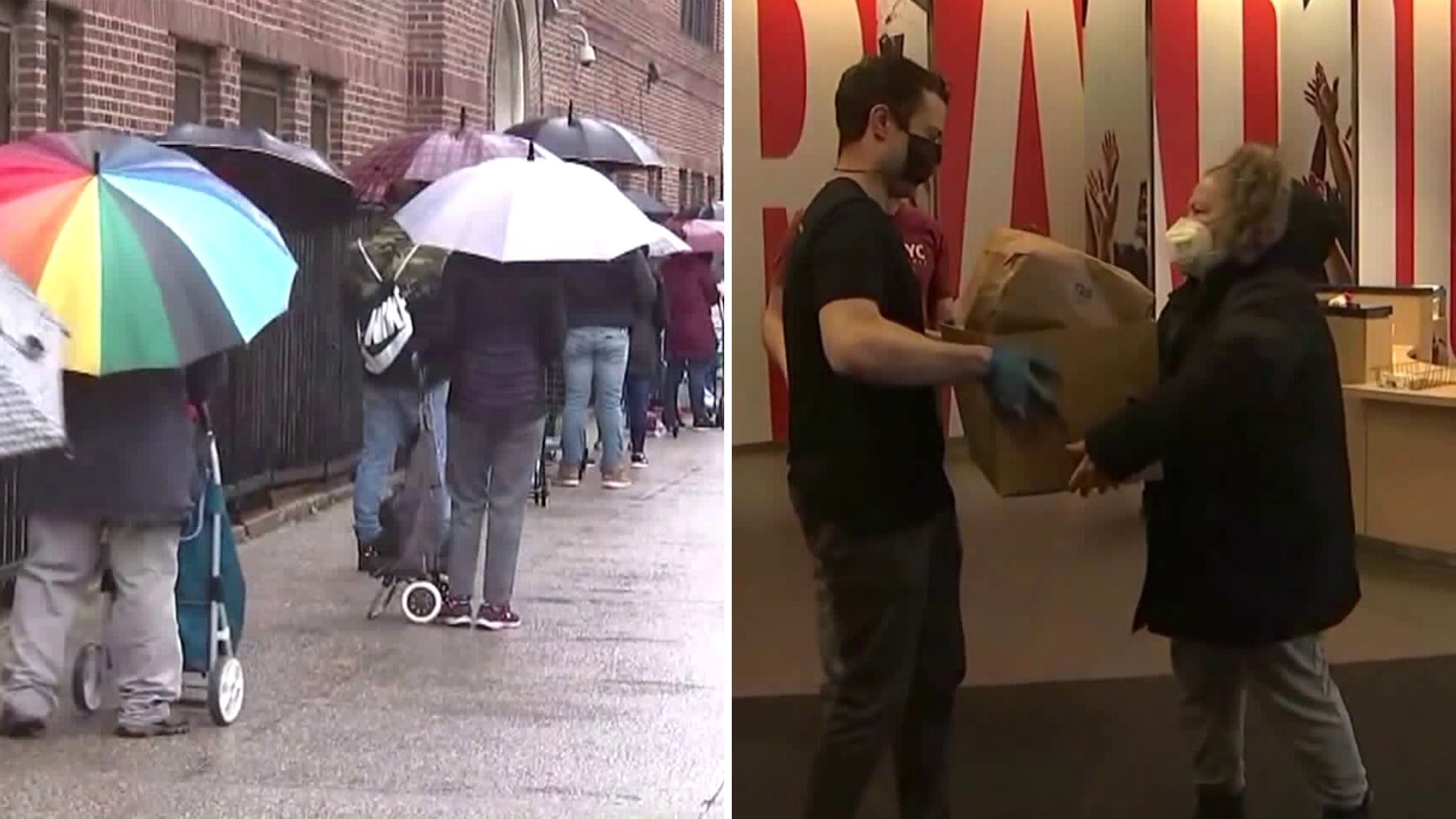 With nearly 2 million people, about a quarter of New York City, set to face food insecurity during the COVID-19 outbreak, food pantries can't keep up and the city is scrambling to meet the demand. Mayor Bill de Blasio Sunday said he is expanding the city's GetFood program to help more people get meals who need them.

New York City is dealing with a crisis within a crisis as nearly two million people — a quarter of the population — will face food insecurity during the COVID-19 outbreak.

Food pantries can't keep up the pace, and the city is scrambling to meet demand.

“There's a lot of New Yorkers who now have to ask a question they never thought they'd ask. And that question is, where's my next meal coming from?” Mayor Bill de Blasio asked.

Many of those New Yorkers are middle and working class, who just a few weeks ago, never had to question where their next meal would come from.

Others are homebound or relied on family members who were bread winners and now don't have any income.

About 1.2 million New Yorkers face food insecurity at any given time of the year, but because of the crisis, that number may increase by a million.

Mayor de Blasio announced he was expanding the city’s Get Food program to meet demand, vowing that everyone who needs help will receive it.

“There is no shame in asking for the help you need, and we want to make it as easy as possible for you and your family,” he said.

The city can currently deliver three million meals per week, but the mayor said that number may go up to a million per day if that’s what needs to happen.