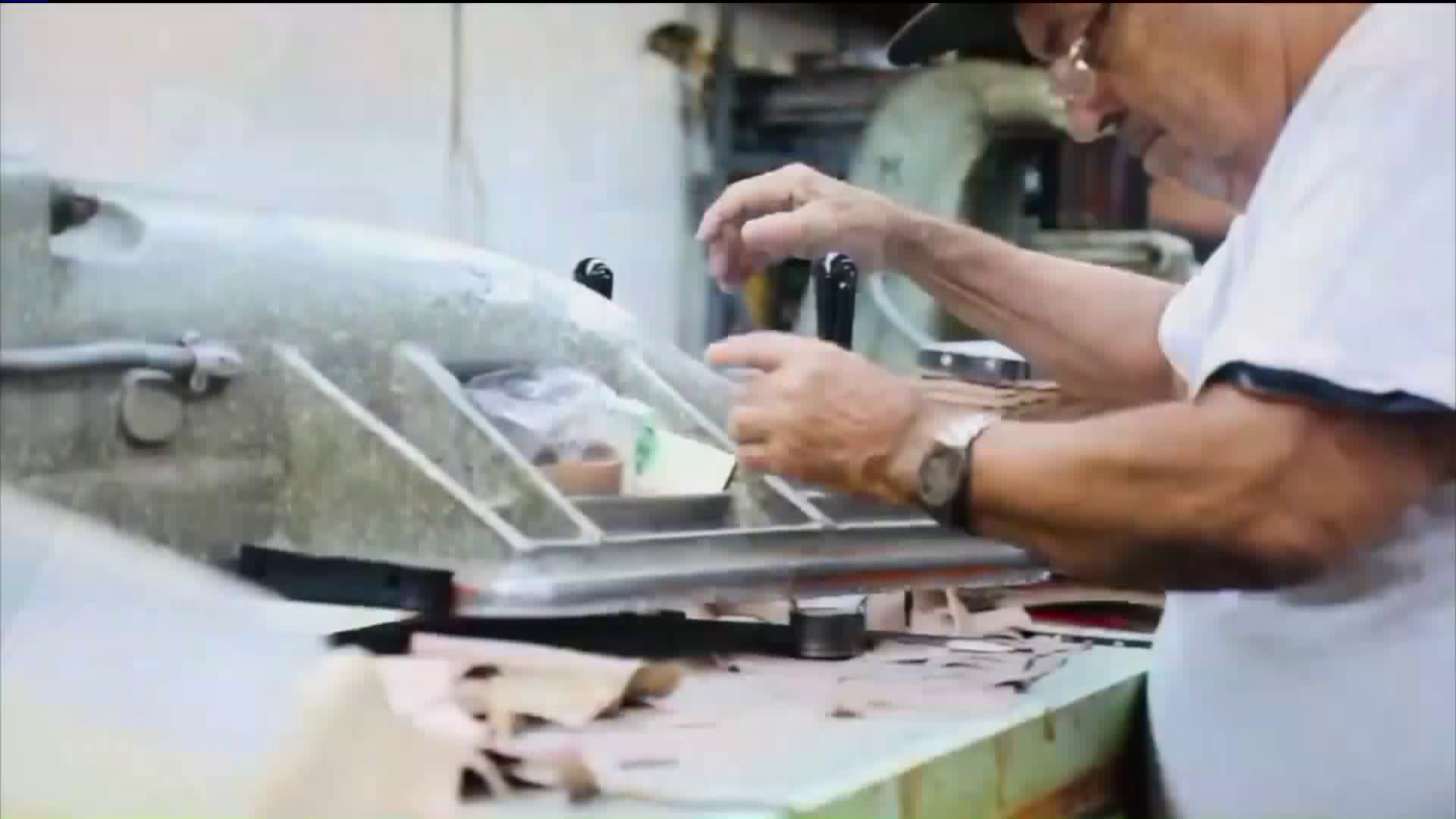 The companies have stepped — much like in the navy yard's past.

BROOKLYN — During World War II, the Brooklyn Navy Yard earned it's nickname as the "Can Do" Yard.

As many people compare the fight against the Coronavirus to war time in our country, the Navy Yard is once again living up to it's nickname.

"This is really an example to everyone in this city and everyone in this nation about how we're going to fight back," Mayor de Blasio said during a tour of what he called a "war time" factory Thursday.

"So everybody, thank you. God bless you all."

At the Brooklyn Navy Yard, manufacturers are shifting their businesses to focus solely on providing Personal Protective Equipment for medical personnel.

On Friday, Michael Bednark started working on ideas for a face shield. By Saturday he had a prototype and after meeting with the city he had an order for 120,000 shields by Sunday.

Today, he's partnering with Mike Duggal of Duggal Visual Solutions to produce up to 18,000 shields per day.

"The real heroes in this are the people that are out here," Duggal said. "I'm amazed at some of the stories. Some of them are leaving their homes in Connecticut, knowing that by coming here they have to self quarantine afterwards."

For many of the workers, it's an opportunity to help in the fight while earning $18 an hour at a time when they'd otherwise be out of work. While these companies are already helping on the front lines, there are hundreds of others ready to lend a helping hand waiting in the wings.

The Economic Development Corporation has received more than 500 offers from different companies ready to help. Companies like Park Avenue Trimming, where owner Alexander Debagh says his team is ready to make masks, gowns, and booties if he's given the green light.

"Anything that can be stitched or glued together, we should be able to create no problem," said Debagh. "I could probably create a few hundred to a few thousand masks per day depending on the construction."

Over in the South Bronx, Eric Beroff at Spoiled Rotten USA was already making lower grade masks when he was forced to shutdown. Now, he's asking to be deemed one of the essential businesses so he can get back up and running, but like so many others he's still waiting to hear back from the governor or mayor.

During his tour of the Navy Yard, Mayor de Blasio said that he has been appealing to the federal government for help. While New York City still needs that help, the Mayor says makeshift factories like this one here in Brooklyn show that the city is not just waiting, they're doing something about it.