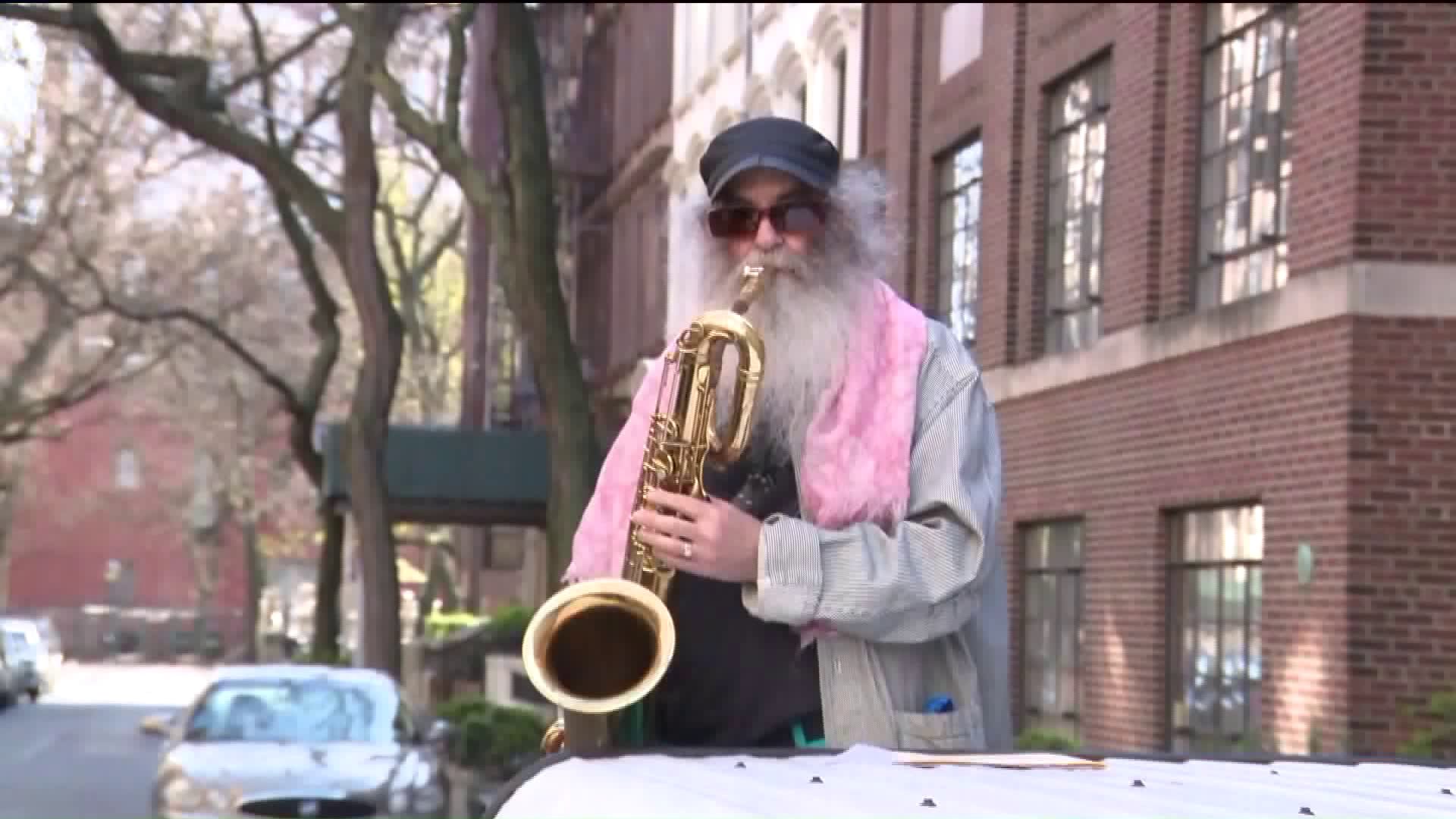 These performers are planning pop-up shows to keep the music playing.

BROOKLYN — This show is actually a very limited engagement.

Band members from around New York City observed the appropriate social distance by arriving in their own vehicles. The six-piece ensemble then performs for the nearby residents and passers-by.

A group of musicians organized Concerts From Cars to present a show in the neighborhoods of New York City.

They also have seen their gigs get canceled.

“One of the things I've been missing is making music with other people,” said Nick Lyons after stepping down from his red car.

They started recently and hope to appear at least once a week.

Dan Kurfirst on drums say they found a way to include musicians who don’t have vehicles. “We drive to their place and we play with them,” he says.

They also take requests on their @ConcertsFromCars Instragram account.

The project is produced by Olga Morkova with Centerpoint Arts.

As the musicians played along Columbia Heights, people opened windows and clapped. Others danced in the street. They were reminded to maintain the safe social distance.

”That’s the joy of music. We're together and play,” said David Swelson on saxophone.

Andrew Drury was on percussion for the Tuesday performance at three Brooklyn spots. “For our well being and mental health, we need some stiff like this to kick in,” he said.