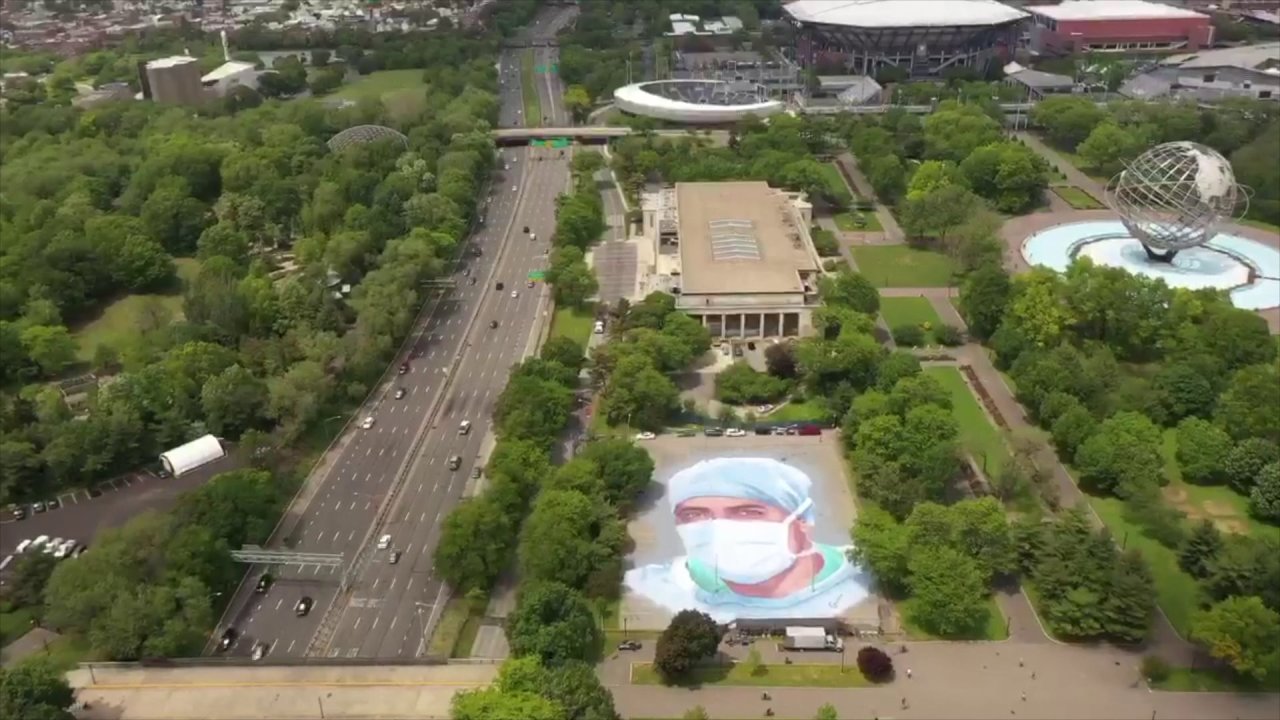 A massive mural was painted in New York City to honor and remember the health care heroes lost during the pandemic. 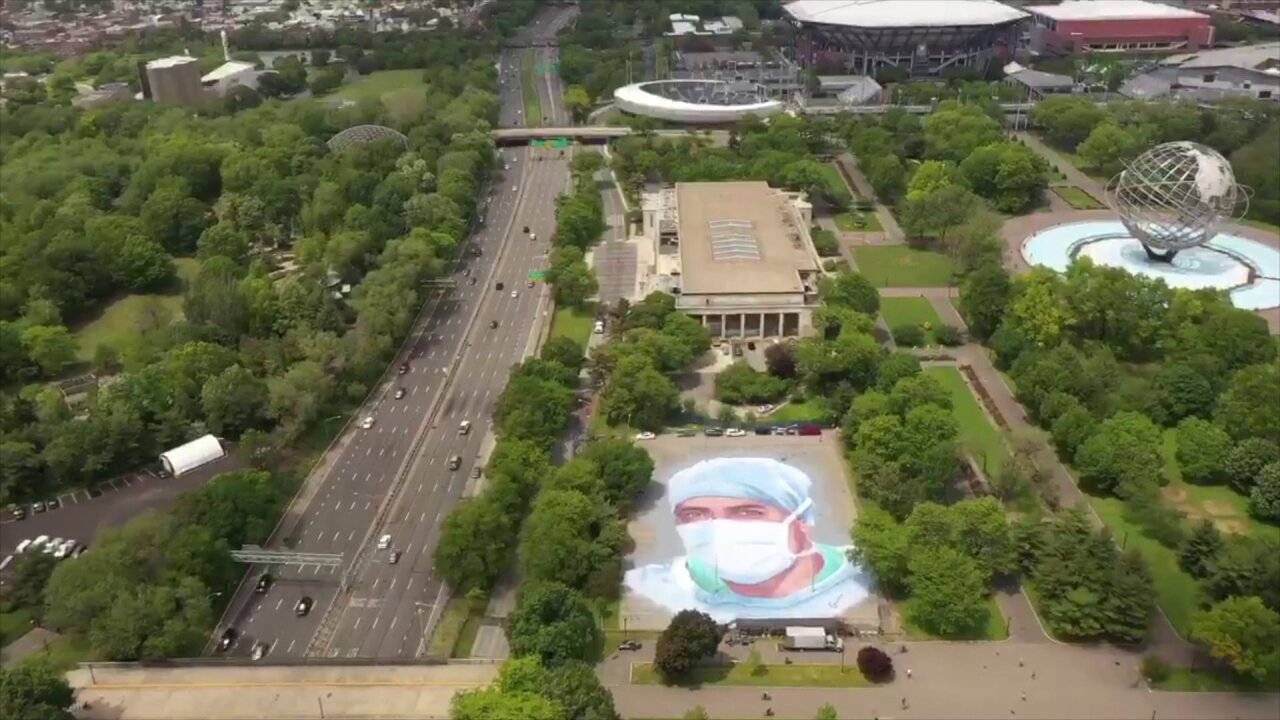 QUEENS — A massive mural was painted in New York City to honor and remember the health care heroes lost during the pandemic.

The 20,000-square-foot artwork near Flushing Meadows Corona Park in Queens is already becoming an attraction for families who want to pay tribute to those who died of COVID-19.

It’s a mural with a message, commissioned by SOMOS Community Care, a network of 2,500 physicians.

Dr. Yamaris Pena said it pays tribute to Dr. Ydelfonso Decoo, a physician who lost his life on the front lines helping others battling COVID-19.

Decoo was also one of Pena’s mentors.

“He will be remembered as one of the pioneers in the medical communities, in under-served communities,” said Pena.

The piece, called “Somos La Luz,” is Spanish for “We Are Light.”

It was painted by Cuban artist Jorge Rodriguez-Gerada.

Ana Peralta traveled from Greenpoint, Brooklyn to see the mural with her family on her mom’s 91st birthday.

Dr. Ramon Tallaj, founder and chairman of the board of SOMOS, said the mural also serves as a way to remember all those who died during the pandemic, particularly people of color who were disproportionately affected by the virus.

“We should never be invisible,” said Tallaj.