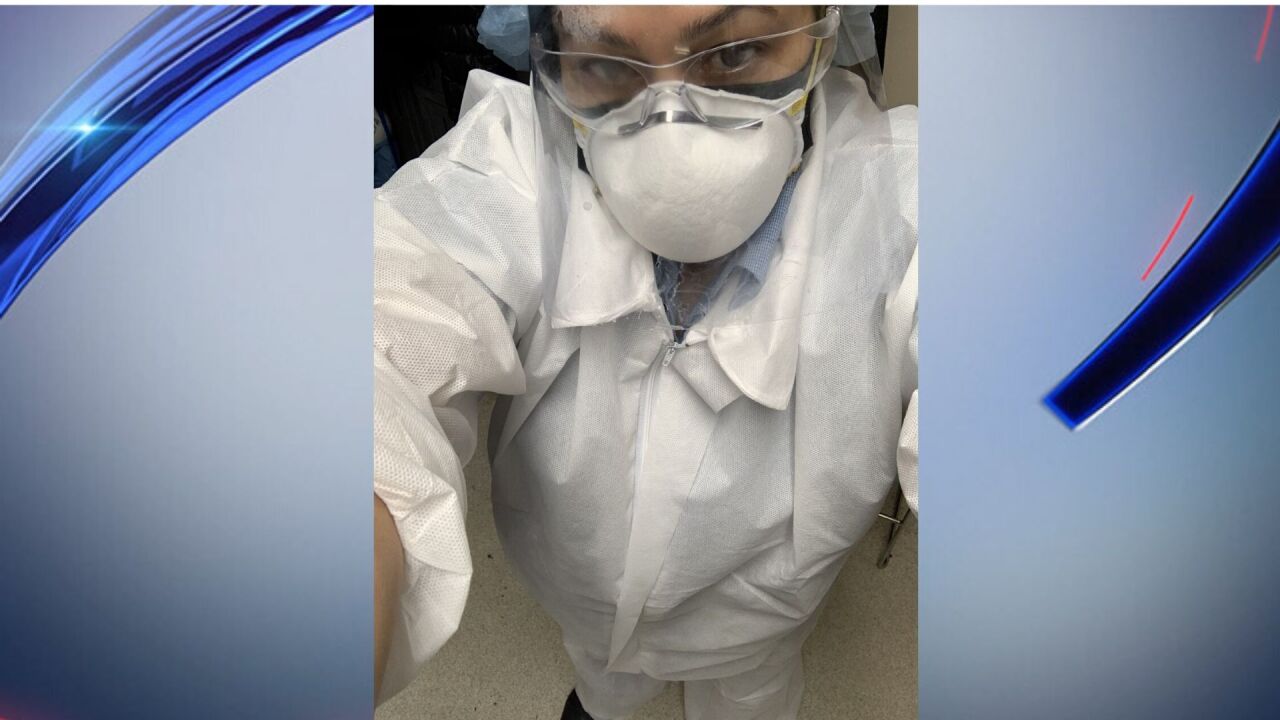 Handout
Leandra Feliz said she had a health scare after working in an ICU with COVID-19 patients.

THE BRONX, N.Y. — Leandra Feliz, the mother of slain Bronx teen Lesandro “Junior” Guzman-Feliz, had a health scare while working as a housekeeper in the Intensive Care Unit at St. Barnabas Hospital during this COVID19 pandemic.

Feliz said the fever stayed with her for three days.

“By Monday morning, my fever went down to 100,” she said, but she was still feeling chills, dizziness and a headache.

“I called my supervisor and said ‘I’m so weak, I have no power to work,’ so they sent me to do the test,” she said. “The test came out negative, thank God.”

However, since she was still showing symptoms of illness, Feliz said her doctor told her to stay home for two weeks. She has since been self-quarantining and is expected to return to work Tuesday.

Feliz became well known to New Yorkers and people around the world in June 2018, when her 15-year-old son was chased for blocks by members of the Trinitarios gang to a bodega on Bathgate Avenue in the Belmont section of the Bronx.

He was dragged outside to a sidewalk and his fatal stabbing was captured by multiple cameras, horrifying millions of people who followed the subsequent criminal case against the gang members.

The teen had walked a block to St. Barnabas Hospital — where his mother works — with a lethal stab wound to his neck. He collapsed at a security booth near the emergency room.

His mother has continued working in the ICU at St. Barnabas. She wears a yellow gown, N95 mask, and goggles to enter the rooms of COVID19 patients.

“I just pray to God to come with me … For God to protect me,” she said. “Only God can help you in this pandemic.”