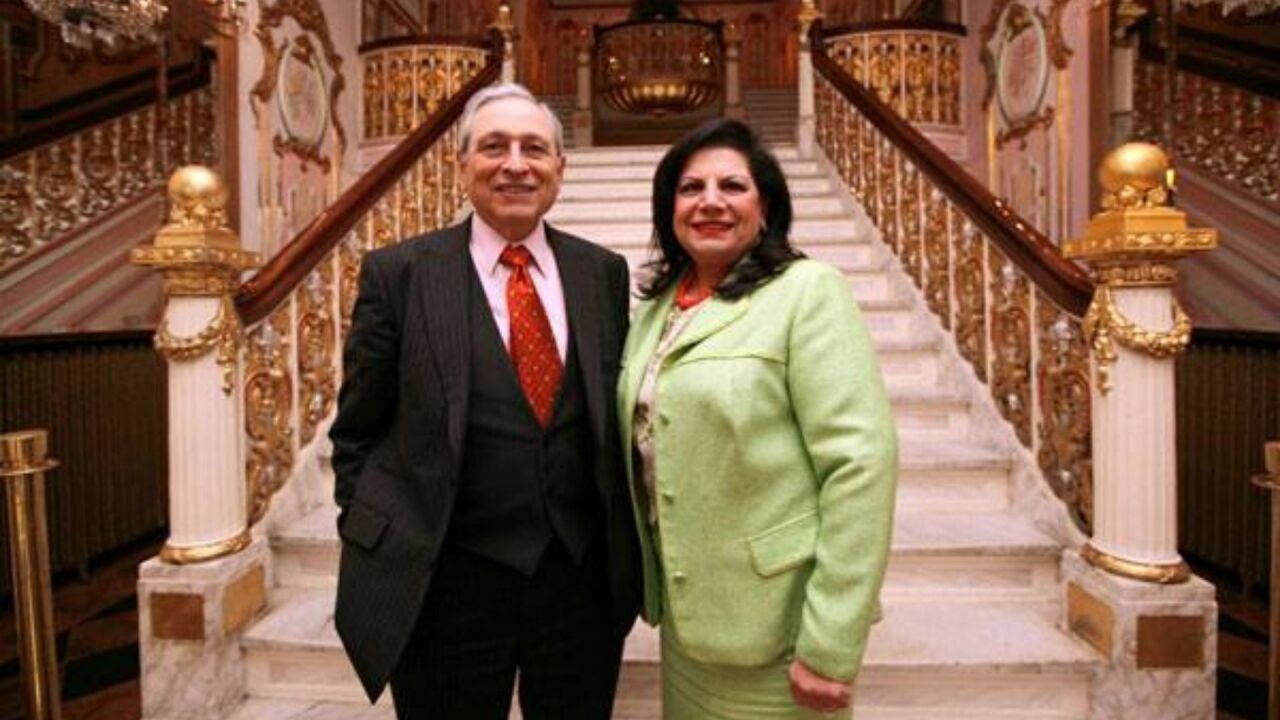 Halkias died Wednesday, the news shared by New York Senator Andrew Gounardes on Twitter, who remembered the businessman as a "man with a big vision and an even bigger heart."

"He made dreams come true for thousands of people who celebrated at his hall," Gounardes wrote. "May his memory be eternal."

Halkias is best known to most New Yorkers for the catering hall's arguably iconic local television commercials, in which he appeared alongside his wife Alice, who famously exclaims, "We make your dreams come true!"

Greek news outlet Anamniseis posted of Halkias' death on Facebook, writing in Greek that he was "defeated by COVID-19."

Halkias owned the lavish Park Slope hall with his wife since 1981, according to the New York Post.

Grand Prospect Hall and its TV ads are so synonymous with New York that they were spoofed by "Saturday Night Live" last year.