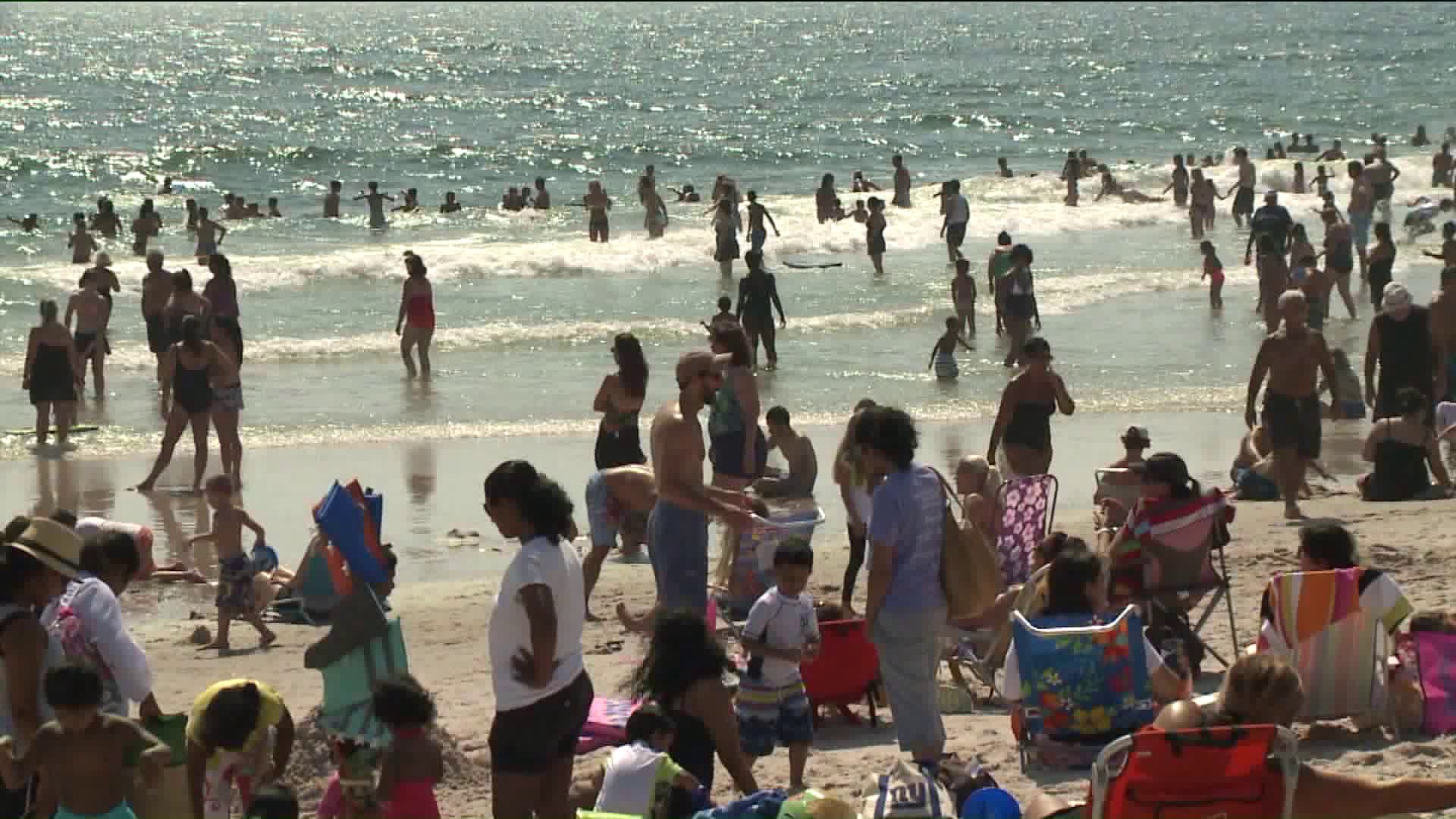 County officials are now working to stop out-of-town residents from flocking to Nassau and Suffolk's shores, which will be restricted to 50% capacity, per Gov. Andrew Cuomo, who announced last week that state and local beaches could begin to reopen for the holiday.

To prevent overcrowding, Suffolk beach attendants will ban anyone from outside of the county from spending the holiday there by checking identification upon entrance during the holiday weekend.

"We know we have limited capacity because of COVID-19. We know there are municipalities who are not opening, and I have to make sure Suffolk residents have access to their beaches,” said county Executive Steve Bellone.

Over in Nassau County, after Republican groups pushed for a bil that would similarly restrict beaches there to local residents, county Executive Laura Curran said in a tweet Tuesday morning she plans to sign legislation designating Nickerson Beach for use by county residents only.

It was not clear at the time of this update if this would be just for the holiday weekend or for the entire season.

"My number one priority will always be the health and safety of our residents," Curran wrote.

Curran initially said Monday she understands de Blasio's decision to not open city beaches. "As hard hit as we have been on Long Island, New York City has really been the epicenter of this crisis," she said at the time.

The reactions are in direct response to Mayor de Blasio standing firm that this Memorial Day won't be like any other. Beaches will remain closed citywide for now.

“It's not beach season, meaning we're in a different reality – we’re in a pandemic,” said de Blasio Monday.

He’s even ordered the parks department to put up fencing if overcrowding becomes an issue at city beaches or New Yorkers ignore his orders.

“If you want to walk on the beach, you know, fine. Enjoy that. But no swimming, no lifeguards, no parties, no barbecues, no sports,” the mayor explained.

On Tuesday, while talking to the PIX11 Morning News, de Blasio clarified that sitting on city beaches would be allowed, so long as social distancing is respected.

It is currently unclear whether these restrictive beach measures would continue past Memorial Day for New York City.