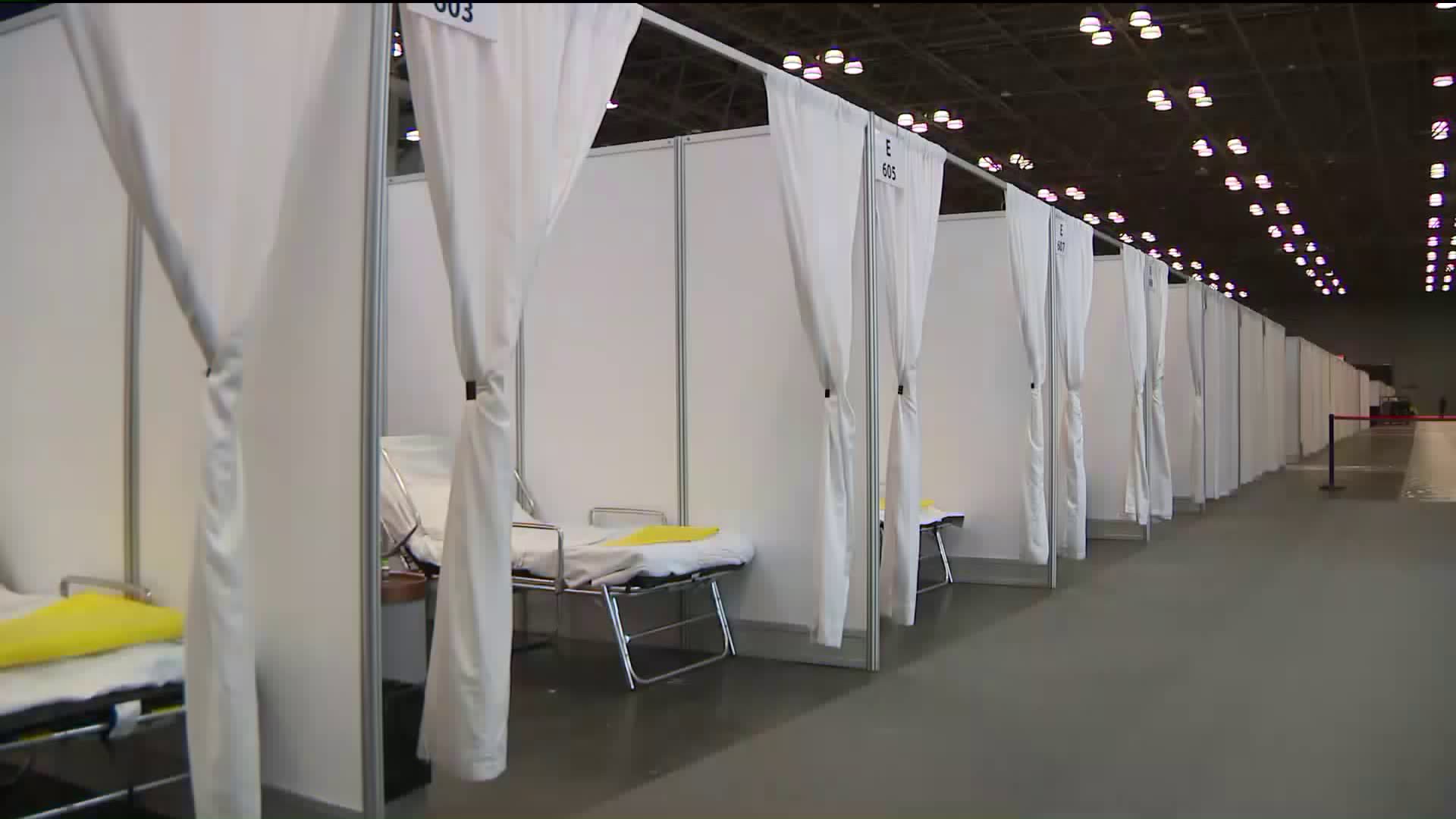 Gov. Cuomo was at the Javits Center as military members worked on the 1,000 bed field hospital.

HELL'S KITCHEN, Manhattan — It's usually used to showcase cars and boats, or to host conventions. As of Friday morning, however, the Jacob Javits Center is a 1,000 bed hospital.

It's the first of what Gov. Andrew Cuomo is hoping will be eight medical facilities in the New York City metro area.

Friday's dedication of the temporary facility was a reminder, though, of how great the need is, and of how hard-pressed the state will be to meet it.

"This is gonna be weeks and weeks," Gov. Cuomo said about the mission ahead to some of the National Guard troops who'd built the temporary facility, as well as to those who will staff it starting on Monday.

"But you'll also be proud of what you did," said the governor, who is the commander in chief of the state National Guard.

The civil engineering unit that built the hospital is based in Brooklyn.

"It helps that we're serving New York, because our families are home," said Specialist Emanuel Morales, one of the National Guard soldiers. "Having that in our hearts and our minds," he said, "pushes us to get this thing done."

"It's not every day," said Sgt. Quinton Hunter, "[that] you can call a bunch of people together to make a mission like this."

The facility they built is made up of row after row of hospital beds — 1,000 of them — separated by curtains. The facility will be for non-coronavirus patients, so that hospitals already getting inundated can focus more closely on patients who've tested positive for COVID-19.

"You did such a good job," the governor told the troops, "that I'm asking for four more."

He wants one more of these facilities in each other borough of New York City. However, Cuomo said, that may be a ways off, despite the need.
"The timeline to build them is ten days," he said. "But first we need the approval. That's up to the president."

What's also up to the president, said the governor, was procuring enough ventilators for the coming need statewide.

As of Friday evening, it was not yet clear how the executive order would affect New York's need.

Meanwhile, at the Javits Center, a closer look at each makeshift hospital room shows that they're designed to promote comfort and hope. Each room has a potted plant; many have humidifiers.

It's a scene meant to not only buoy patients, but to also encourage for the practitioners in uniform. It's why their commander in chief had a message for them that was decidedly straightforward.

"Go out there, today," he told the assembled troops, "and we kick coronavirus ass, that's what I say."