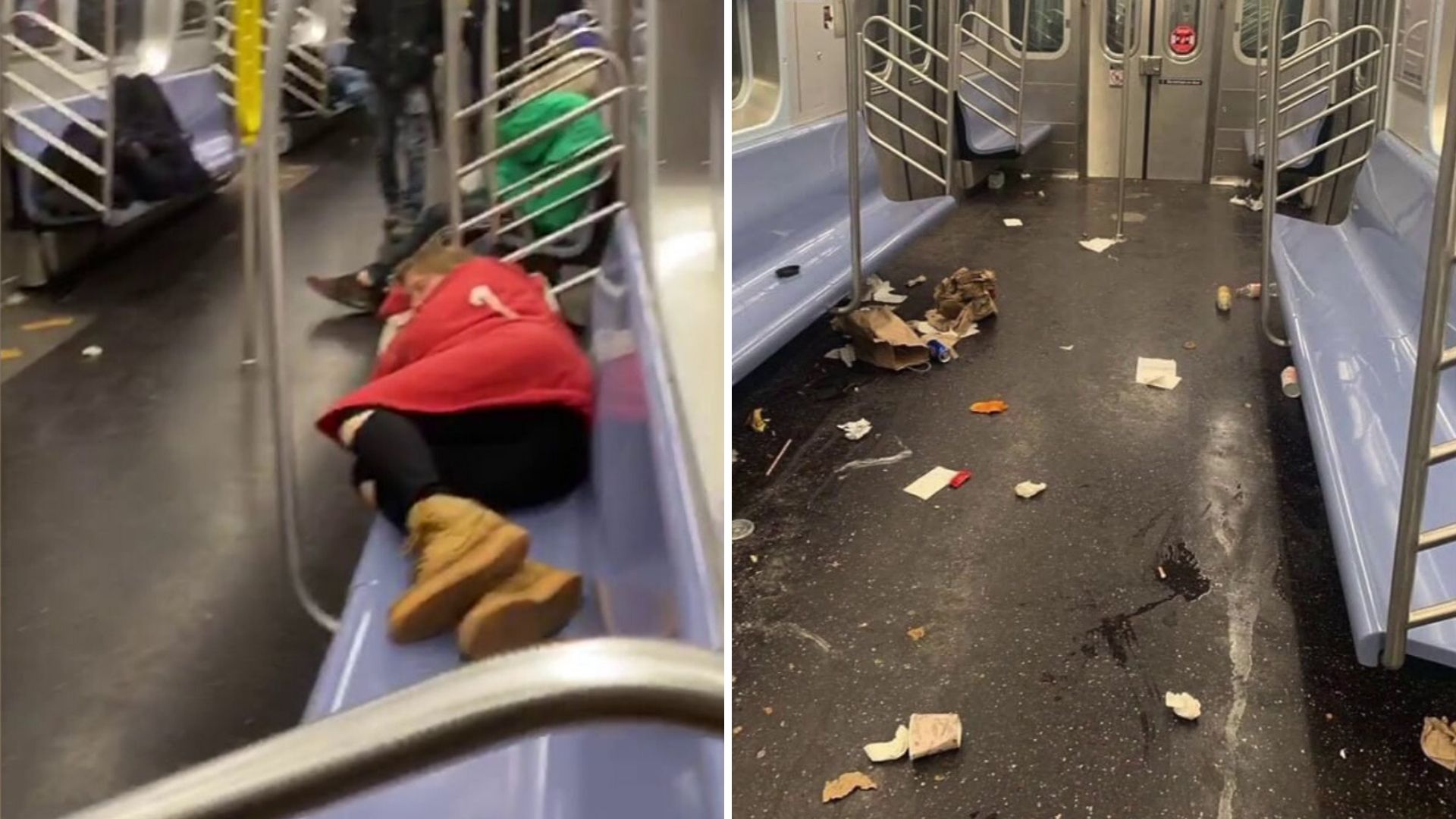 Essential workers on the front lines of the coronavirus crisis are many days forced to commute on filthy city subway trains filled with sleeping homeless people, and the interim head of New York City Transit has seen enough. In a New York Post op-ed overnight, Sarah Feinberg called out Mayor Bill de Blasio, saying City Hall has decided the homeless taking over trains is not a priority. Now, the mayor has proposed the MTA shut down 10 "end of the line" stations across the city between midnight and 5 a.m. to allow for cleaning and to avoid trains becoming a shelter for the homeless.

NEW YORK CITY — Mayor Bill de Blasio is calling on the MTA close some subway stations overnight amid reports of the homeless taking over trains as they seek refuge during the coronavirus crisis.

City Hall's station closure proposal is part of a bigger plan to offer more shelter beds and outreach for the city's homeless population.

As part of the plan, 10 "end of the line" subway stations across the city would shut down between midnight and 5 a.m. to allow for MTA staff to properly clean trains and to keep the homeless from taking shelter on the trains.

The plan also includes 200 new Safe Haven beds set to open this week, as well as plans to have outreach teams located by the closed stations in an effort to engage with the homeless who are looking for a place to sleep and offer additional help.

Stations proposed to be closed overnight and targeted for the outreach:

"Happy the city has agreed to do more to provide safe shelter for homeless New Yorkers as we have been asking for months," the MTA's Chief Communications Officer Abbey Collins told PIX11 Tuesday, "We thank NYPD for their partnership and urge City Hall to take additional aggressive actions so we can focus on safely running transit service and not providing social services."

The mayor's move comes after the interim head of New York City Transit Sarah Feinberg called out the mayor in a scathing New York Post op-ed.

Feinberg wrote that the city's attempts to "ignore the existence of this vulnerable, often emotionally disturbed, population has made its presence in the system a growing frustration for essential New Yorkers riding the subways," and transit authority employees working on the trains and in the stations.

"Our customers shouldn’t have to board a car that has multiple people using it as a shelter and as a trash receptacle or toilet," Feinberg wrote.

The op-ed called on Mayor de Blasio to take action and said the MTA is changing their Code of Conduct to make it "abundantly clear that the transit system must be used by people for transport only — not for sheltering, sleeping, storing belongings or panhandling."

"We will enforce these new regulations in close coordination with our NYPD partners and the MTAPD," Feinberg affirmed.

Gov. Andrew Cuomo on Tuesday called recent photos of filthy subway cars "disgusting" and "disrespectful" to essential workers who rely on the trains.

"We have to do better than that, and we will," he said.