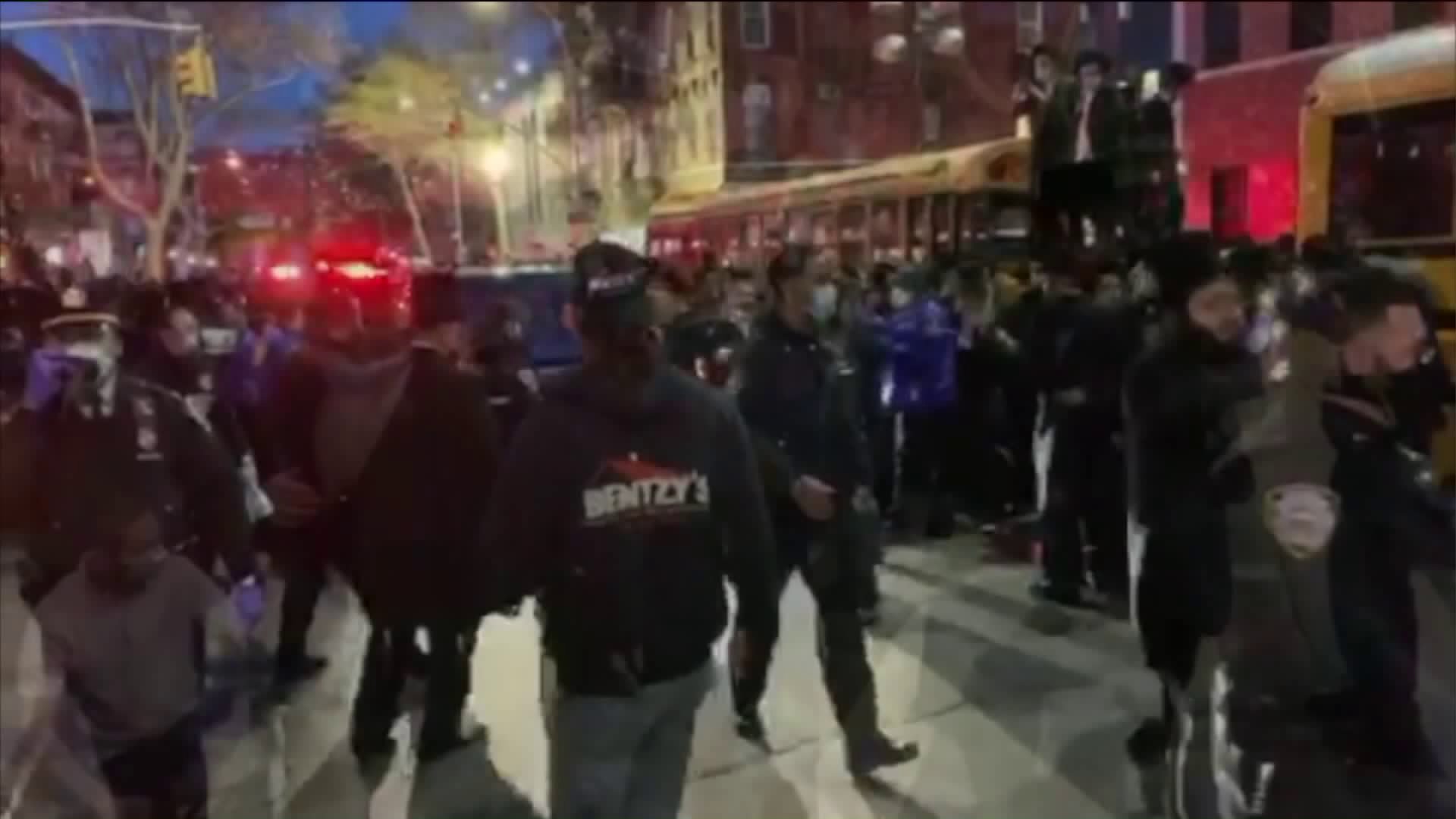 Mayor deBlasio is defending his warning to the Jewish community.

“People’s lives were in danger right before my eyes, and I was not going to tolerate it,” de Blasio said at a press availability Wednesday.

The mayor and police department have been frustrated by areas of the city that don’t seem to have regard for social distancing during the coronavirus pandemic.

On Tuesday evening, when the mayor heard a crowd of several thousand Hasidic mourners were gathering on Bedford Avenue to pay respects to the late Rabbi Chaim Mertz — a COVID-19 victim — de Blasio went to the area to see for himself.

He was horrified to see people pressed close together behind barricades lining Bedford Avenue.

One of his tweets said, “My message to the Jewish community, and all communities, is this simple: the time for warnings has passed.”

He suggested people would receive summonses or get arrested in the future for gatherings like this one.

The mayor seemed to be gearing his comments to the Hasidim, who repeatedly got into trouble for holding large weddings and other gatherings in the early days of the pandemic.

But City Councilman Chaim Deutsch tweeted back that the Mayor’s comments could “invite anti-Semitism” and the Anti-Defamation League pointed out there are more than one million Jews in the New York City area, most of them following social distancing guidelines.

The congregation that Rabbi Mertz was affiliated with actually released a statement Tuesday night apologizing for the large crowds, but noted it hoped Jewish people wouldn’t be singled out.

Isaac Abraham, a longtime Williamsburg activist and a member of the Hasidic community, said 3,000 masks were handed out before the funeral and the NYPD assisted in setting up for the event.

“He figured, ‘Whoa! Wait a second, I’m getting reports of this funeral, let me go down there and tweet out and attack them,'’” Abraham fumed.

Abraham complained large crowds flooded the FDR Drive and the West Side Highway Tuesday to see the Blue Angels streak through the sky to honor first responders in the pandemic.

“Thousands of people went to see the fighters go by,” Abraham said. “You could see them without masks from the West Side to the East Side, the FDR Drive.”

Police Commissioner Dermot Shea, at the press availability with the mayor, defended the mayor’s response and said the crowd was not safe for cops to handle during a dangerous pandemic.

“Make no mistake,” Shea said, “This large gathering... is putting members of my department at risk and it cannot happen and it will not happen... and it is going to be met with very stern consequences.”