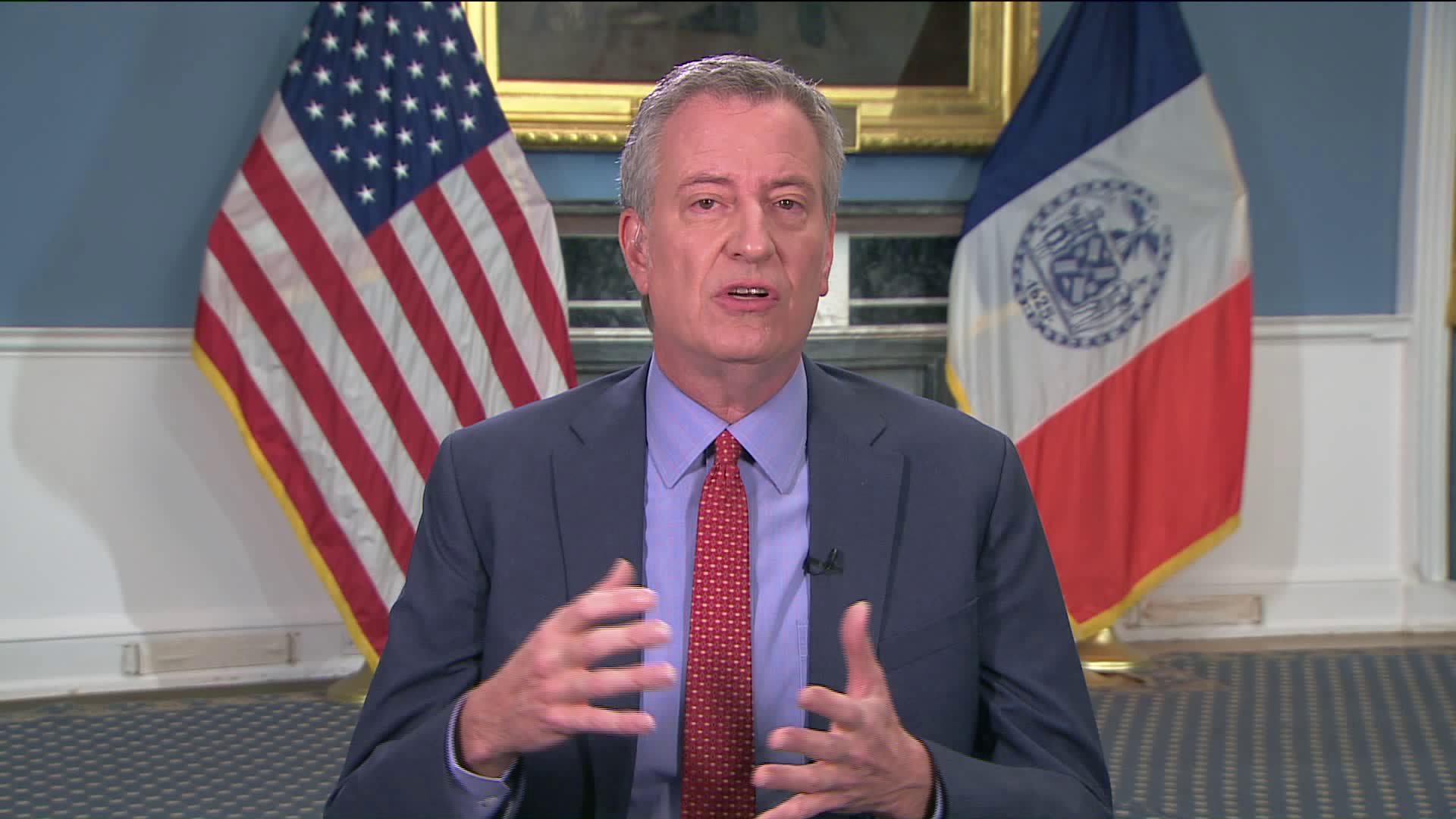 On the first day of New York City's remote-learning program, Mayor Bill de Blasio tells PIX11's Dan Mannarino he "can't see" NYC public schools reopening in April and believes schools could remain closed through the end of the school year. Plus, de Blasio said he has no current plans to shut down city streets but will be announcing a detailed plan Monday for cracking down on New Yorkers not practicing social distancing in public.

City schools officially closed their doors on March 15, with de Blasio at the time predicting the earliest they would reopen would be April 20, a tune he's since changed as the city's COVID-19 cases have skyrocketed with more testing.

De Blasio also mentioned Monday he has no current plans to close any city streets, as Gov. Andrew Cuomo had suggested, but will unveil a new plan later Monday that deals with ways to keep New Yorkers from congregating in large crowds instead of social distancing.

The mayor also said he asked President Donald Trump and Vice President Mike Pence on a Sunday phone call to send military medical personnel to NYC and doubled down on the city's need for more medical supplies, including ventilators.

As of Sunday night, there were 10,764 positive COVID-19 cases and 99 fatalities, according to the mayor's office. About one-third of the COVID-19 cases in the entire nation are in New York City.