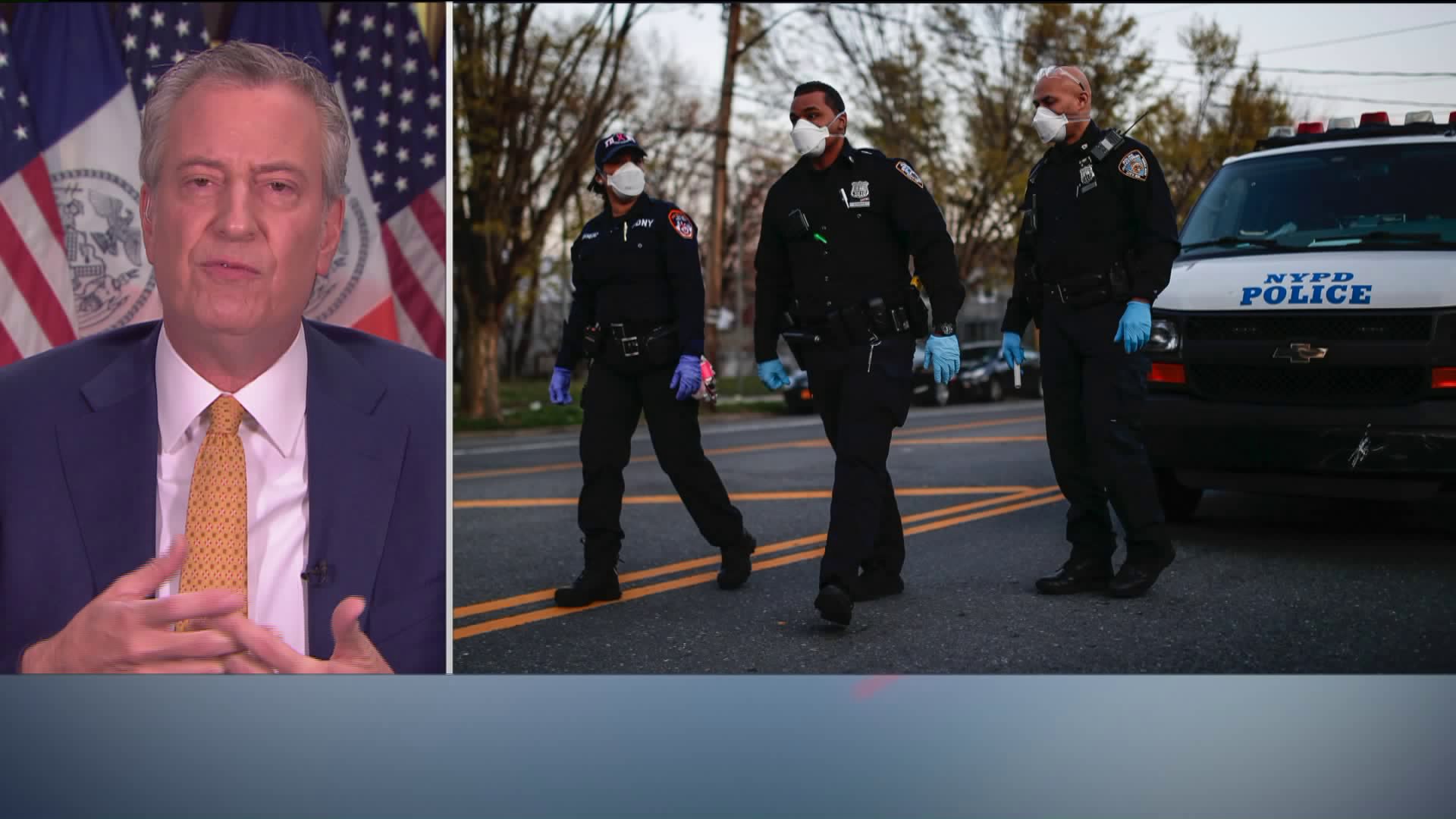 After nearly three months of New York City on “pause,” the Big Apple finally begins Phase 1 of reopening. Mayor Bill de Blasio spoke to PIX11 Morning News about what Phase 1 will look like, as well as the recent days of protests and his decision to shift funding from the NYPD to youth and social services.

Mayor Bill de Blasio spoke to PIX11 Morning News about what Phase 1 will look like, as well as the recent days of protests and his decision to shift funding from the NYPD to youth and social services.

Following 10 days of civil unrest in NYC, de Blasio said protesters have raised “a very good point” when it came to the disparities people are facing.

He also discussed the NYPD’s role during the protests. “The NYPD worked very, very hard to keep peace all over the city.” Though the mayor said “there were mistakes made” during the demonstrations and rallies, the “majority of officers were good.”

De Blasio commended Shea and Monahan for their work, especially during the recent days of protests and “extremely difficult situations.” He added that as the city will shift funds from the NYPD to youth and social services, Shea had previously said that if the department were to have money taken away from their budget, he’d want it to go to helping the youth.

De Blasio also confirmed with PIX11 that street garbage cans, which were removed during protests, are expected to return to streets Monday.

As New York City begins Phase 1 of reopening, the mayor said all worksites need to comply with social-distancing guidelines and safety measures to keep everyone safe. “We got this far because New Yorkers did a great job.”

De Blasio also said he believes the city will enter Phase 2 toward the end of June, but he’s being cautious. “I think more likely the beginning of July.”