Mayor calls for investigation into NJ nursing home where 22 died 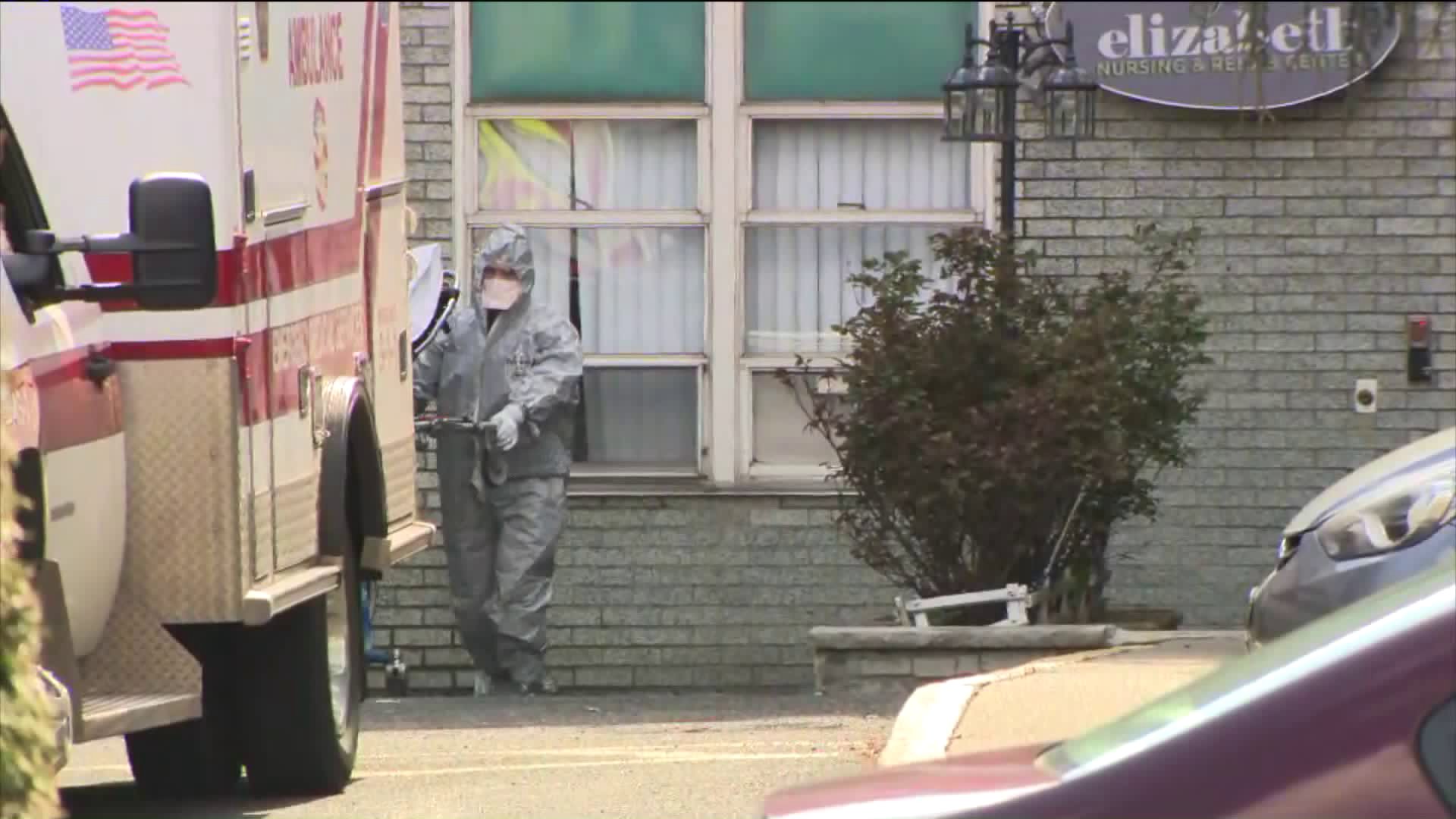 Wednesday afternoon, paramedics rushed the Elizabeth Nursing and Rehab Center on Grove Street, which has seen 22 deaths. At least 12 have been confirmed coronavirus-related. The others are still awaiting test results or never got tested.

At least 12 have been confirmed coronavirus-related. The others are still awaiting test results or never got tested.

Elizabeth Mayor Christian Bollwage is now calling for an investigation.

"Today we received social media requests from many families of the residents that are in that building who said the nursing home never reached out," he said. "That’s the tragic part of this episode.”

The mayor said that Trinitas Medical Center first notified them that upwards of 2 dozen patients have come from the Elizabeth nursing home. Bollwage claims the facility failed to notify him or the state of the growing cluster of COVID-19.

"It turned out the doctor in charge was COVID-19 positive and hospitalized. The director of nursing was quarantined. The administrator was not on site. The supervision was lacking," said Mayor Bollwage.

According to the mayor, 58 residents remain inside the 102 bed facility Wednesday. Of them, 16 are infected and 5 more tests are pending. The number of sick staff members is unknown.

Coronavirus is racing through nursing homes statewide. More than 60% or 231 out of 375 facilities in New Jersey now have at least one positive case.

"Heart breaking understates it, it's heart crushing to see something like that," said Governor Phil Murphy.

Officials are working on a statewide plan for nursing homes, which includes a directive to separate the sick from the healthy and transfer residents out when separation is not possible.

The first major cluster in a nursing home in New Jersey was reported at St. Josephs in Woodbridge a couple weeks ago, which the state evacuated.

"I think a lot of mayors thought that going forward there would be some type of evacuation plan put in place for clusters in nursing homes. Obviously not the case," said Elizabeth Mayor Bollwage. "We may be the biggest story today, but this story is not going away. More and more nursing homes have petri dishes for an explosive problems that are going to exist in their facilities."

PIX11 did try to reach the owner of the Elizabeth Nursing and Rehabilitation Center but we have not heard back. Elizabeth’s mayor says he did hear from the owner today and he explained how difficult of a situation this is.