May jobs reported better than expected as Trump touts successes 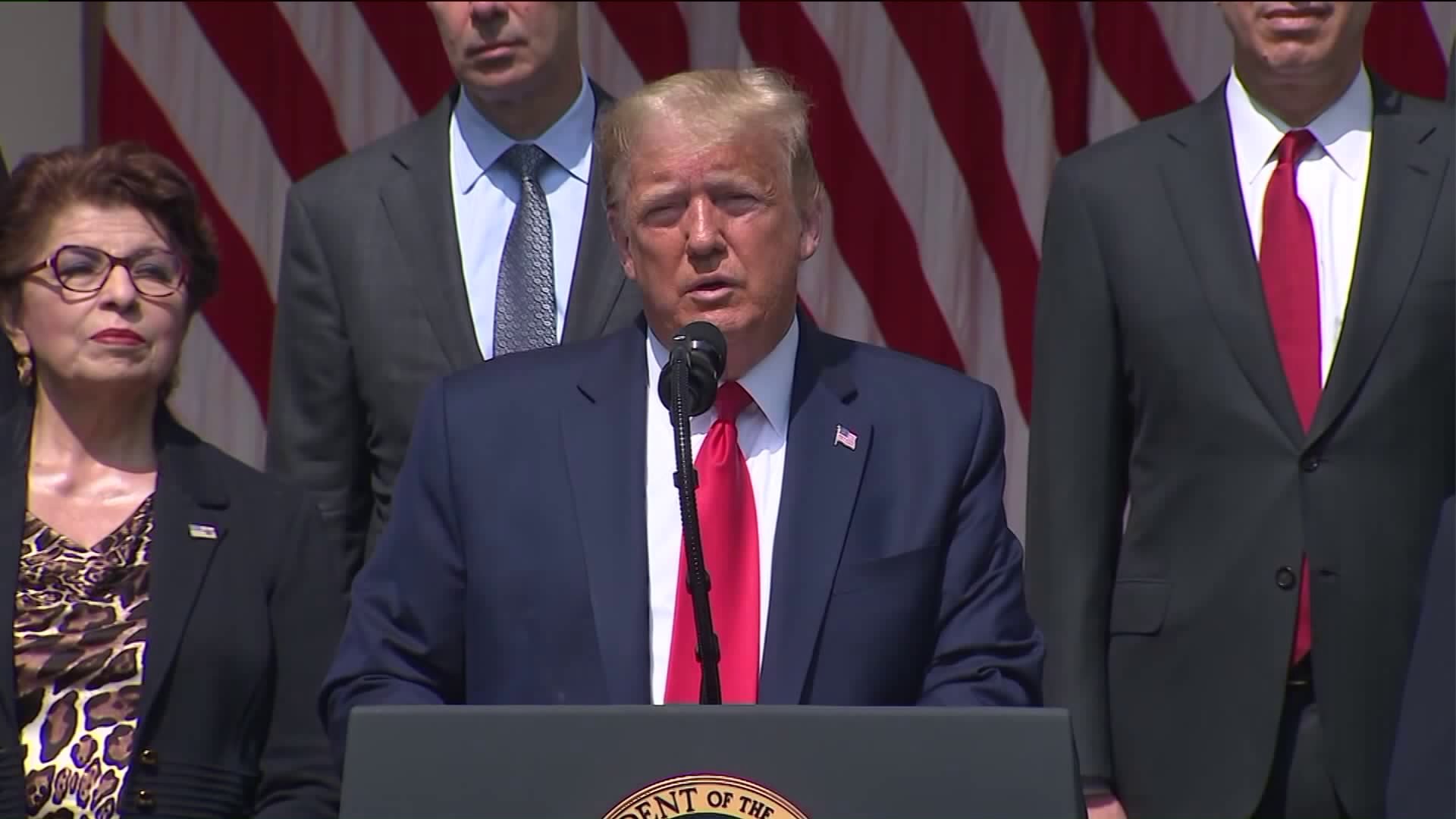 The president also highlighted job numbers showing victory for equality, though the data did not back that up.

Stocks rallied — and so did President Donald Trump — Friday, with news that the economy improved slightly in May.

Most economists had predicted a continuation of job losses amid the coronavirus pandemic.

“The numbers are great, and this leads us on to a long period of growth,” Trump declared in the Rose Garden of the White House Friday.

The president’s extended comments on the economy included extensive praising of himself for decisions made during the COVID-19 pandemic. He also went on several tangents about the ongoing protests over the death of George Floyd.

After April’s dismal numbers at the height of the pandemic, which showed 20.5 million people losing their jobs and a nearly 15% unemployment rate, many economists expected things to get worse in May.

Instead, they improved as the economy began opening back up.

Sharp job improvement was especially shown across the construction, hospitality and travel sectors. Stocks related to these businesses led the Dow Jones Industrial Average to close up more than 800 points.

May saw 2.5 million people get their jobs back, and unemployment improved slightly to 13.3%.

NYU Stern School of Business Economist Lawrence White admits he was among the many who did not expect these positive jobs numbers.

White said now the questions are: How much room for improvement is there as more states open back up? And how much permanent damage was done?

“Generally compared to our expectations, this is quite good news,” White said. “Let’s hope this is a harbinger of further healing of the economy.”

At a time when the COVID-19 pandemic has disproportionately killed more people of color, and protesters are in the streets because, once again, a black man was killed by the police, the president also chose to equate the economic numbers to racial equity.

“What we’re announced today is a tremendous tribute to equality,” Trump said.

However, the May jobs numbers tell a different story. Unemployment among African Americans and Hispanic people rose slightly.

Over, female, African American and Hispanic workers are still unemployed at higher rates than the general population.

May #unemployment by gender/race... pic.twitter.com/UIOXSASZKn

Biden also highlighted that permanent job-loss numbers were on the rise, and shared concerns about rent and mortgage payments.

Economists do point to the looming rent crisis for millions who are multiple months behind on rent. Eviction moratoriums in some states have expired, but moratoriums on the tri-state area run through at least the end of summer.