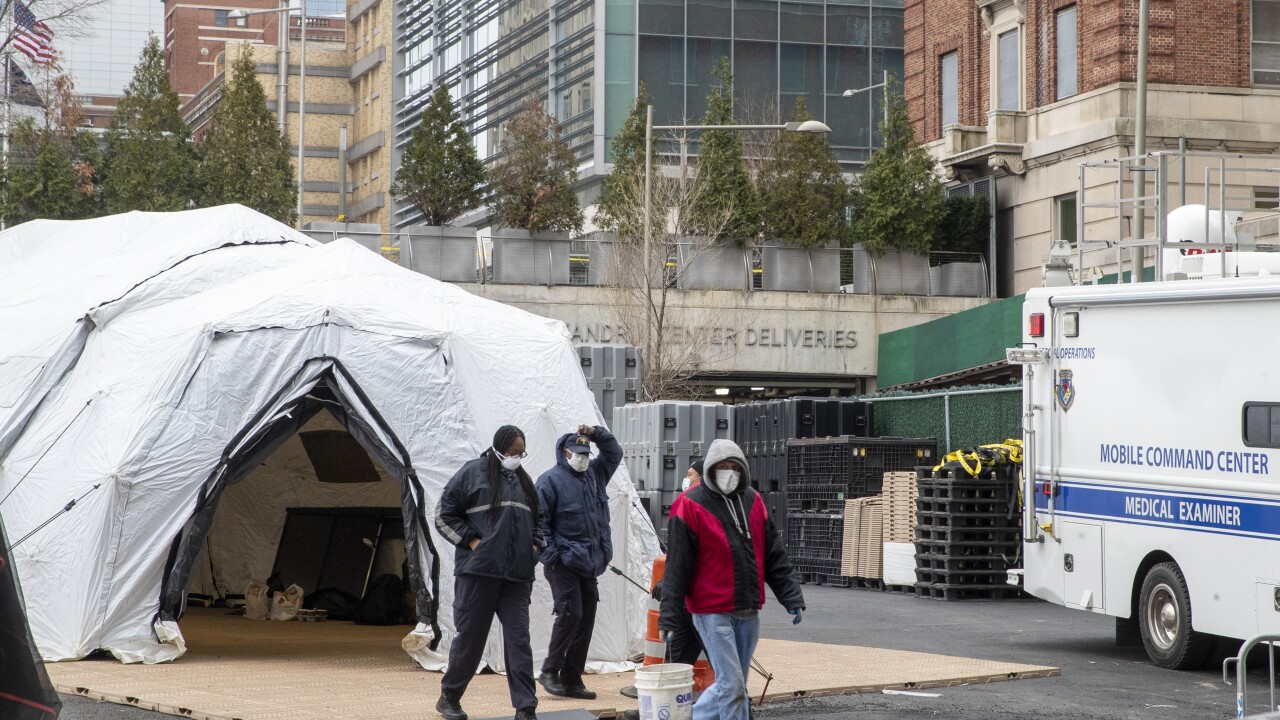 Mary Altaffer/AP
Medical Examiner personnel and construction workers are seen at the site of a makeshift morgue being built in New York, Wednesday, March 25, 2020. The number of people hospitalized with COVID-19 in New York climbed to 3,800, with close to 900 in intensive care, with the peak of the outbreak weeks away, Gov. Andrew Cuomo said Wednesday. The new coronavirus causes mild or moderate symptoms for most people, but for some, especially older adults and people with existing health problems, it can cause more severe illness or death. (AP Photo/Mary Altaffer)

New York has emerged as the nation's coronavirus hot spot. A makeshift morgue has been set up outside Bellevue Hospital, and the city's police have been told to patrol nearly empty streets to enforce social distancing.

"We're in a public health crisis, and the city has declared a state of emergency," an OCME spokesperson said. "As part of that declaration, agencies like OCME have enacted emergency contingency plans to help prepare for every possible outcome."

OCME tents and trucks are just at Bellevue for now, officials said. They are expected to be operational in the coming days.

New York and Hawaii have asked the Federal Emergency Management Agency for HHS Disaster Mortuary Operational Response Teams, a FEMA official said. North Carolina has asked for a disaster mortuary liaison. These requests are being reviewed.

Public health officials are hunting down beds and medical equipment and putting out a call for more doctors and nurses for fear the number of sick will explode in a matter of weeks, overwhelming hospitals the way the virus did in Italy and Spain.