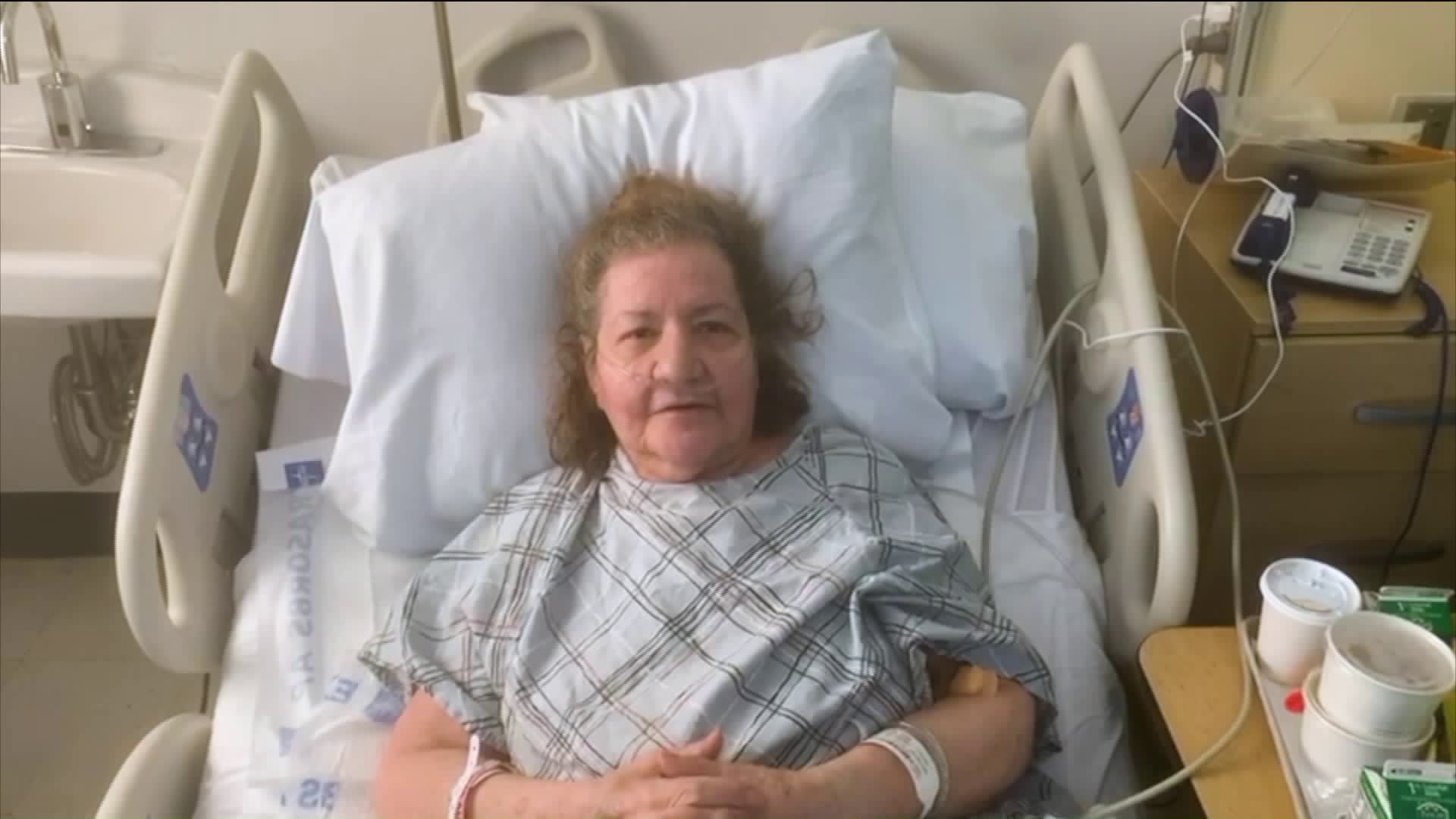 LONG ISLAND — For 6-year-old Nikki Tsempelis, her birthday wish list was like most 6-year-old girls' wish lists: bunnies and barbies

But this year at the top of her list, she wanted her grandma back

“Every time she comes over she brings me a toy,” said Tsempelis of the woman she calls her best friend, 75-year-old Sonia Atieh. They are inseparable.

When Nikki’s grandma had to have hip surgery last month, she had to go to the hospital. After surgery, Atieh contracted COVID-19. For two and a half weeks in the hospital, she battled the virus.

“First, she just fractured her hip. Then she went on a ventilator,” said Tsempelis.

So Nikki's mom Tatiana says when she asked her daughter what she wanted for her sixth birthday Tuesday, it was an easy choice. She wanted her grandma to feel better.

“I just want to give her and give her big hug and kiss. I miss her so much,” said Tsempelis. Her wish came true.

Her grandma, hospitalized for roughly two and a half weeks finally was released from Mt. Sinai Queens on Nikki’s 6th birthday on Tuesday.

“What are the chances of her getting out on her birthday? It’s serendipity, a blessing from above,” said Tatiana Tsempelis, Nikki’s mom.

Her doctor says this grandma is a fighter and is expected to make a full recovery.

“We were able to decrease her oxygen and here she is looking fantastic. She’s lucky to be alive,” said Dr. Meir Cohen, Attending Family Medicine Physician at Mount Sinai Queens.

“No matter how old you are, you can still make it out of the hospital alive, and birthday wishes come true. There’s always a second chance,” said 10-year-old Tommy Tsempelis.

Nikki's grandma was released from the hospital but is still in a rehab center for physical therapy for her hip. But she expected to be home in about a week.

Nikki will have another birthday party and homecoming celebration with ice cream cake for her best friend, her grandma.