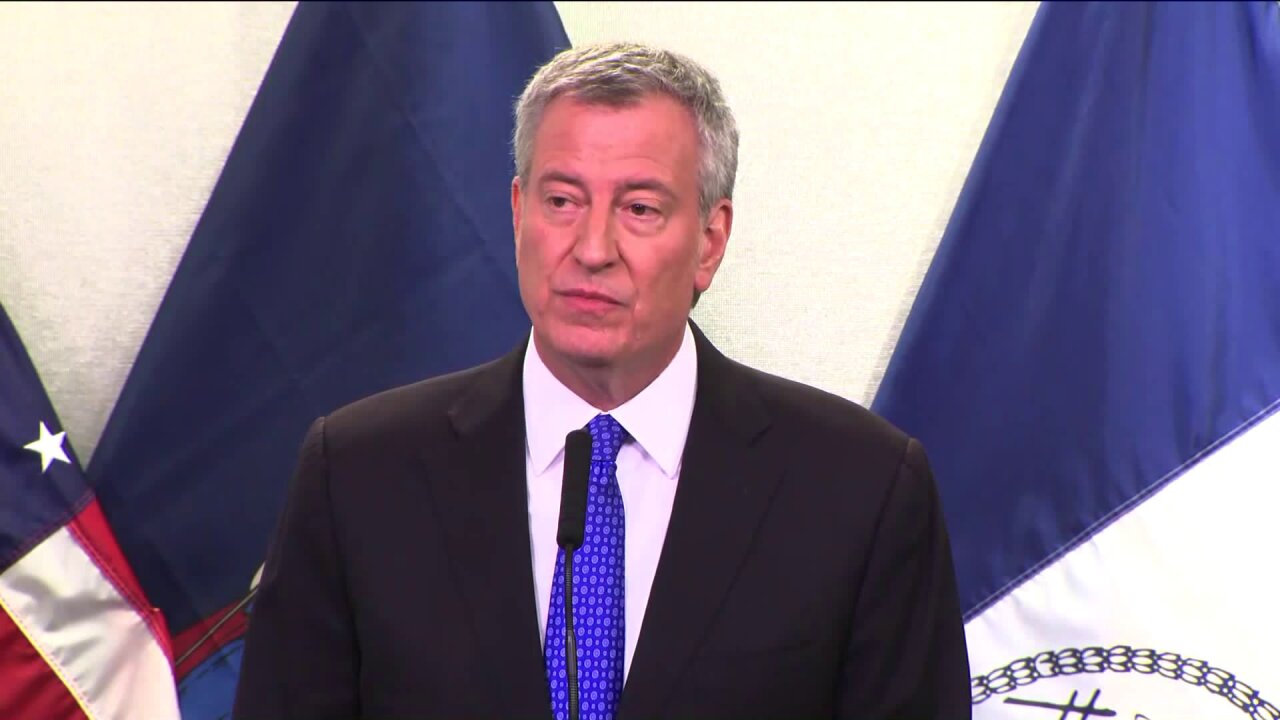 NEW YORK CITY — About 22,000 city employees are still facing the “painfully real” possibility of being laid off in October, Mayor Bill de Blasio said Wednesday as his administration continues to look for ways to make $1 billion in cuts.

The cuts are needed due to billions in revenue loss caused by the city and state’s response to the coronavirus pandemic. City lawmakers passed an $88.19 billion budget in July that includes $1 billion in labor savings as a last resort.

The move was necessary because Albany didn’t allow the city to appropriate long-term borrowing capacity in the budget, de Blasio said.

“Here’s the reality: We all hoped and prayed there would be a stimulus. That appears to be dead now,” the mayor said Wednesday during a coronavirus briefing. “We’re going to Albany to ask for appropriate long-term borrowing capacity. That would stave off the layoffs.”

When asked if the layoffs are being used as a scare tactic, the mayor said they are “painfully real.”

“We cut the budget by billions and billions of dollars already,” de Blasio said. “The overwhelming cost of local government is personnel. Where we put our money is into the people who provide service to New Yorkers, whether they’re first responders, health care workers, sanitation workers, educators — you name it — that’s where the greatest impact comes from in terms of serving people but that’s also where the costs are.”

If Albany lawmakers don’t allow the city to borrow money, de Blasio said he will continue to work with municipal labor unions to find savings that would avert the layoffs before Oct. 1.

Every city agency, including the NYPD, has been asked to come up with savings and plan for layoffs and furloughs, according to the mayor.

“We’re talking about tens of thousands of families that would be affected,” de Blasio said. “And I don’t want to see New Yorkers suffer loss of services so we’re going to do everything we can to avert that.”