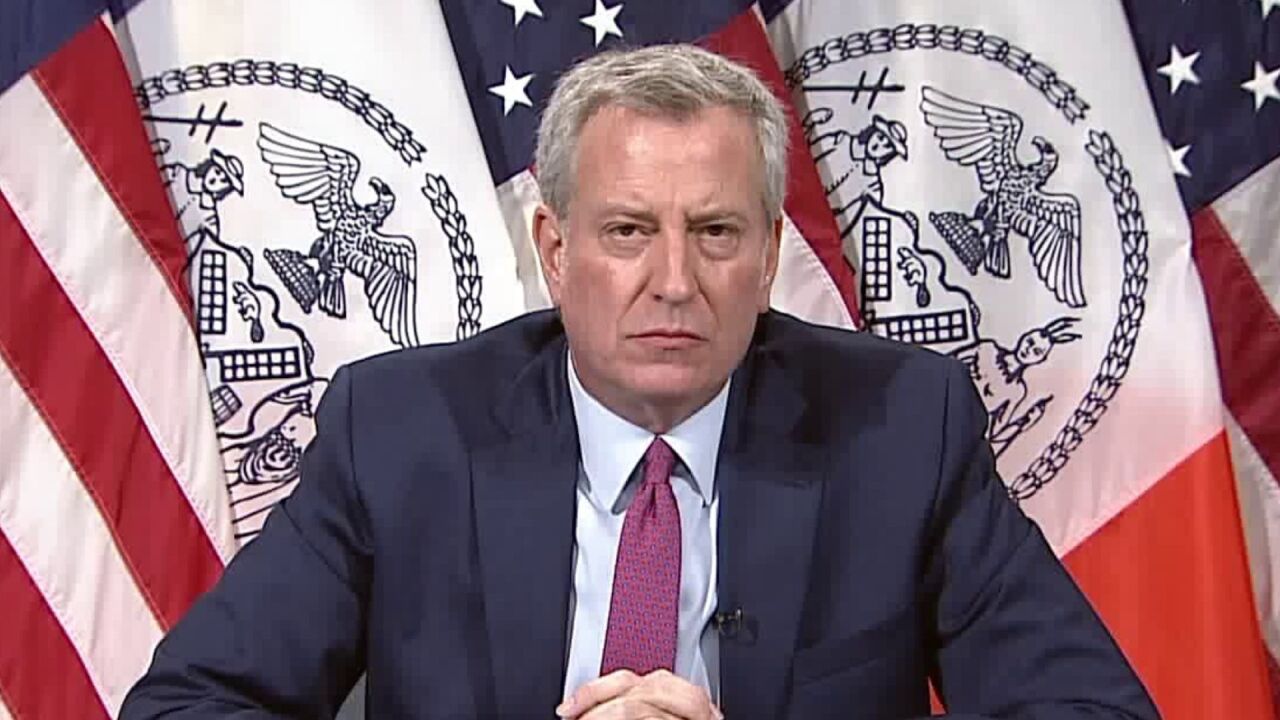 The mayor said about $1 billion had to be put in the budget for labor savings since “Albany didn’t act” in providing assistance to the city and there has been no federal stimulus from the government.

The city is working with labor unions to try and avert lay offs, but if it can’t be done, “then something horrible and tragic will happen on October 1st — 22,000 good people, 22,000 city employees will be laid off. That’s about as real as it gets,” de Blasio said.

The mayor said the issue of not getting assistance from lawmakers is not about trust, but rather politics, arguing that when former Mayor Rudy Giuliani went to Albany after 9/11, he got unanimous support from the Democratic Assembly and the Republican Senate to allow $2.5 billion in borrowing to get out of the crisis.

“I would ask people to put politics aside, look at the facts and work with this city that has done so much to help its people, and also to be careful with it's money. And that's how we move forward with that," the mayor said.

Meanwhile, the mayor’s executive budget already included plans for a more modest reduction in headcount in different agencies using a partial hiring freeze and vacancy reductions, according to the NYC Independent Budget Office.

The city lost a minimum of $9 billion in revenue in recent months due to the pandemic, which is an increase from the city’s initial estimate, the mayor previously said.

Amid the city’s financial disaster, protests began nationwide in the wake of George Floyd's May 25 death at the hands of Minneapolis police. Demonstrators in New York decried police and demanded $1 billion be cut from the NYPD budget.

After de Blasio laid out plans on how the money would be cut, critics slammed him, saying the city was just moving money around instead of making real changes to the police department.

New York City has been heavily impacted by the coronavirus pandemic and was once considered the epicenter of the virus.

The city has since progressed in its reopening progress, as it is on track to enter Phase 3 on July 6.

However the mayor has said the economy is “not going to get better in the short term” and it would likely take three to four years to “bring everything back to the level it should be.”