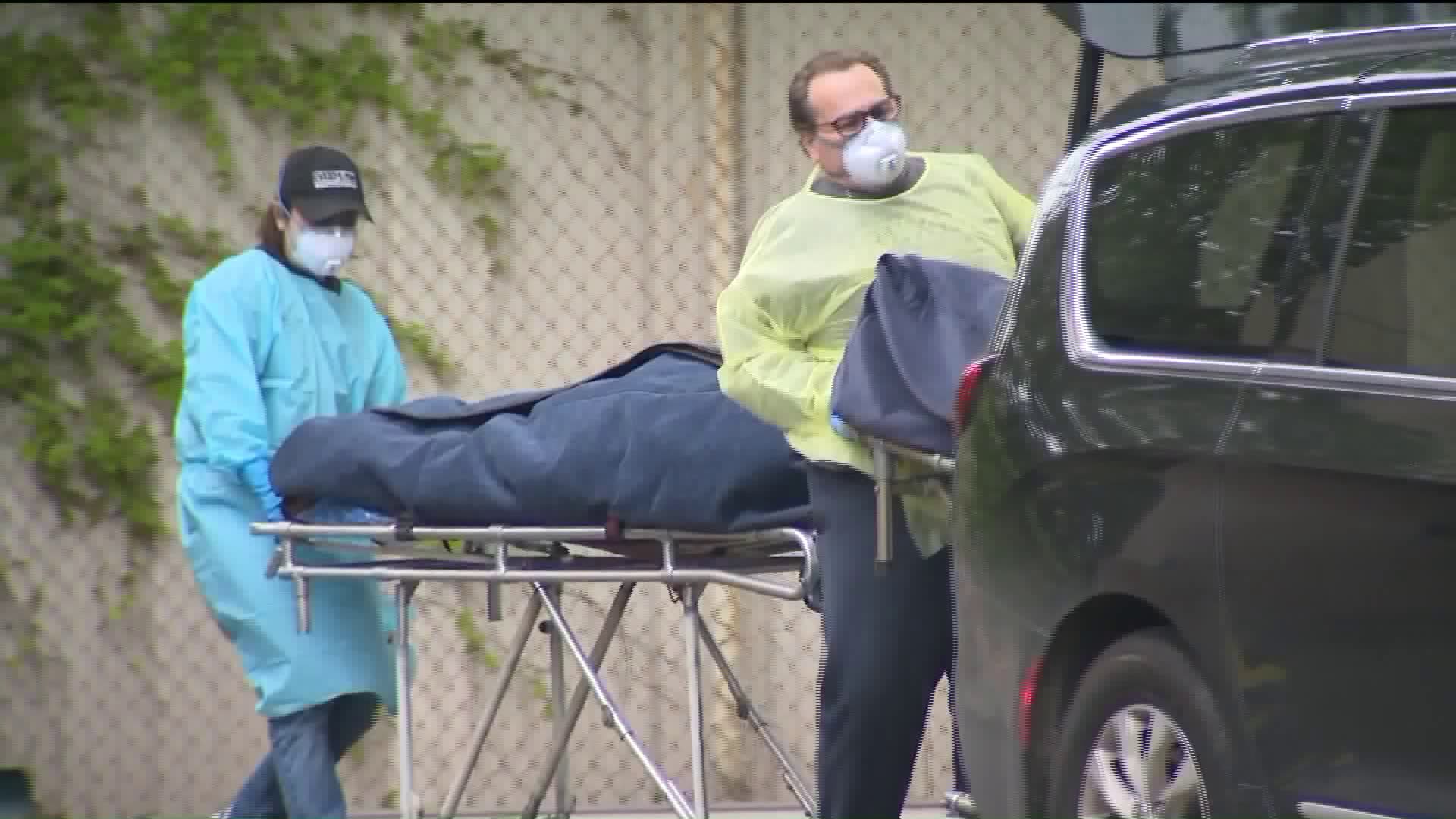 Kim Zamboti was recently stopped at the door, when she entered a Brooklyn apartment to pick up another dead victim of COVID-19.

BROOKLYN — Kim Zamboti was recently stopped at the door, when she entered a Brooklyn apartment to pick up another dead victim of COVID-19.

“The woman sprayed my shoes with Lysol,” Zamboti said of the lady who ushered her in.

Zamboti is only 29 years old. She’s been a funeral director just four years but she’s seen enough death to last a lifetime.

We met Zamboti as she was making her rounds this week, from Brooklyn Hospital to Woodhull to Sherman Funeral Home in Midwood.

She and another funeral director pulled two bodies on stretchers out of a black van and brought them down the concrete ramp into Sherman’s.

“Emotionally, the quantity of deaths that I’m seeing is the hardest part,” Zamboti told PIX11 News.

“If there’s more work after hours, I’ll go back out,” she said. “I have my own van and go back to hospitals and houses.”

Her fellow funeral director, Chris Kasler, gives another example of why strict protocols are necessary for infectious disease controls.

“If you touch a pen and have a pair of gloves you haven’t changed, that next person using that pen can become infected,” Kasler noted.

Kasler has a view on the coronavirus pandemic that’s killed more than 25,000 New Yorkers.

“Spiritually, I would believe that this is a plague. This is about changing the world,” Kasler said.

“It’s like a plague, because we don’t know what it is,” Kasler added. “And it’s passing from person to person and house to house.”

People like Zamboti and Kasler have been called ‘Last Responders,’ because they’re providing a service when efforts to save human life by first responders are done.

Dan Wright of Teamsters Local 813 represents people in the funeral industry, including hearse drivers and grave diggers who handle burials.

“The whole dynamic of funerals have changed,” Wright observed.

Speaking of his union members, he said, “They’re almost having to act as policemen to keep people segregated from each other.”

“If there’s any consideration for hazard pay, I think these workers definitely deserve it.”

Burials at some cemeteries were up more than 200% in April from the same period last year.

At St. Raymond’s Cemetery In the Bronx, our PIX11 News cameraman, Jeremy DeWitt, taped numerous families standing on sidewalks outside locked gates, while their friend or relative was buried.

St. Raymond’s is among the cemeteries that will open to visitors for limited hours on Mother’s Day, so people can visit their mom’s gravesite, or mothers who have lost children can be accommodated.