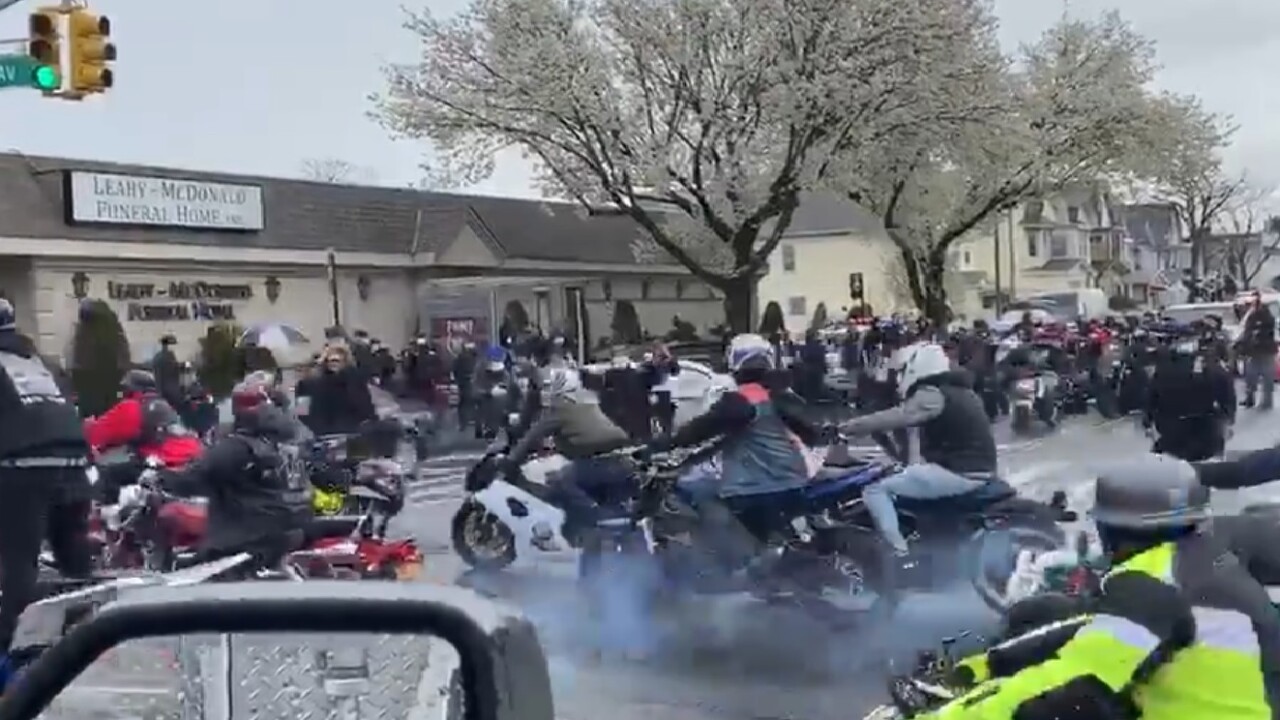 JAMAICA, Queens — A police union is sounding off after hundreds of motorcyclists were seen gathering on a Queens street despite coronavirus social distancing restrictions.

The Sergeants Benevolent Association posted a video to Twitter on Friday alleging some “400 plus bikers” gathered in crowds outside the Leahy McDonald Funeral home at 111th Street and Atlantic Avenue in Jamaica, Queens.

The bikers were en route to the All Souls Chapel and Crematory in East Elmhurst, according to the SBA.

Happening Now more Lunacy! 400 plus bikers gathering crowds in 102 PCT heading to funeral. NYPD having to call a level 1 mobilization. On the way to 72-02 Astoria Blvd 114 PCT. Only in DeBlasio’s city, during a pandemic. pic.twitter.com/Iv2JSkqRz1

An NYPD spokeswoman said the department was told about the funeral the night before but the precinct was not made aware of the number of attendees.

Officers on the scene directed traffic and worked with the funeral home director and family members to encourage social distancing, the spokeswoman said. There were also two NYPD vehicles playing a message about social distancing over the loud speakers.

No summonses were issued during the gathering, the spokeswoman said.

Queens has the highest number of coronvirus cases in the state, with at least 18,823 people confirmed positive as of Friday evening, according to the city Health Department. At least 1,867 people citywide have died from COVID-19.

In the video, a truck pulls up in front of the funeral home with the words “RIP NENE 7.17.74 - 3.28,” though it wasn’t clear if the person was the focus of the gathering.