How a Bronx man lost his mom, brother and job to coronavirus 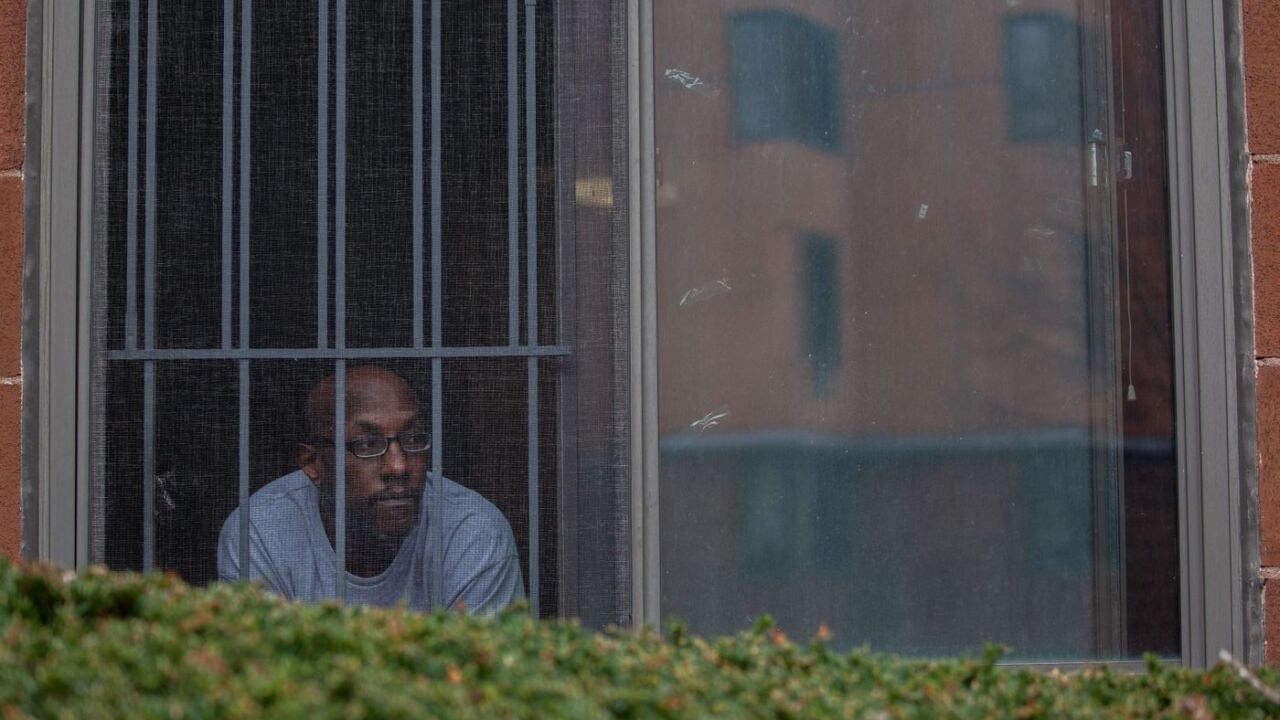 This story was originally published on April 13, 2020 by THE CITY

Joseph Friday lost his mother, his brother and his income to coronavirus over a three-day stretch in March.

As he tells it, a demon quietly entered the apartment the three of them shared in the Lambert Houses, across from The Bronx Zoo, on March 20. The only sign of its arrival was a cough.

His brother Matthew Friday died on March 26 at nearby St. Barnabas Hospital, on the same day his test for COVID-19 came back positive. He was 50.

Their mother, 77-year-old Yvette Judge, died at home on March 28 shortly after suffering a seizure.

“It’s like this invisible beast just came and snatched them,” said Friday, 51, who has been self-isolating for two weeks on the assumption he also was infected with the virus.

“I lost both of them. It hurts,” he added. “I watch the news now, just keeping track of that — trying not to focus on the loneliness.”

Compromised Health
Since June, Friday had been paid to take care of his brother through New York’s Consumer Directed Personal Assistance Program (CDPAP), and he has also been caring for his mom. Before that, he took care of both of them for a year and a half without any financial compensation.

Funded through Medicaid, CDPAP pays tens of thousands of New Yorkers to care for their ailing family members, a population particularly vulnerable to COVID death.

For Friday, that care included doing laundry, going food shopping, taking them to their doctors appointments, and making sure they took their medications multiple times a day. He said he worked for many years as a restaurant chef when he was younger, until he was sidelined by a 2013 car accident.

Judge, who had retired from the food industry, was a cancer survivor whose left side was paralyzed, her son says.

Matthew Friday had been working as a security guard and caring for his mother before developing kidney and heart problems, and suffering four strokes, Joseph said.

His mom and brother both had compromised immune systems that made Friday nervous when news reports of the coronavirus pandemic surfaced.

“I was trying to keep them from going outside,” he said, “but you can’t keep a person in a bubble.”

Fatalities Across Families
The loss of multiple family members to COVID-19 is not rare, in part because the requirements to social distance and stay at home leave many relatives living together in close quarters.

In recent days, similar stories of tragedy within families have emerged: Of inseparable twin sisters in Wales; of a mother and son in Queens who died on the same day; and of a woman in Grand Blanc, Mich., who lost her husband and son.

For the Friday family, Matthew first developed the telltale cough, which spread to all three of them within days.

On March 24, Matthew fell to the floor when he was returning from the bathroom. He insisted he had only tripped, and didn’t want to go to the hospital, Joseph says.

But the following day, Matthew couldn’t move out of his chair, so Joseph called 911 and the emergency medical workers took Matthew to St. Barnabas Hospital.

“That next day they called me and they told me that his heart stopped,” Joseph said.

The sadness over his brother’s death was magnified by the news that Matthew had tested positive for COVID-19. Meanwhile their mother was getting increasingly sick, and now Joseph knew that in all likelihood she had the virus, too.

The following night, Judge had a seizure and began to foam at the mouth. By the time emergency responders arrived, she was no longer breathing, according to Joseph. He said the paramedics worked on her for nearly 20 minutes, but couldn’t revive her.

It took the medical examiner’s office until the next day to retrieve Judge’s body, said Joseph.

Workers from the city’s medical examiner’s office took Judge’s body out of the apartment in a black bag on March 28.

“Joseph called us and told us — I didn’t know that they were sick,” said his older sister, Deborah Watkins, who lives in Buffalo.

They also have a 57-year-old brother, Anthony Judge, who is in a nursing and rehabilitation home in Norwood.

“It’s a nightmare, because you didn’t get to say goodbye,” added Watkins, 61, a former state corrections official. “It’s like what are you talking about — how can this be true? People aren’t supposed to go like that.”

System Overload
The first case of coronavirus in the city was confirmed on March 1, in a health care worker who had traveled back from Iran, although researchers believe the virus was circulating in the New York City area even earlier.

The pace and scale of the crisis — including the sudden and widespread disruption to livelihoods — has overburdened many of the systems that are designed to offer support.

With his loss of income from the home care work, Joseph was among the hundreds of thousands of New Yorkers struggling to connect to the state unemployment office in recent weeks. He was relieved to get a call on Friday saying someone would be in touch soon.

Joseph also spent a long time trying to connect with funeral homes, many of which said they were too busy to help him. He feels lucky to have found Sisto Funeral Home in the East Bronx, which was able to schedule cremations for his mother and brother.

It’s not yet clear whether the death of Yvette Judge — one of hundreds if not thousands of people who died at home in recent weeks, well above the normal rate — will be counted in the city’s tally of coronavirus fatalities. City officials only recently committed to begin accounting for deaths at home that might be COVID-related.

The medical examiner’s office ruled Judge’s death as “natural,” caused by a combination of hypertension and cardiovascular disease, according to a spokesperson. Joseph is convinced his mother died because of the virus, but the spokesperson didn’t say whether her case is among those being reviewed.

While Joseph’s self-isolation period has elapsed, he says he’s still too scared to venture out of the apartment because he doesn’t want to risk transmitting the virus to someone else.

In addition to watching TV, he’s been spending his days fielding phone calls from family members, including his 28-year-old daughter in Brooklyn, and researching the antibody tests that might enable him to aid others who get sick.

“I want to just get tested and if I‘ve got enough antibodies — take what you need,” he said. “I’m willing to help, give some blood, plasma, fight this thing.”

In the meantime, he’s considering seeking certification as a home health aide.

This story was originally published by THE CITY, an independent, nonprofit news organization dedicated to hard-hitting reporting that serves the people of New York.