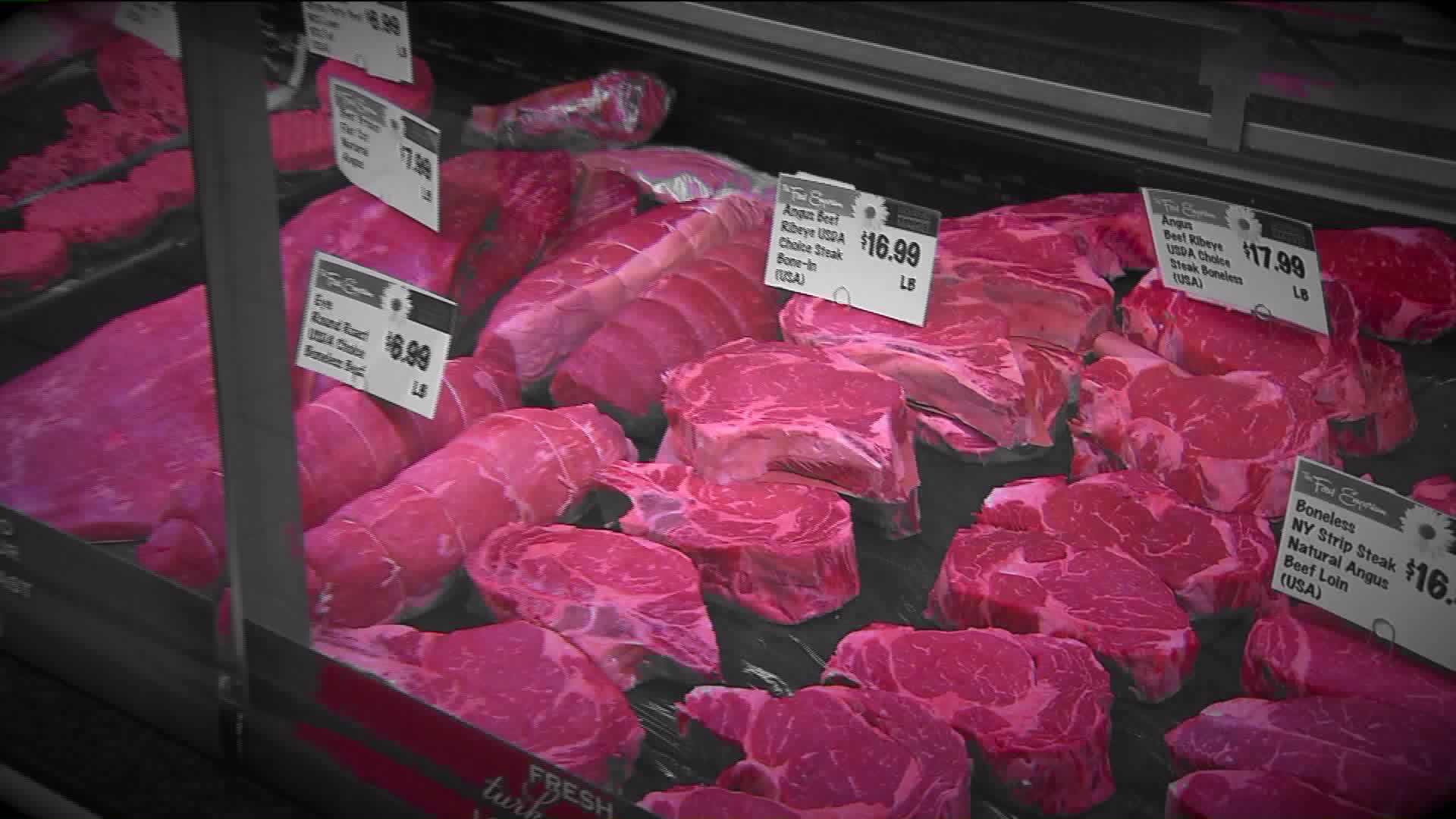 Some farmers, like New York beef farmers, say business is booming, but there's a kink between the farm and the table.

NEW YORK — There’s a dwindling meat supply at groceries and prices are on the rise, so it might surprise many that the beef portion of one New York farmer’s business is flourishing.

The boom in Tunis Sweetman’s grass fed beef operation is driven by a return to farm to local customer direct sales. But the nation’s larger livestock farms rely on corporate owned processing plants, which are now riddled with spiking coronavirus infection rates.

The bottom line is, there’s a major kink in the middle of the nation’s food supply chain: in between the farm – and your dinner table.

“Fortunately, we have the retail end, with our beef, our vegetables, our eggs, jams, jellies, etc,” Sweetman said about his Warwick, Orange County business. “We have seen that business probably increase by about 400 percent.”

President Donald Trump recently ordered meat processing plants to stay open, but it’s unclear what the consequences will be long term for those larger suppliers, including Tyson Foods, which reported nearly 1,000 infections Monday in one of its plants.

“There's no handbook for this,” Quam said. “There's no answer of when things will come around and be normal, when will people get to go back to the restaurants and eat the healthy beef that we produce at the restaurants.”

The threat of a potential meat shortage is real enough that both state and local officials are now planning to purchase what farmers can’t sell, which is similar to steps taken during the Great Depression.

New York State Department of Agriculture Commissioner Richard Ball is leading the $25 million buy back program, called the Nourish New York, which will get the farmers’ surplus food products, directly to the state’s food banks.

“As you know, you can’t turn cows off,” Ball said. “We have a huge population of people that need food – we had farmers that had too much. And one of the things that the governor and I talk about every time we talk is connecting the dots between those who produce food, and those who need it.”

At the end of the food supply chain, wholesalers and grocers – including Costco and Kroger, recently announced limits on the amount of fresh meat purchases per customer.

“The last two months, when we get the meat back, it’s virtually gone in a day or two,” Sweetman said.

Back on the farm – the old mantra, “Get Big, or Get Out” is now out of fashion.

Sweetman’s Farm is small and nimble – and has been forced to get creative in order to keep the family business going.

The dairy portion of the farm has been suffering, but Sweetman’s family has been working harder than ever in other areas.

“Our phone literally rings all day long from morning to night,” Sweetman said. “Do you have beef? Do you have pork? Do you have eggs? Do you have vegetables? We don’t want to go into the grocery stores – and when we do the shelves are empty.”