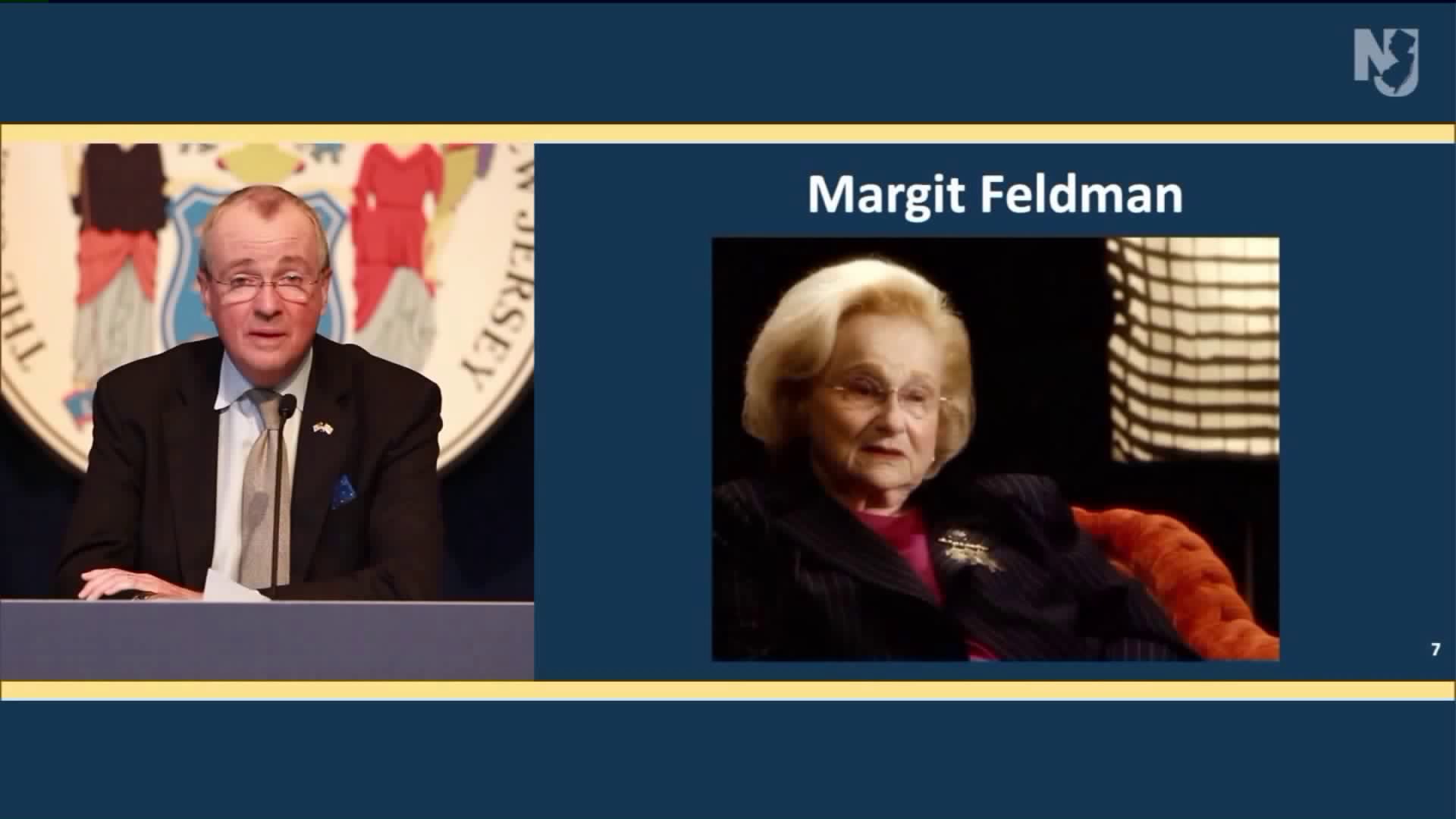 Margit Feldman was a lifelong educator and spoke to students about her experience in the Holocaust. She was honored by the governor Thursday.

NEW JERSEY — Margit Feldman, a Holocaust survivor and influential New Jersey leader was remembered by Gov. Phil Murphy at his news conference Thursday after she died of COVID-19.

Feldman, 90, was born in Budapest near the Czechoslovakian border, Murphy said, and was taken to Auschwitz with her family. Her parents were killed, but at 15, Feldman lied about her age, claiming to be 18 so she could work forced labor.

She survived several camps, including a second tour of Auschwitz, and was liberated at 16 years old.

She later moved to the U.S. in 1947 and became an x-ray technician.

She got married and raised a family in New Jersey — her son is now a medical doctor treating COVID-19 patients. She also had a daughter and three grandkids.

Feldman also worked in education and spoke to children about her experience surviving the Holocaust.

Her husband is currently hospitalized with COVID-19 as well.

Feldman would have been 91 in June.