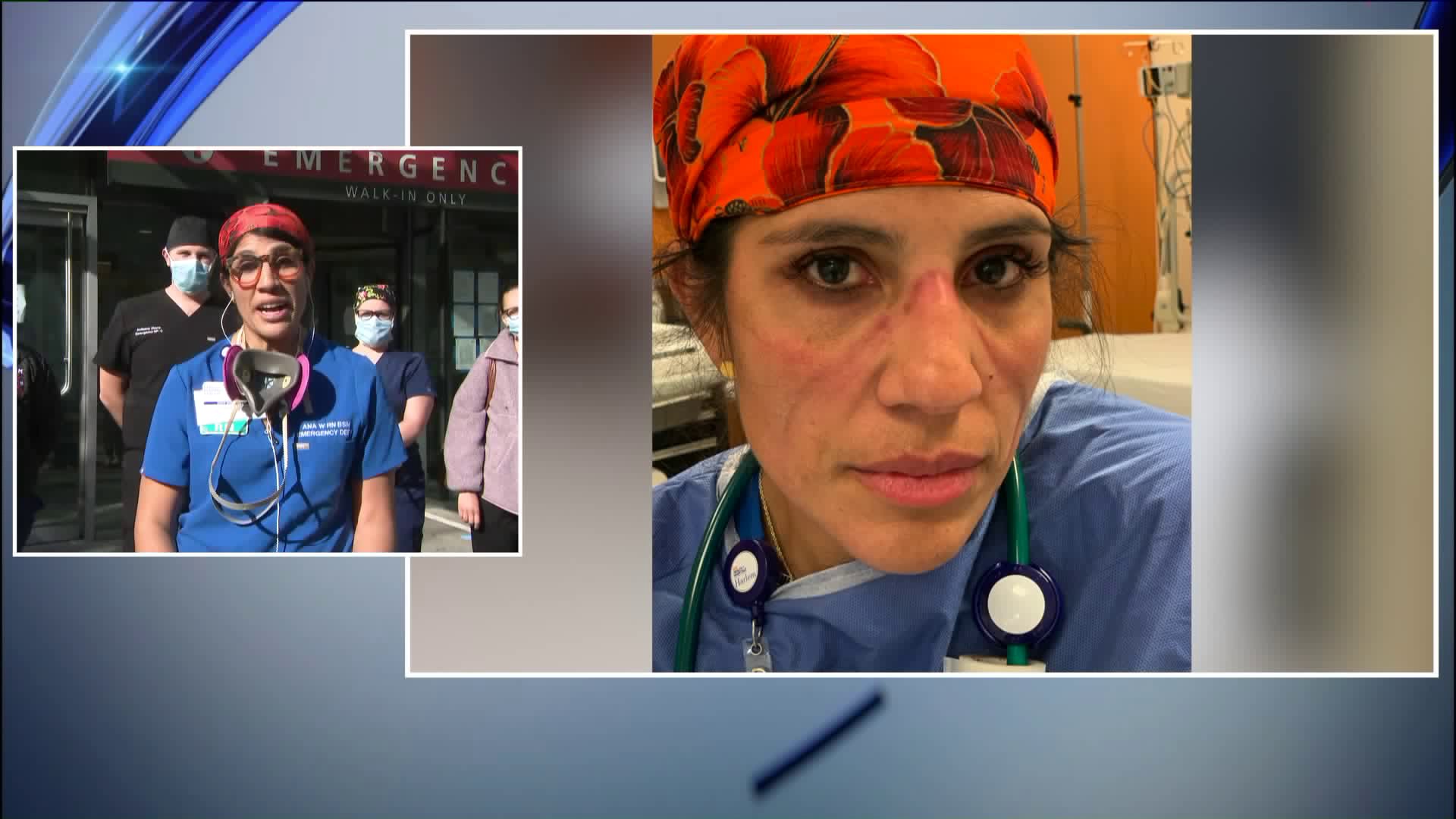 San Diego nurse Ana Wilkinson has been working as an ER nurse at Harlem Hospital since early April. Now, after six weeks on the front line of New York's COVID-19 crisis, Wilkinson is heading home after her last shift at the Manhattan hospital. She shared her story and memories with Dan Mannarino in a moving interview.

HARLEM, Manhattan — At the peak of New York City's coronavirus crisis, San Diego nurse Ana Wilkinson was one of the heroic health-care workers who came to help our city.

Wilkinson made the tough decision in early April to leave her firefighter husband and two young boys at home to come work as an ER nurse at Harlem Hospital.

Now, after six weeks on the front lines of the city's COVID-19 fight, Wilkinson is heading home after her final shift Wednesday.

In an uplifting and moving interview, the nurse told Dan Mannarino stories of her patients, her team and her time here.

As Wilkinson says a bittersweet goodbye to Harlem Hospital, her home for over a month, the nurse said she is donating three portable vital machines to the hospital's ER that she paid for out of her own pocket.

The nurse said her team at the Harlem ER has become like family to her and she wanted to give them something that will make their lives easier after she's gone.

Wilkinson has also volunteered in the past on medical missions in Haiti and the Dominican Republic. In her spare time she runs several marathons a year to raise awareness for different cancers and diseases.