Hear from the troops on the coronavirus front lines, as the apex approaches 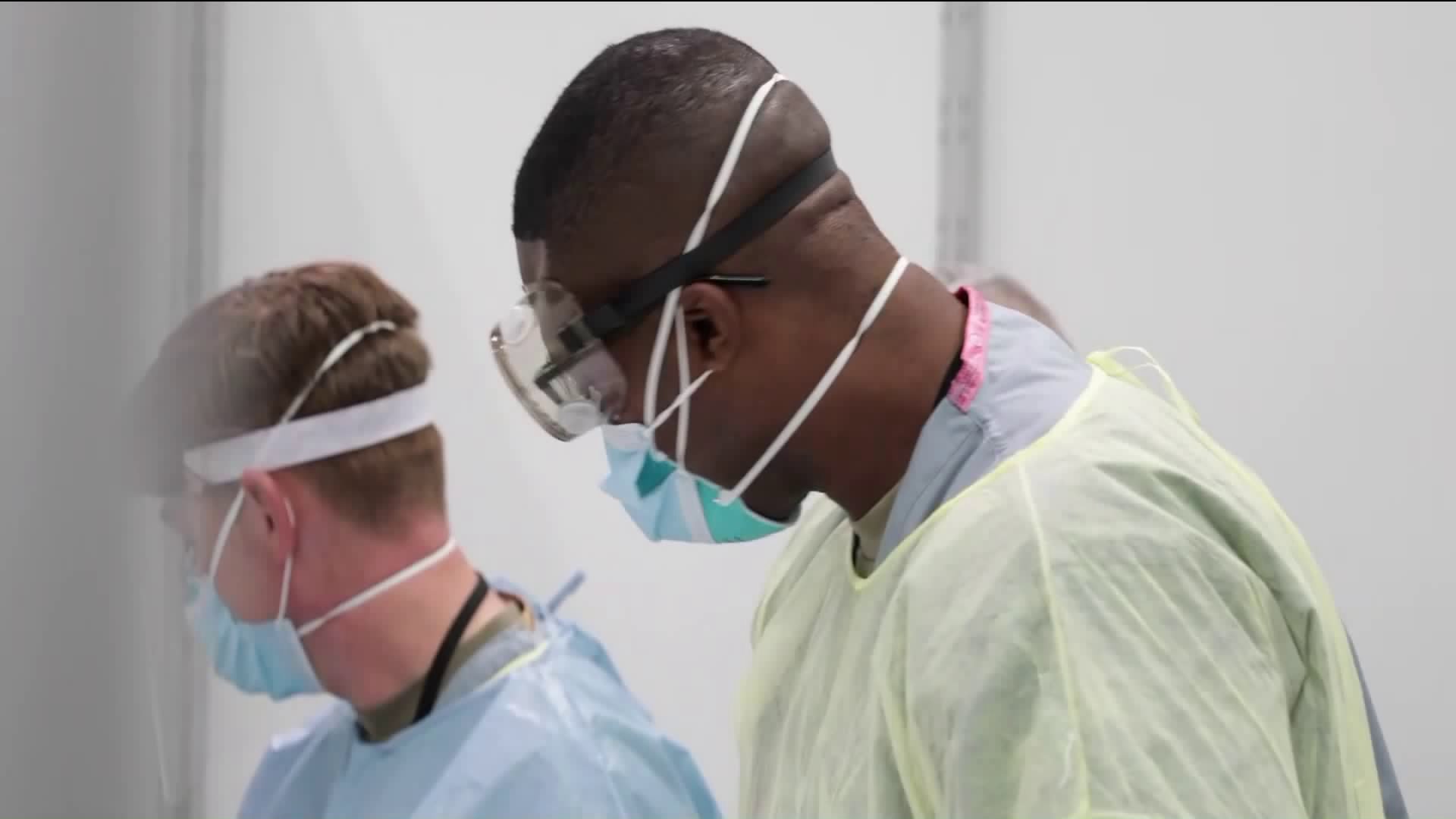 Gov. Andrew Cuomo said Tuesday the state's death toll since the beginning of the outbreak is now 5,489. More people have now died from the coronavirus in New York City than perished in the Sept. 11 attack on the World Trade Center. The alarming death number comes even as new hospital admissions have dropped compared to last week. Cuomo said the latest death tally reflects critically ill people hospitalized before this week.

MANHATTAN — The number of coronavirus deaths in New York made its highest increase ever on Tuesday, but other measures of the disease's effects indicate that its spread may be slowing down, and that fewer people are needing to be hospitalized.

Two factors appear to be behind the improvements: continued social distancing and hard work from people on the medical front lines. The Jacob Javits Center is one of at least four overflow hospitals that's now up and running.

Members of the military are operating the 2,500-bed facility. Their stories of sacrifice illustrate how vital the overflow hospitals are. So do the words of Gov. Andrew Cuomo.

"To be handling this many COVID patients in a new, startup emergency facility," the governor said in his daily briefing, "This is a really difficult undertaking, and they've really been fantastic."

The governor's praise came as two things happened: the state had its biggest one-day growth in deaths, 731, and the state appears to be approaching the apex -- potentially the most intense spread of the virus.

"Is the apex a plateau?" Gov. Cuomo asked, at his daily briefing.

He answered himself. "Right now, we are projecting that we are reaching a plateau."

That means that the recorded number of cases is high, but not rising very much. In fact, hospitalizations and ICU admissions are down. That's thanks to social distancing, the governor said, as well as thanks to people like TSgt. John Roldan of the New York Air National Guard.

He's among many New Yorkers who are part of the deployment of troops from far and wide.

"We've got guys coming in from Texas, from Arizona, coming to our hometown," said New York Army National Guard Sgt. Major Nick Pardi, "and they're just as dedicated to helping us out as anybody else."

Pardi is an upstate resident whose family members live in the metro area.

Javits -- which is officially called JNYMS, or Javits New York Medical Station -- is now one of the country's largest hospitals. It's an indication of how important, and unusual, the mission here is.

"I've been in the military nearly 20 years," said New York Army National Guard Sgt. Major Morgan Cady, "and have never worked in a unified command quite like this one."

"It's a wild, wild change of experience," he told PIX11 News, "and we're all still New Yorkers."