Health workers that volunteered to come to NY during pandemic have to pay state income tax: Cuomo 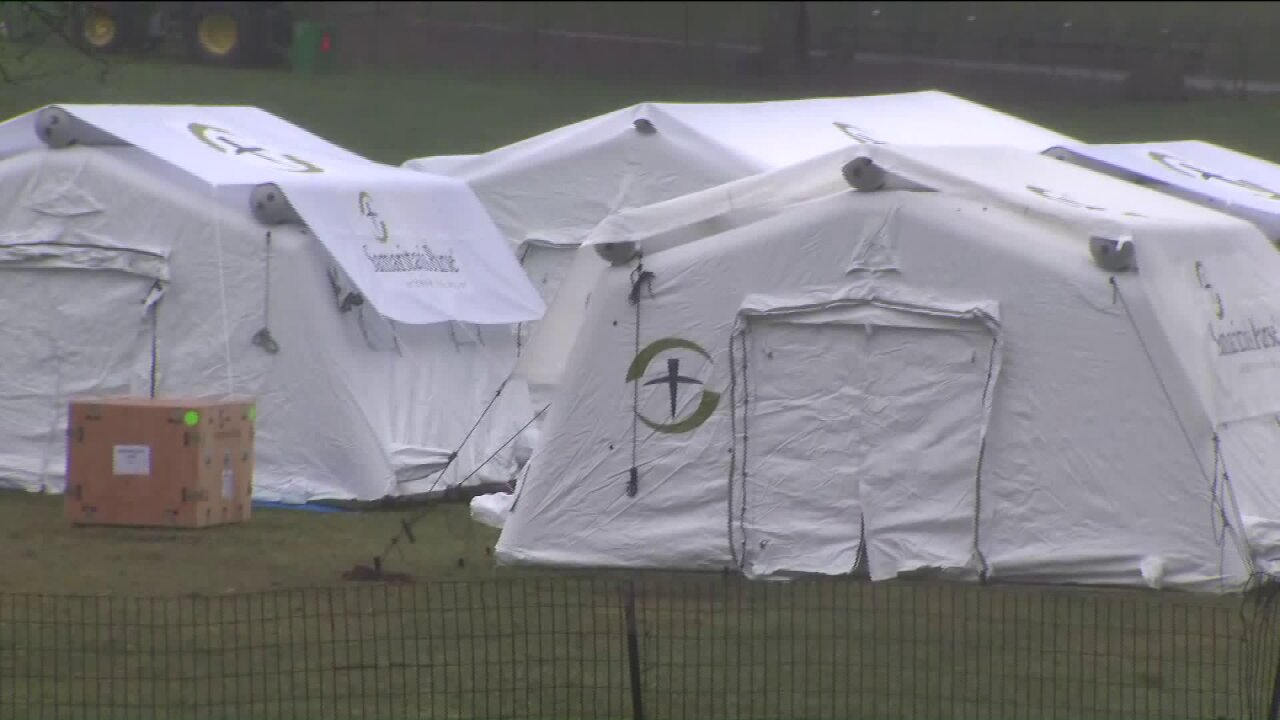 A field hospital with 68 beds under construction in Central Park.

NEW YORK — Health care workers that came to New York to help fight the coronavirus pandemic at its epicenter will have to pay state taxes, according to the governor.

He addressed the issues Tuesday at a news conference.

"We're not in a position to provide any subsidies right now because we have a $13 billion deficit," Gov. Andrew Cuomo said. "So there's a lot of good things I'd like to do, and if we get federal funding, we can do, but it would be irresponsible for me to sit here looking at a $13 billion deficit and say I'm gonna spend more money, when I can't even pay the essential services."

Even though the state government asked thousands of people to come to New York from out of state to help fight coronavirus, they will have to pay New York state taxes, even on income they might make from their home states that they're paid while in New York.

"If we don't get more money from Washington, we can't fund schools, right, so at the rate we want to fund them. We are in dire financial need," he said.

The issue first came up when the temporary hospital in Central Park was being erected by Samaritan's Purse.

"Our financial comptroller called me," said Ken Isaacs, a vice president of the organization, "and he said, 'Do you know that all of you are going to be liable for New York state income tax?'

"I said, 'What?'" Isaacs continued. "[The comptroller] said, 'Yeah, there's a law. If you work in New York State for more than 14 days, you have to pay state income tax.'"

"What we're even more concerned about than the money," Isaacs continued, "is the bureaucracy, and the paperwork, and I think that once that's unleashed...once you start filing that, you have to do that for like a whole year or something."

A top New York City certified public accountant explained the situation further in a FaceTime interview with PIX11 News at the time.

Entities from "these other states will have to register in New York," said Lawrence Spielman, a partner at the accounting firm Spielman, Koenigsberg & Parker, LLP, "and do withholding here in New York."

Any out-of-state resident who's come to the Empire State to work on coronavirus relief is subject to the tax after 14 days here.

There are thousands of emergency workers here who've responded to requests by Cuomo and Mayor Bill De Blasio for help. Many of them are collecting paychecks from companies back in their home states, which allowed them to come to New York to volunteer.