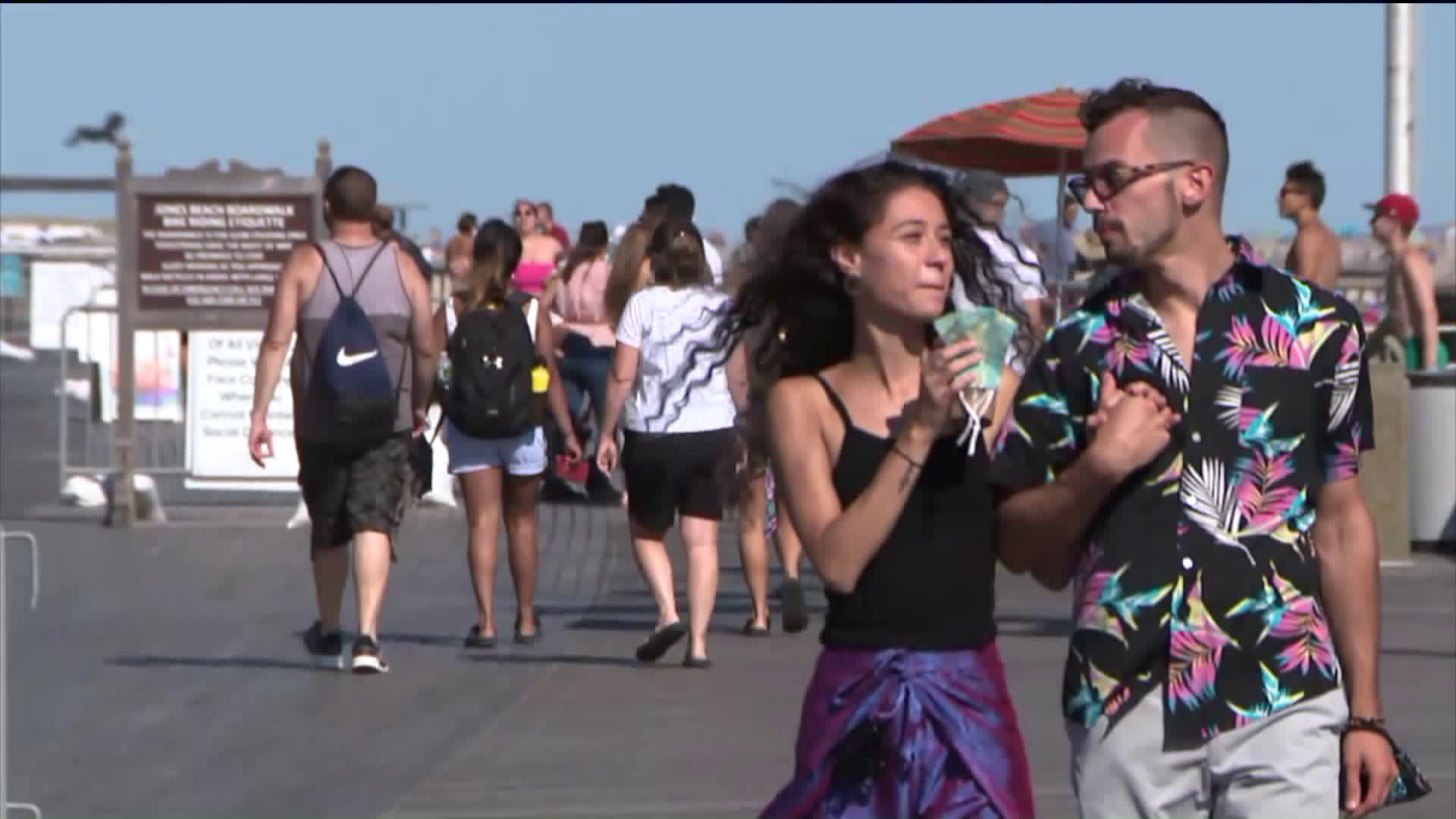 Many people may be traveling this holiday weekend to enjoy the final days of summer. That has health experts worried.

NEW YORK — Many people may be traveling this holiday weekend to enjoy the final days of summer.

Health officials worry that could cause COVID-19 cases to rise.

"We saw a surge after memorial day, we saw a surge during the 4th of July. So, if that's any indication, we're going to see something similar." said emergency room Dr. Annalee Baker.

As of Saturday there were more than 6.2 million confirmed coronavirus cases and 188,000 deaths in the United States.

Officials warn those numbers could spike if Americans on the move this weekend don't take precautions.

"We can use Labor Day to take off, unfortunately the virus doesn't," said Jennifer Nuzzo with John Hopkins Center for Health Security.

"We don't want to go into that with another surge that we have to turn around again so it really is an important weekend."

That means limiting the number of guests during family and social gatherings to prevent a super-spreader event.

Avoid gatherings with people outside your "bubble" of trust. Experts urge college students to remain on campus.

While there are several COVID-19 vaccines being developed, health officials says don't forget to protect yourself against the flu.

"We're expecting to see this sort of double surge. Both the coronavirus and the influenza virus with can present very similarly" said Baker.

Instead of traveling and going to large parties, the best bet may be a trip to the beach.

"We have spread people out along the beachfront," he said.

“We have social monitors we have be beach ambassadors making sure people are as safe as can be.”

If you don't go out this weekend Jones Beach, Robert Moses State Park Beach, Hither Hills and Sunken Meadow will stay open with lifeguards on duty until September 20.