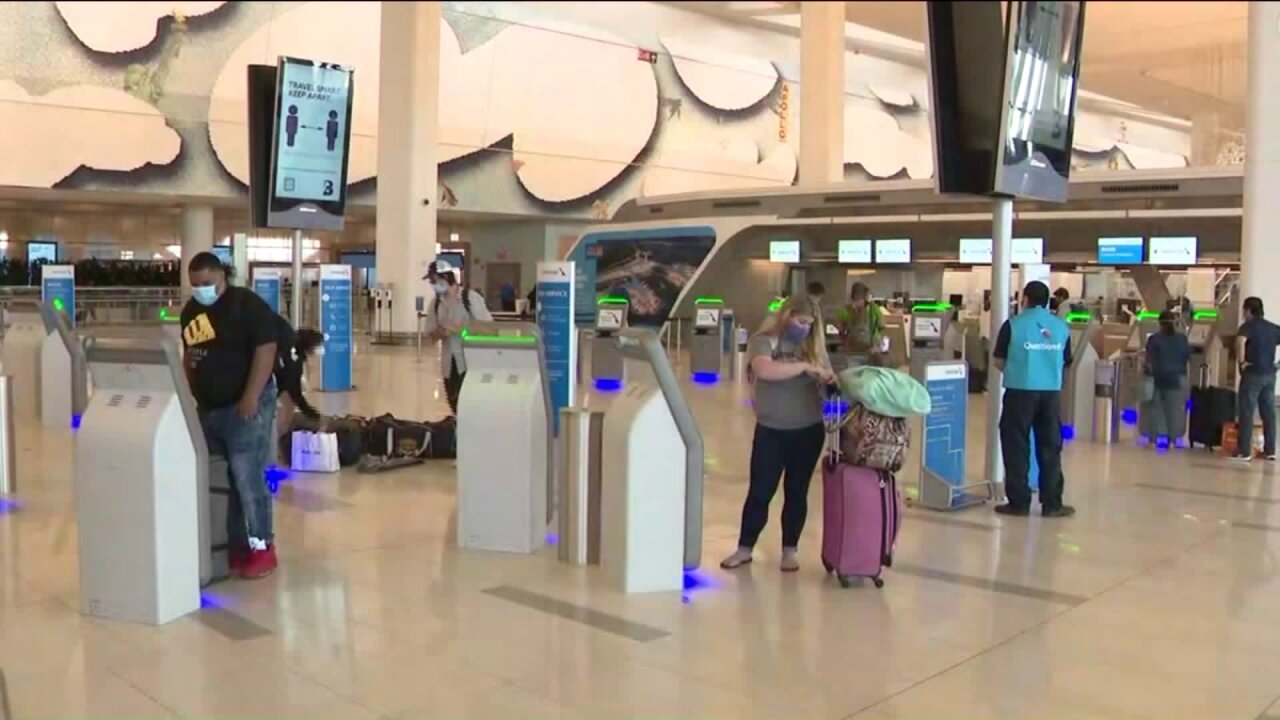 NEW YORK — New York, New Jersey and Connecticut have added three more states and territories to the implemented travel advisory as more cities across the nation have seen an uptick in coronavirus cases.

Hawaii, South Dakota and the Virgin Islands have been added to the list. Four states, Alaska, Rhode Island, Ohio and New Mexico have since been removed from the list.

The advisory applies to states that have an infection rate above 10 cases per 100,000 people, or if 10% of the total population tests positive. Both metrics will be monitored on a rolling seven-day average.

As of August 11, there are currently 31 states and two territories that meet the criteria:

"As an increasing number of states around the country fight significant community spread, New York is taking action to maintain the precarious safety of its phased, data-driven reopening," Cuomo said.

The governors of New York, New Jersey and Connecticut imposed a 14-day quarantine on people traveling to the tri-state area from states with a high transmission rate of coronavirus.