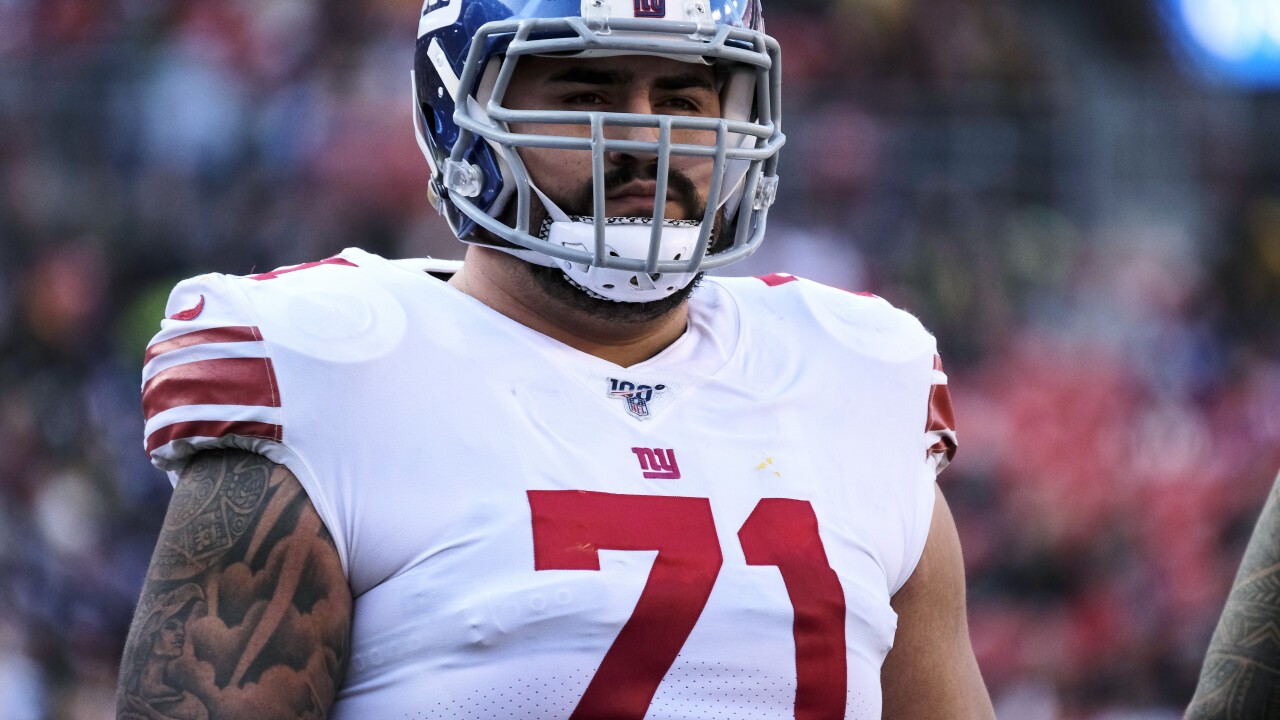 Mark Tenally/AP
FILE - In this Dec. 22, 2019, file photo, New York Giants offensive guard Will Hernandez stands on the field during the team's NFL football game against the Washington Redskins in Landover, Md. Hernandez, who has started every game since being draft in 2018, was placed on the reserve COVID-19 list on Thursday, Oct. 29, after testing positive for the virus. (AP Photo/Mark Tenally, File)

Hernandez was placed on the Reserve/COVID list on Oct. 29, four days before a game against Tampa Bay.

It ended his career-beginning streak of 39 consecutive starts.

The Giants play at home on Sunday against the Philadelphia Eagles.