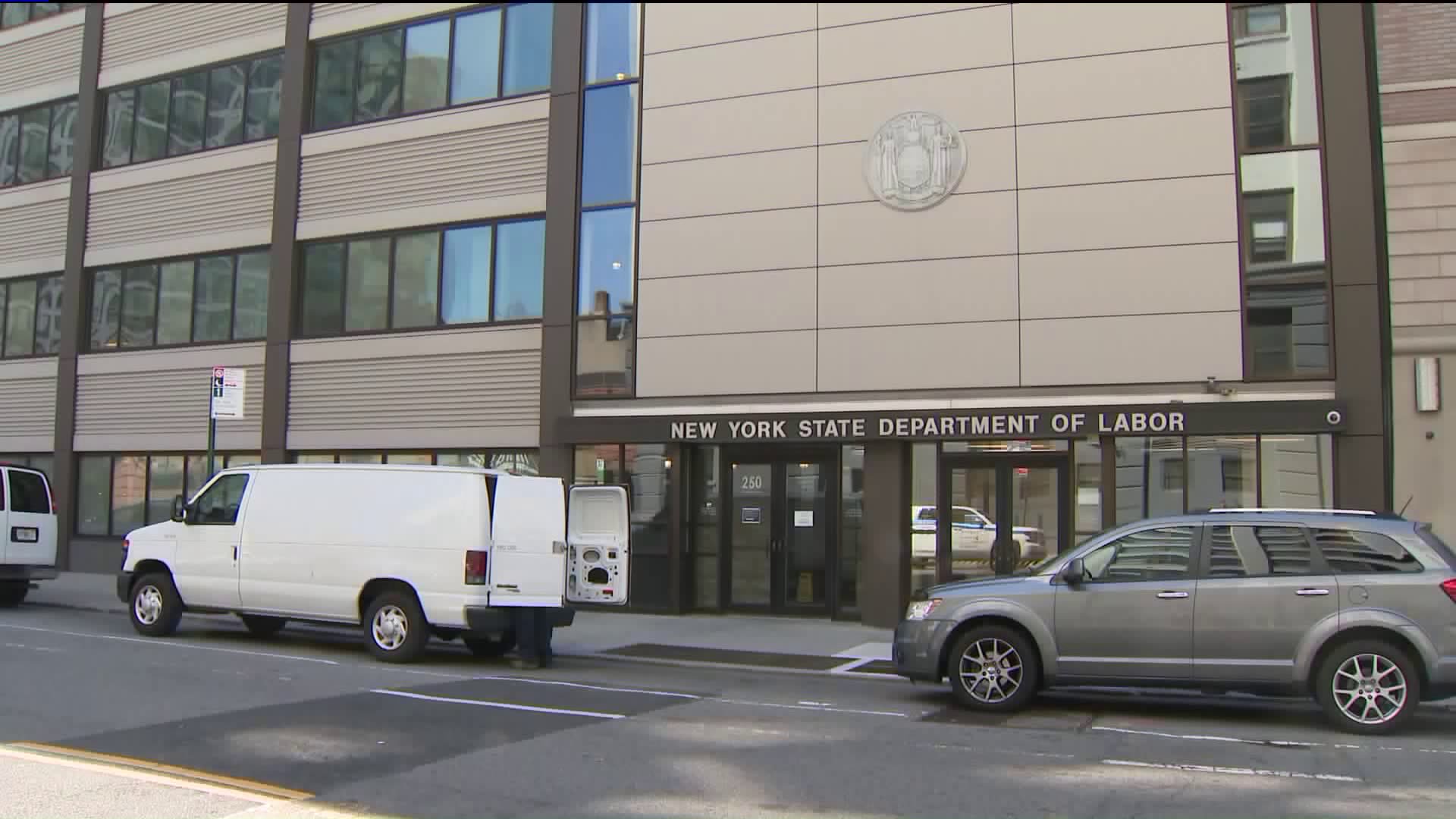 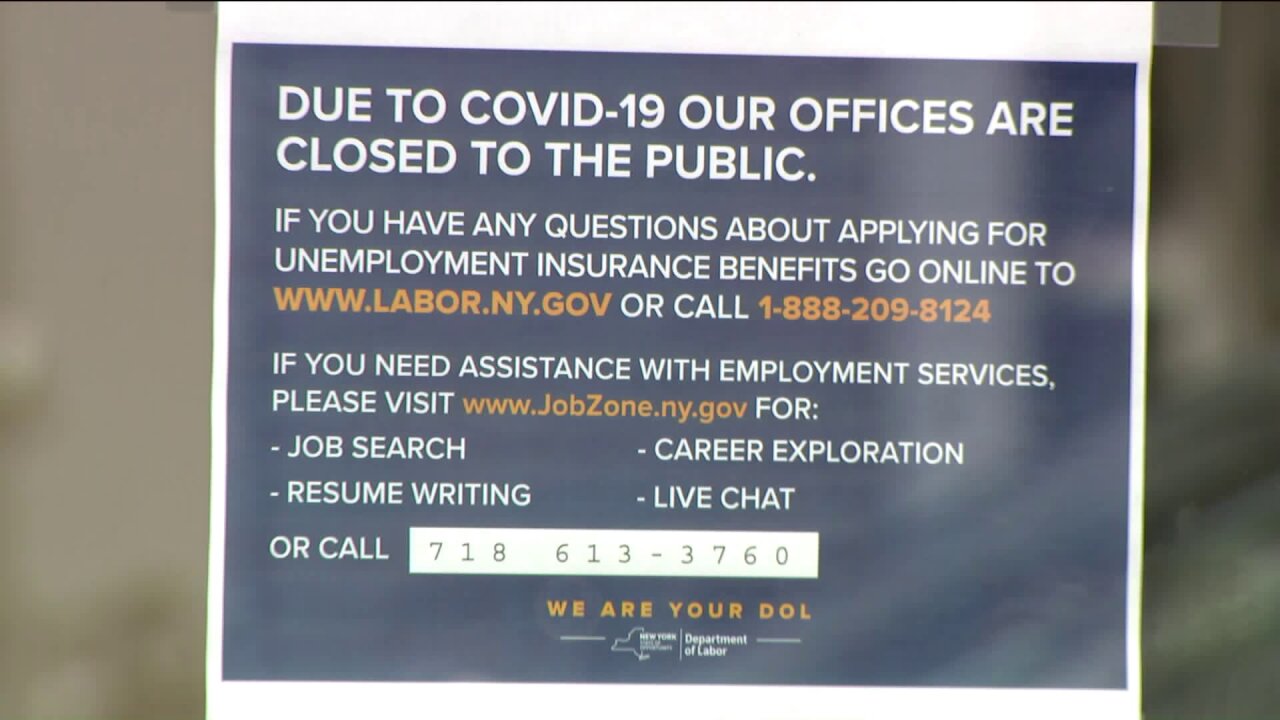 NEW YORK — There have been more than 10 million unemployment claim since coronavirus outbreak began in the United States and we know that number is much lower than the amount of people who need unemployment, but can’t get their applications submitted or even approved because of a backlog in state systems.

Unemployment offices are closed. People are pointed to websites and the phone for help, but systems are overloaded and failing to get people much-needed money.

Hakeem Russell said it's going to be hard for him to buy food now. He worked for the Container Store for the past 12 years but is now out of work.

Russell doesn’t remember his password from being unemployed more than a decade ago and can’t get through to reset his profile.

"It’s hard trying to call," he said. "I keep hearing it’s busy or an incorrect number even though there’s only one number on there I’m calling."

People are having problem even when they do get through. Freelancers and gig workers are applying into a system that was not set up for them, but has been expanded due to the crisis.

On Monday, New York State said it was working with Google on a new platform and expanding call center hours and employees.

Over the weekend, Governor Phil Murphy in New Jersey lamented not having enough programmers familiar with an outdated coding language called COBOL, which is needed order to upgrade the garden state’s unemployment servers.

"We literally have systems that are 40 years old," he said.

Officials predict that as many as 47 million people might need unemployment throughout the course of this crisis.