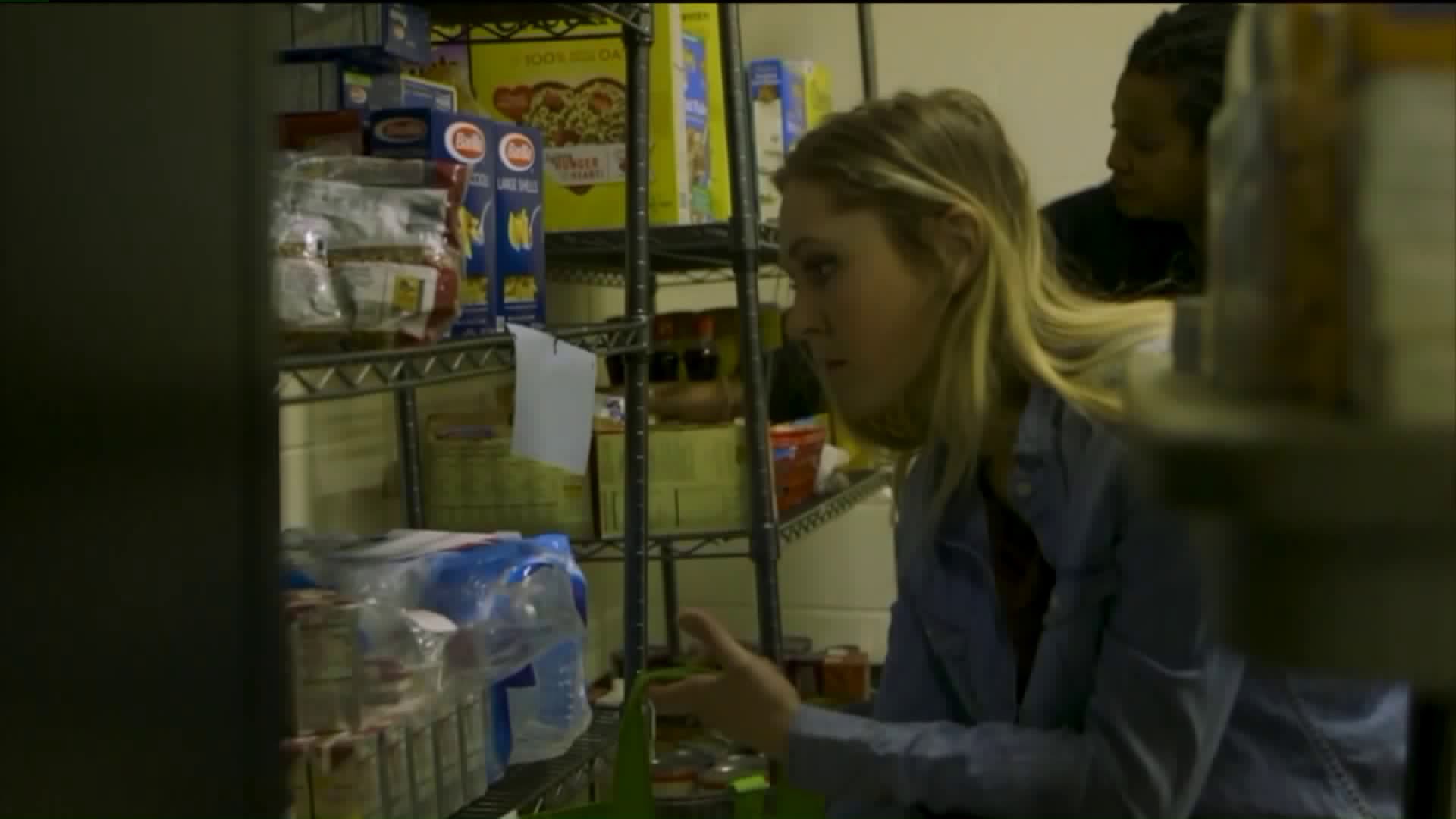 With the skyrocketing rate of unemployment, the number of citizens who are worried about paying for groceries only grows.

MIDTOWN, Manhattan — One in eight New York City residents are unable to afford an adequate amount of food.

This is known as food insecurity and it's a big concern fro Mayor Bill de Blasio as unemployment goes up during the coronavirus.

"I want to be clear what our resolve is, we will not let any New Yorker go hungry," de Blasio said Tuesday. The same day, he named DSNY Commissioner Kathryn Garcia the city's new "food czar."

"We cannot compound this public health crisis with a hunger crisis in the city of New York," said Garcia. "There’s really been an exploding demand for food. Part of it is, we now have new people who are made vulnerable by the virus "

There were 25 million visits to food pantries in the city in 2019. With many pantry volunteers being older, many of them are abiding by the shelter at home recommendation. The mayor said they are prepared for a worst-case scenario

"Come up with a system that we’ve never had, to have a system to feed people on a mass scale if it came to that."

They’re making it clear no New Yorker will be turned away. Meals are available at city public schools, not just for students but for everyone.

The mayor added that in the last several weeks, the city has provided 2.6 million free meals to New Yorkers. People in need should go to the city’s website for more information on the several hundred locations where they can get food.