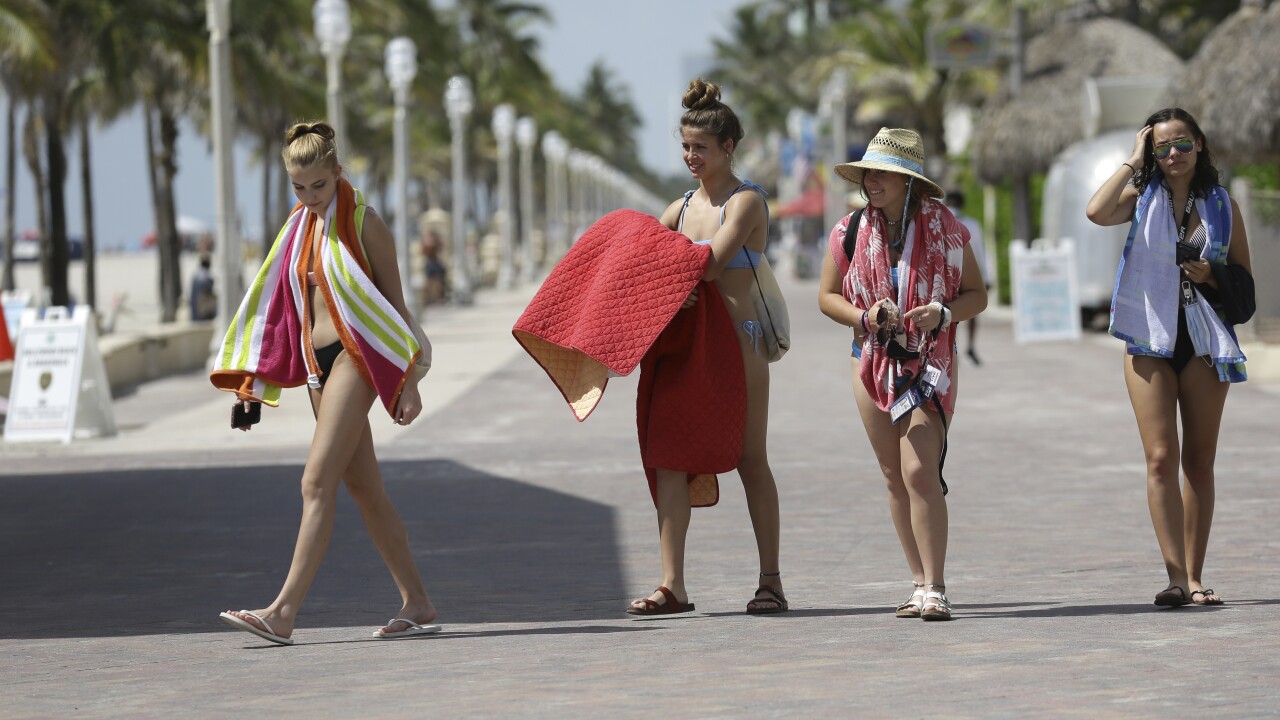 Lynne Sladky/AP
People walk along the Hollywood Beach Broadwalk on their way to the beach during the coronavirus pandemic on Thursday, July 2, 2020, in Hollywood, Florida.

Florida reported a record 11,445 new coronavirus cases on Saturday, bringing the statewide total to more than 190,000.

The daily record is the latest sign that the virus is surging in many parts of the United States, casting a pall over Fourth of July celebrations.

Officials and health experts are warning people to take precautions or simply stay home this holiday weekend, as confirmed cases climb in 40 states.

The U.S. set another daily record on Friday with 52,300 newly reported infections, according to the tally kept by Johns Hopkins University. That is widely thought to be an undercount, given concerns about testing availability.

Over 2.8 million cases have been confirmed across the country since the outbreak began in March, according to Johns Hopkins. More than 129,500 people have died.

New York and New Jersey, meanwhile, are continuing on a slow path to recovery after bearing the brunt of the coronavirus outbreak in the spring.

Gov. Andrew Cuomo said Saturday the state recorded 726 new cases on Friday, which is down from a troubling 916 new positives on Thursday — the first time the daily case number had edged over 900 since early June.

The positivity rate of those tested on Friday was 1.16%, Cuomo said.