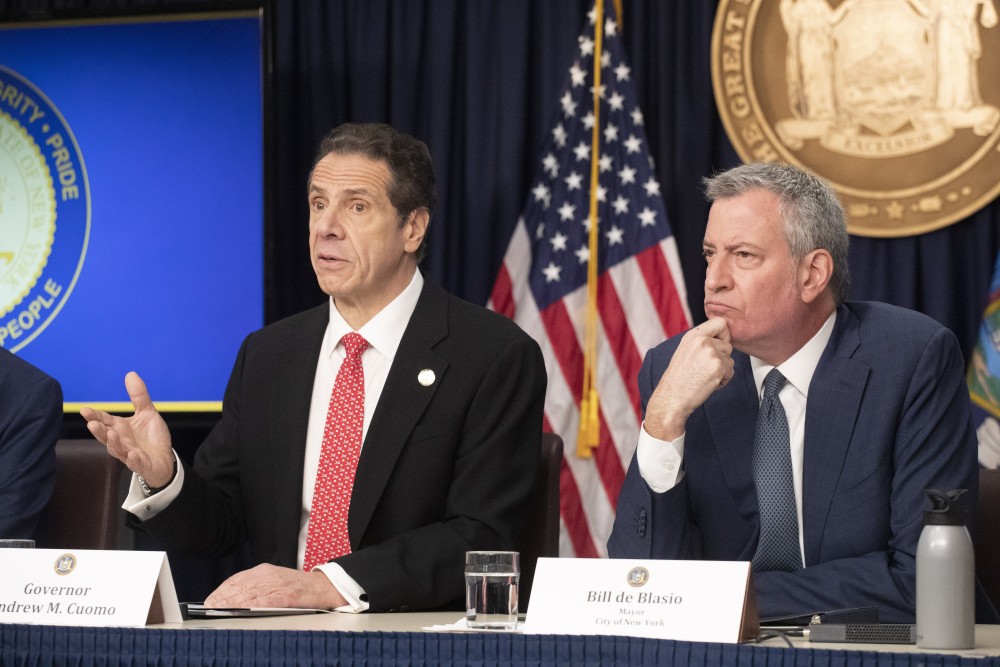 With Congress set to send a new stimulus package to the desk of the president, which he says he'll sign, the bill could provide money for families, small businesses and more. However, Governor Andrew Cuomo and Mayor Bill de Blasio say the package does not do enough for New York.

As the nation reels from depression-era levels of unemployment, the historic $2 trillion economic stimulus package is nearing reality.

The House is taking up debate on the package Thursday; President Trump has already said he will sign it as soon as it hits his desk.

There's money for individuals, families, for small businesses, but New York's governor and mayor are saying we urgently need more.

Mayor Bill de Blasio was outraged over what senators wanted to give to New York.

"I don’t understand how anybody, any public servant could live with themselves if they deprived the cities in the middle of the biggest crisis since the great depression, deprived us, deprived our state, of the money we need, giving New York City $1 billion out of $150 billion pool that they provide for the entire country. We are one-third of the cases in this country right now. Someone do the math down there in Washington. That is just immoral."

How much cash will you see in your pocket?

The money comes electronically to get it, based on your 2019 taxes if filed, or the year prior if you haven't filed.

Steven Mnuchin, the treasury secretary, said Americans could have their money electronically wired into a bank account in as few as three weeks if the information is up to date.

The timeline for cutting a paper check has not been released yet.

Unemployment will be extended by 13 weeks, capped at 39 weeks in most states.

Additional funding would be applied to those payments.

For the first time ever, gig workers and freelancers also qualify for unemployment. New York and New Jersey are both scrambling to add workers to handle the crush of calls; reports of the unemployment websites crashing amidst the claims filing abound.

Small businesses are getting interest-free loans to fund payroll or other expenses.

Big corporations are also getting its share, but that money will need to last — likely for months, said de Blasio.

"The idea that we may be back by Easter. I don't know where that idea comes from,” he said, “It certainly does not apply to anything we're seeing here in New York City. The hope we can get back to normal — we should not cling to that false hope."

Both the mayor and governor focused on the most urgent needs for New York medically — more beds in hospitals to treat patients and life saving equipment. Cuomo continues his blunt request to the federal government. "Ventilator, ventilators, ventilators. We need 30,000."