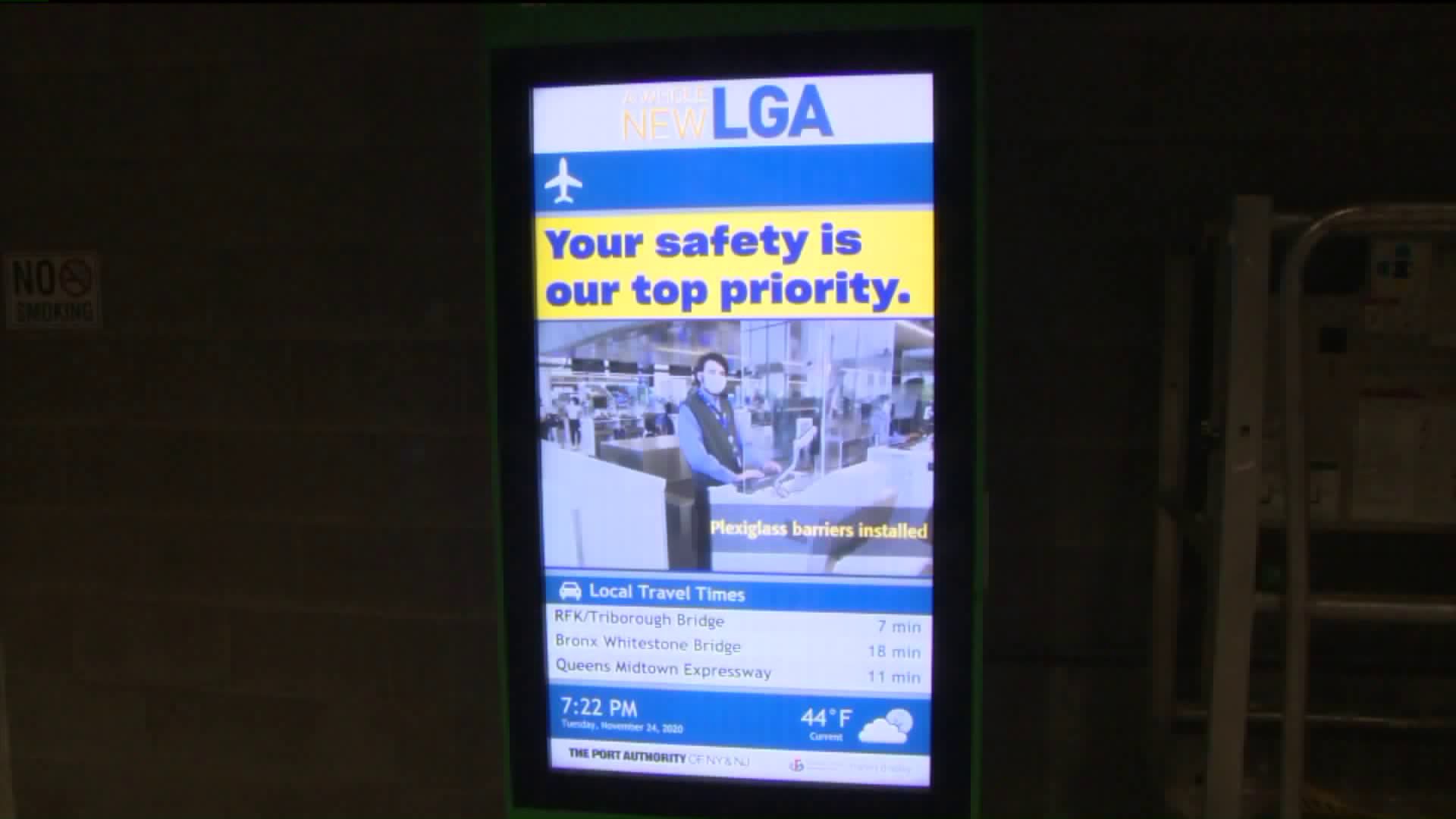 A mom burst into tears after her first time seeing her son in months. She's one of many making hard decisions this holiday season.

NEW YORK — As Thanksgiving approaches, officials continue to urge people to avoid traveling this year because of the pandemic. Locally, New Yorkers are being told by officials not to travel, but those who must are encouraged to do so safely.

Judging by the lack of crowds PIX11 saw at LaGuardia Airport Tuesday night, it seems like some people are taking that message to heart.

For those that in the airport though flying into New York, it was clear travelers had agonized over the decision to be with their families after not seeing them for more than a year because of this pandemic.

Robin Lachuga broke down in tears as she saw her son Hunter for the first time in more than a year Tuesday night.

For Lachuga, those 12 months were even harder as she fought her own battle with COVID-19 while her son pursued his PhD. in New York.

"Being so far away and not being able to be there and having to go through treatments and things like that, it's been terrible," she said.

Lachuga said she agonized over the decision to come to New York this Thanksgiving, but ultimately decided she had to take the trip from Texas.