Staten Island woman beats COVID-19, released from hospital: 'I made it!' 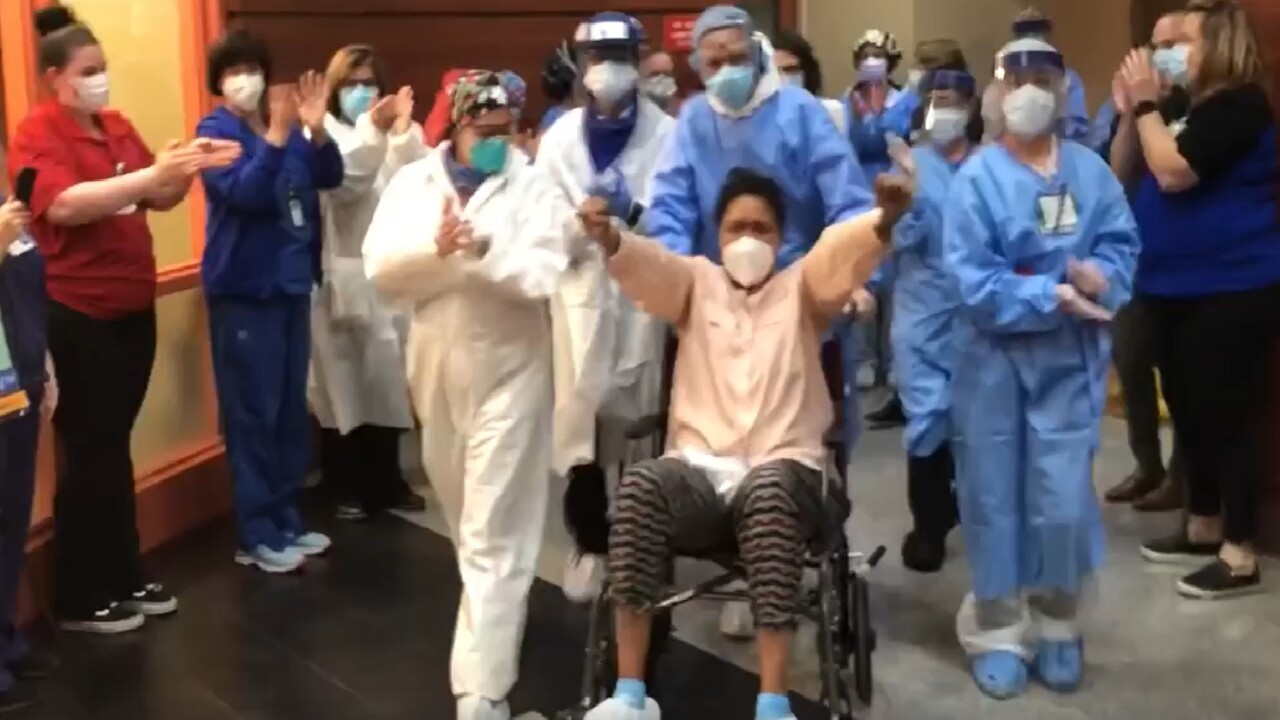 STATEN ISLAND, N.Y. — A Staten Island woman who recovered from COVID-19 and was released from the hospital this week has a message for other patients: “I made it! Guys, you can make it too!”

Edwina Cain, 38, was released from Richmond University Medical Center on Friday to thunderous applause from hospital staff who helped her recover from the potentially deadly virus.

Cain was hospitalized on April 3 after testing positive for COVID-19 and immediately placed on a ventilator, according to the hospital. With the help of doctors and nurses, she managed to fight off the virus and was taken off the ventilator on Tuesday. Cain was able to breath on her own again, and was discharged Friday to the care of her uncle.

“We have had 143 COVID-19 patients treated and discharged, 73 discharged this week alone,” Dr. Daniel Messina, RUMC president and chief executive officer, said. “These numbers thankfully continue to increase and we are hopeful that the curve we have all heard so much about may be starting to flatten. Edwina’s release is a testament to her will to survive and the tremendous care she received from her team of doctors, nurses and staff here at RUMC.”

As Cain was wheeled out of the hospital on Friday, she thanked the hospital staff and rejoiced at the prospect of recovering at home.