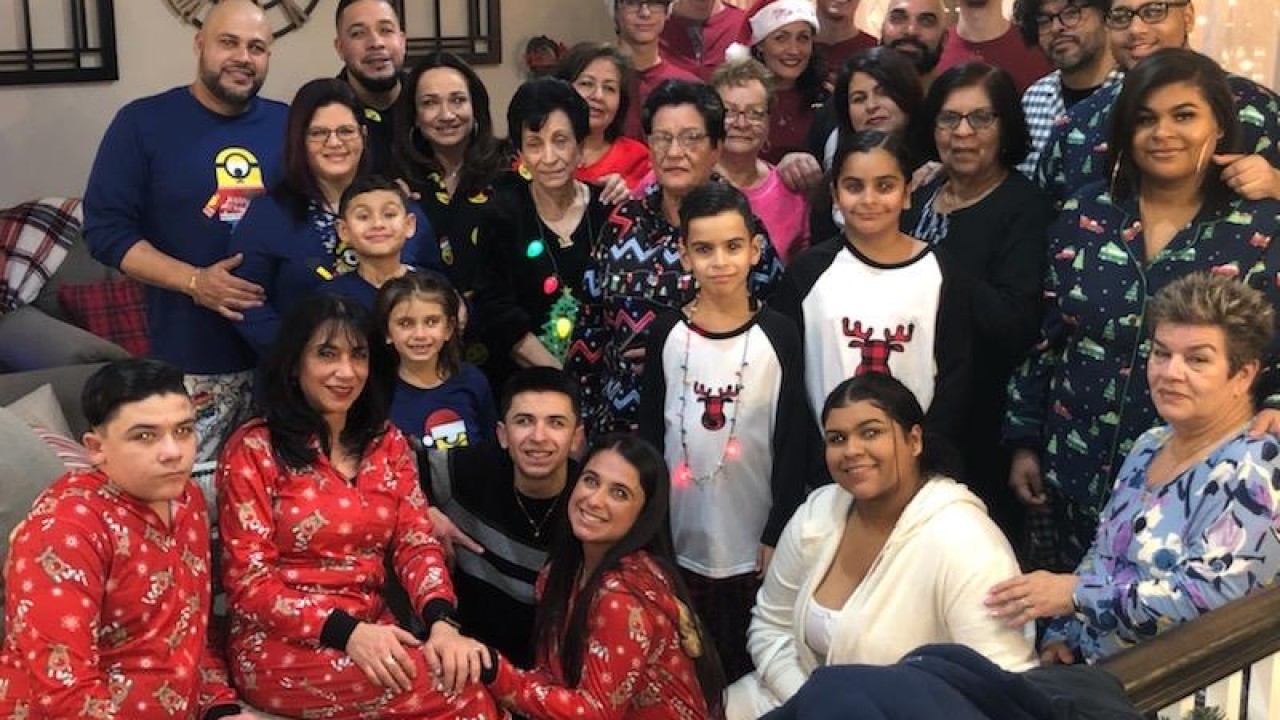 Jeffrey Rosa, who works in the surgical intensive care unit at Long Island Jewish Hospital, saw first-hand the cruelty of COVID-19 during the pandemic's first wave in the spring. That's why he's not taking any chances, as virus numbers are surging again during the holiday season. 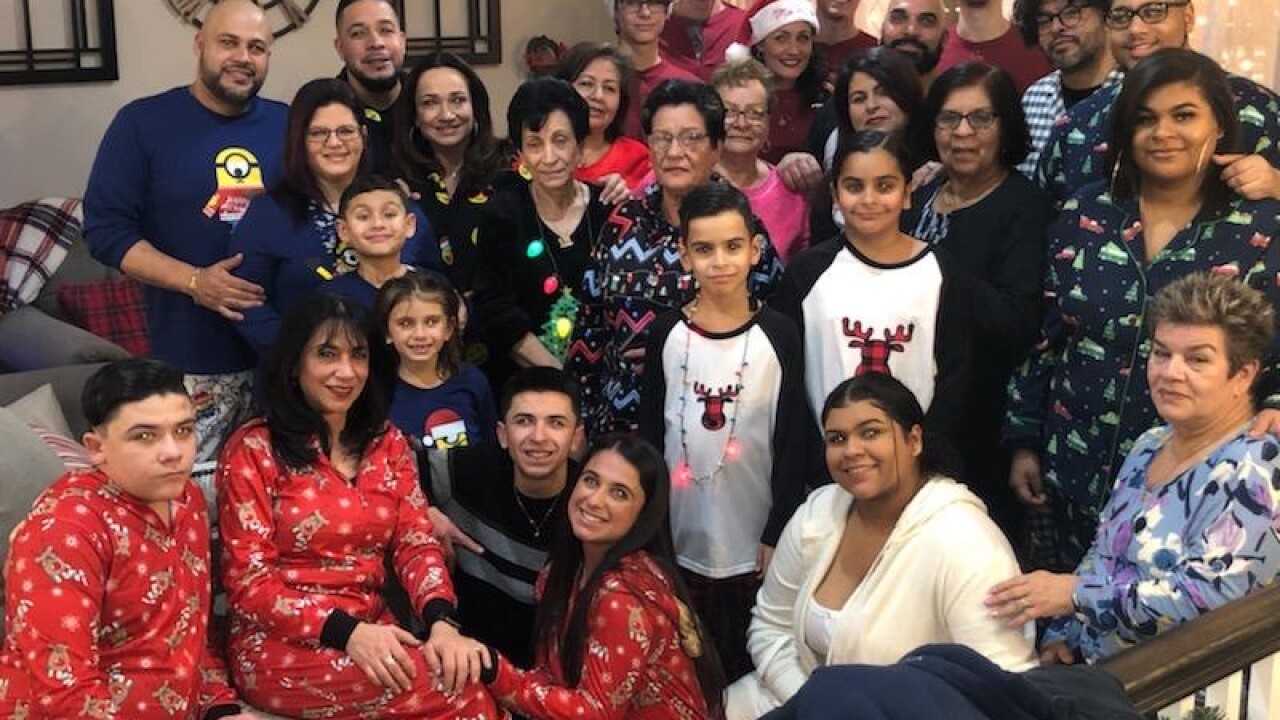 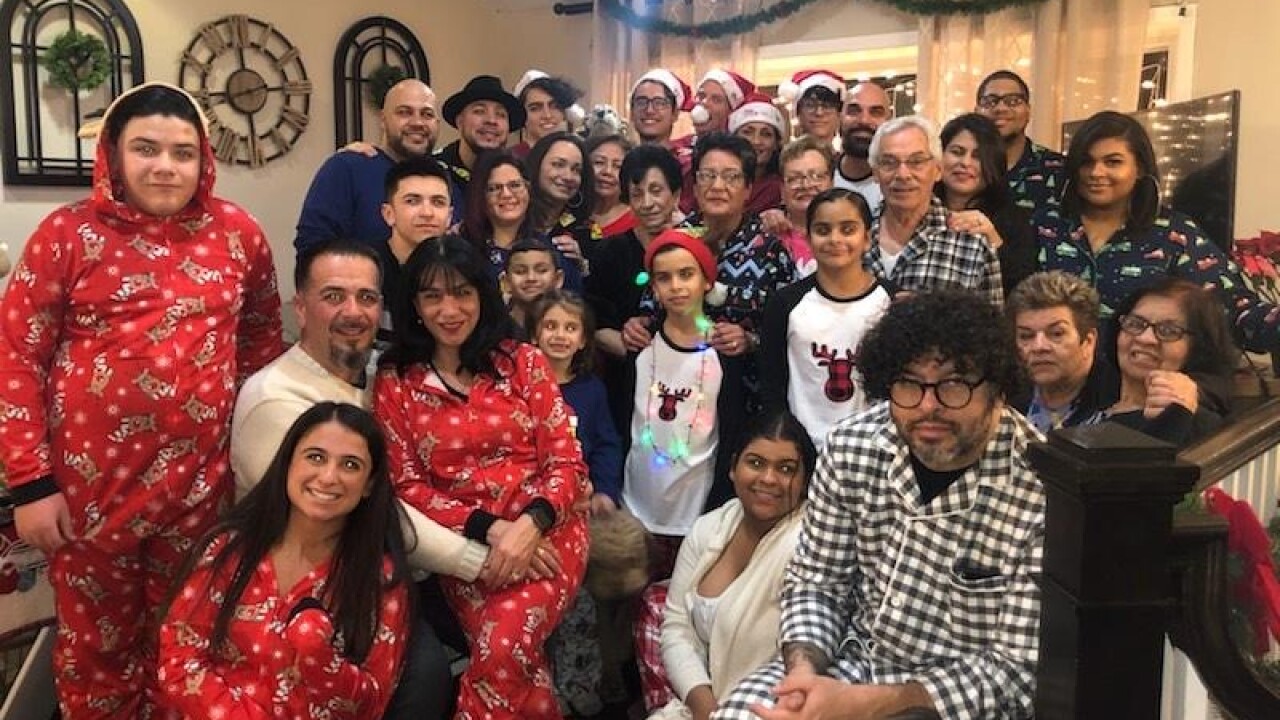 NEW HYDE PARK, L.I. — Jeffrey Rosa, who works in the surgical intensive care unit at Long Island Jewish Hospital, saw first-hand the cruelty of COVID-19 during the pandemic's first wave in the spring.

That's why he's not taking any chances, as virus numbers are surging again during the holiday season.

"I have a huge family," Rosa told PIX11 News during a break from COVID duties at LIJ this week, wearing two masks and eye goggles as we conducted a Zoom interview. "Normally, we gather 40 to 45 people in my house every Christmas Eve. This year, it's just going to be my wife and my children and myself."

Rosa works in a unit of 42 nurses, just one of the multiple ICUs within the LIJ medical center.

Sandra Lindsay, the nursing director who oversees all of these units, is Rosa's boss. Lindsay, 52, made history this week, when she became the first person in the United States to get a shot of the new Pfizer vaccine.

"She's always been the kind of boss to lead by example," Rosa observed.

Rosa kept a video journal during the first wave of COVID-19, using his cell phone to explain the difficulty of caring for critically ill patients.

On April 30, he recorded a cell video from the "Surge B" unit that was created in a pediatric recovery space at LIJ. Sixty adult, critical care patients were attached to medical devices in one massive intensive care room.

"It's overwhelming, the amount of patients," Rosa said on camera, as the machines beeped around him. "Frankly, these patients don't seem to be getting any better."

I asked Rosa what was the hardest thing about his work in the spring.

"People dying with a look of fear on their face, surrounded by none other than us health care people. We were their families by extension at that point."

How do you comfort someone in that situation?

"Hold their hand, stroke their hair, talk to them, to let them know they're not alone. I think that would be one of my biggest fears, personally, to die alone. I just wanted to always reassure my patients that they weren't dying alone, that they were going to be accompanied by someone holding their hand."

More than 35,000 people have died in New York State since the novel coronavirus arrived here. Since the initial wave of March through May, doctors and nurses have learned a lot about the most effective treatments for COVID-19 patients. When symptoms are treated early, doctors have learned a steroid like Dexamethasone is effective in slowing down the virus progression before a person gets sick enough to need intensive care.

In August this year, Jeffrey Rosa and a large group of fellow nurses took that knowledge and traveled to Utah, where they taught health care workers out west what they'd learned in the spring. Now, Rosa sees an opportunity to "turn the corner" on this virus with the arrival of vaccines that are winning FDA approval for emergency use.

Rosa said researchers had long been working on vaccines that could neutralize the SARS MERS virus, the family of virus that causes COVID-19.

"The technology might feel rushed," Rosa told PIX11 News, "but the mRNA technology has been in the process of being researched for well over a decade."

He said the 44,000 people who volunteered for the clinical trials represented numbers unheard of.

"There was no bureaucratic red tape," Rosa said. "The money was there for scientists to do their research. Everything was put into place in order to make this the fastest-delivered vaccine in the world during the greatest pandemic of our lifetimes."

We asked Rosa about an Associated Press poll that indicated only 50% of Americans were willing to take the vaccine. Scientists said 70 to 75% of the population getting inoculated would be their goal. Rosa pushed back on the doubters who are skeptical that health care workers believe in the vaccine's safety.

Two people in Alaska had severe allergic reactions when they received the shot, but this is not atypical.

Rosa received his Pfizer vaccine shot on Wednesday afternoon and sent us photos to mark the moment. He closed his eyes, at one point and we asked him what went through his mind.

"A sense of relief and hopefulness that this is the beginning of the end," Rosa said. "I've seen too much death and have felt hopeless and helpless at times."

His passion for nursing remains and he's proud that the Long Island Jewish Intensive Care Unit nurses were honored with a Beacon Award for Excellence in 2019, bestowed by the Association of Critical Care Nurses.

Rosa was named a Nurse of the Year by the Northwell Health System.

"Don't let your guard down," Rosa said about COVID.

He's hopeful the new vaccine will herald "the beginning of the final chapter, I think."