'I'm proud to be a survivor': Meet the Queens mom who beat coronavirus 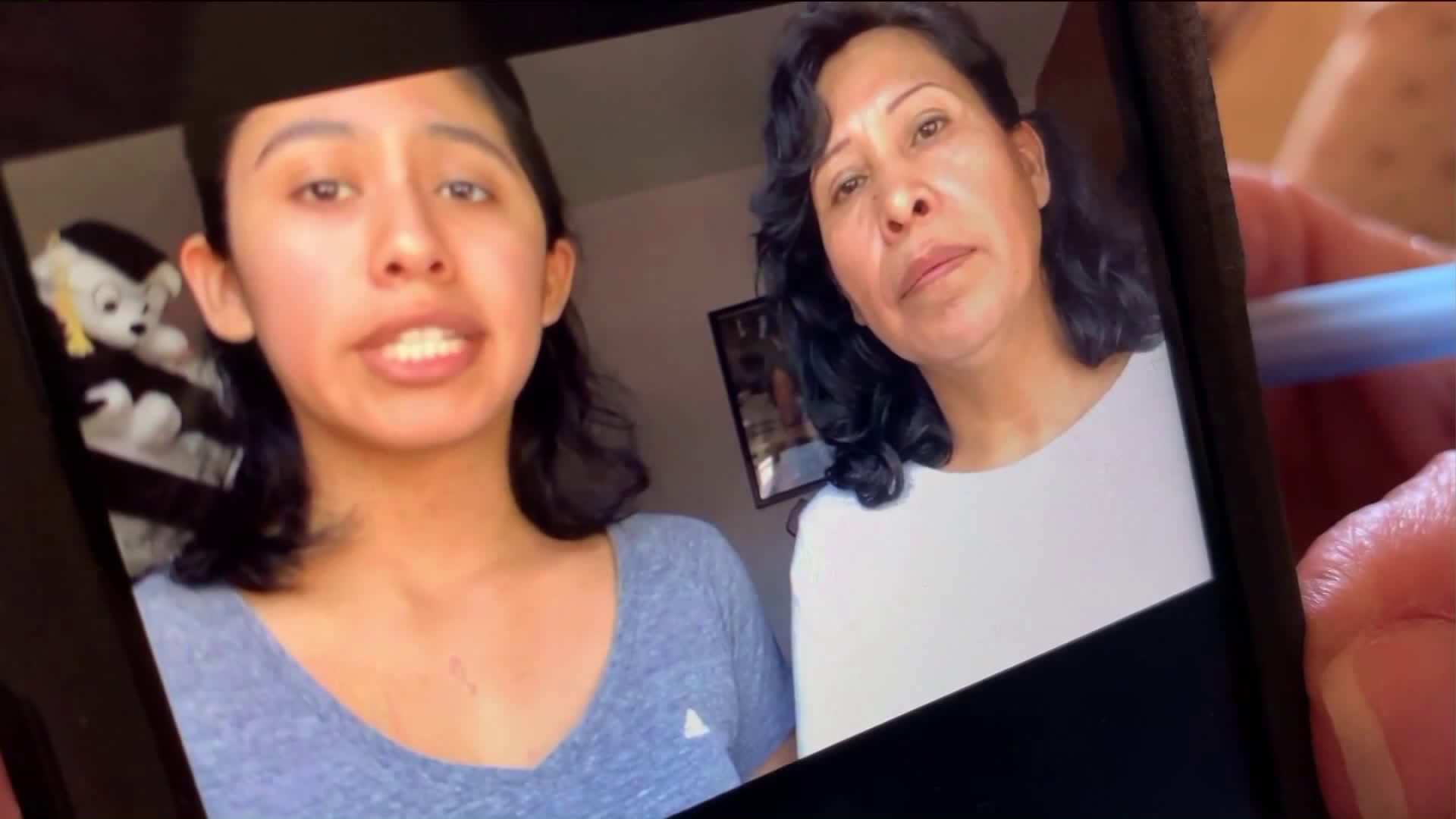 Maria Sanchez, a 49 year old mother of three, hasn’t spent much time wondering where she got infected with COVID19.

FLUSHING, Queens — Maria Sanchez, a 49-year-old mother of three, hasn’t spent much time wondering where she got infected with COVID-19.

“It could probably be in the train station,” she said, pausing briefly to cough. “Because it was really packed. Or maybe just walking on the street.”

Sanchez — a Mexican immigrant — lives in Corona, Queens which was hit hard by COVID-19, reflected in a zip code map released by the city.

“Everyone here looks like they don’t really care,” said Sanchez, speaking in Spanish and relying on her daughter to interpret my questions.

“They wear no cover, nothing,” she claimed. “Keep that in mind to be safe.”

A day before Gov. Cuomo’s Executive Order goes into effect — requiring all New Yorkers cover their noses and mouths when outside — PIX11 News did see people in Corona wearing face masks. A few did not.

Sanchez is grateful to the nurses and doctors who cared for her at New York Presbyterian Queens in Flushing, where she spent five days of a 9-day hospitalization on a ventilator.

“I’m very thankful for all the doctors and nurses,” Sanchez said.

When Maria Sanchez, who works as a babysitter, first started having breathing problems on March 14, she thought it was “mi asthma.” A visit to Bellevue Hospital in Manhattan indicated otherwise. Sanchez said the health care workers at Bellevue told her she had COVID-19 “but they didn’t have medicine to treat it.”

Sanchez went home to her Queens apartment and her family started wearing masks. But she said her symptoms got worse. She and her youngest daughter, Emily — a nursing student — took an Uber to New York Presbyterian in Flushing on March 21.

“They told her they had to put her to sleep with the ventilator,” Emily Aguilar, Maria’s daughter, told PIX11.

When Maria Sanchez woke up, “I was still on the ventilator with the tube.”

“It was sad how I was looking at all the patients there,” she said.

But the doctor told Maria her condition had stabilized, and she was released several days later.

Sanchez came to the United States 20 years ago from Puebla, Mexico and her family showed us a photo of Maria posing near the bronze, globe sculpture that used to sit on the World Trade Center grounds.

Then came the 9/11 terror attacks. Now, two decades later, New York is dealing with a different kind of disaster. Yet, the health care workers at New York Presbyterian Queens celebrate whenever a patient recovers sufficiently to go home.

Recently, the IT department has been pumping the Journey song, “Don’t Stop Believin'” through the intercom system, whenever a patient is discharged.

“We really needed to continue to be positive in the midst of this crisis,” said Tena Vizner, Director of Patient Experience at NY Presbyterian Queens.

“Everybody stops what they’re doing and they dance and they cheer. It’s just really a beautiful initiative.”

Hundreds of cards have been sent to workers on the front lines. They also have aromatherapy rooms where they can re-charge.

Maria Sanchez is happy to be recharging at home.

“She is proud to be a survivor,” her daughter said.