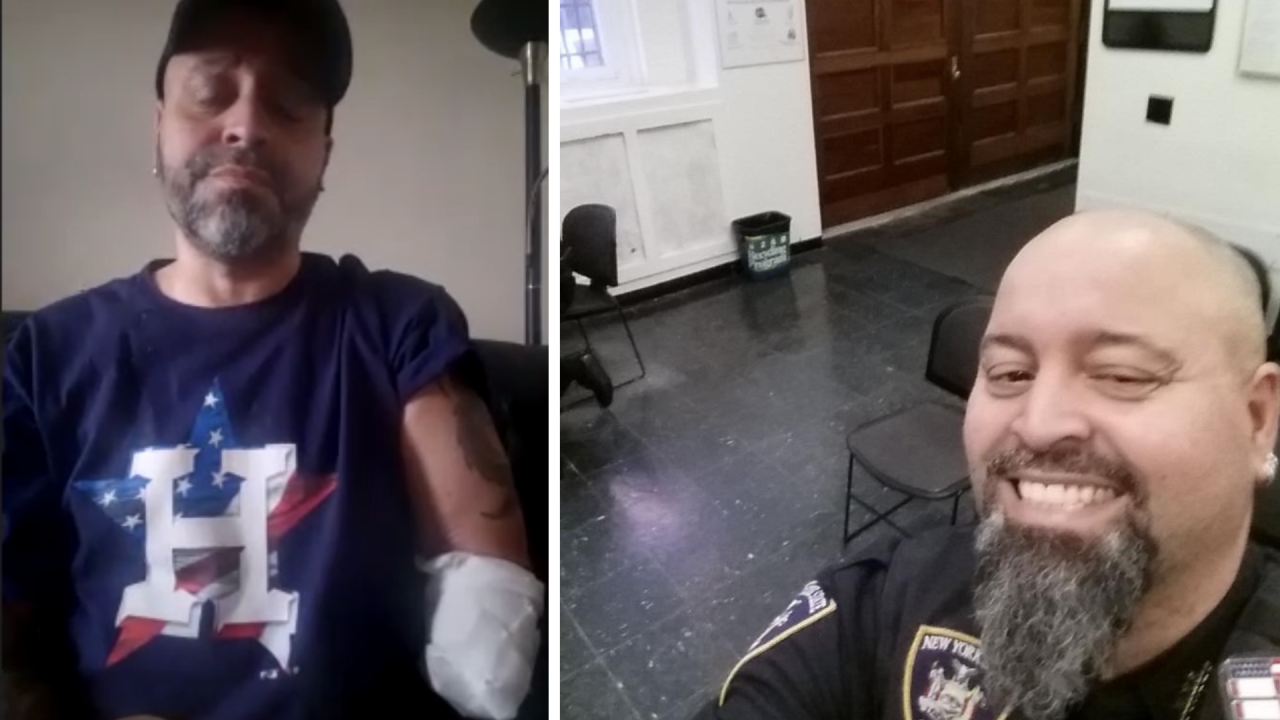 Anibal Ortiz, 53, was forced to have part of his arm amputated after he recovered from coronavirus.

NEW YORK — A court officer in Harlem was forced to amputate part of his arm to save his life, a terrible consequence he says he suffered from contracting COVID-19.

Anibal Ortiz, 53, spent 21 days at Montefiore Medical Center battling coronavirus, he said. While there, he noticed his arm becoming discolored, but he was released from the hospital. Two days later, he was in extreme pain. He rushed back to the hospital.

“They said I have to amputate or die," Ortiz said. "What choice did I have?"

He had a blood clot. Doctors amputated part of his arm below his left elbow.

“I’ve been on the job 16 years. Look, this has changed my life and I don’t want this to happen to anyone else," he said.

A Montefiore spokesperson said they were unable to provide any information due to HIPAA and privacy rules.

Dennis Quirk, the president of the New York State Court Officer’s Union said most court is now being done virtually, but he is worried about the court officers still going to work everyday.

“There a shortage of masks and cleaning material. There is no plan in place," he said. "We have been treated poorly."

According to the Office of Court Administration spokesperson Lucian Chalfen, 176 court employees across the state have reported testing positive for COVID-19 out of 16,000 workers.

Ortiz said courts should have been closed earlier.

"We were exposed two weeks too long," he said. "I worry about my brothers and sisters going back to work."

Ortiz does feel lucky to be alive, but it's been a roller coaster of emotion.

"A couple of minutes ago, I was just crying with anxiety," he said. "I've got a lot of pain."

A fundraiser has been launched to help Ortiz.