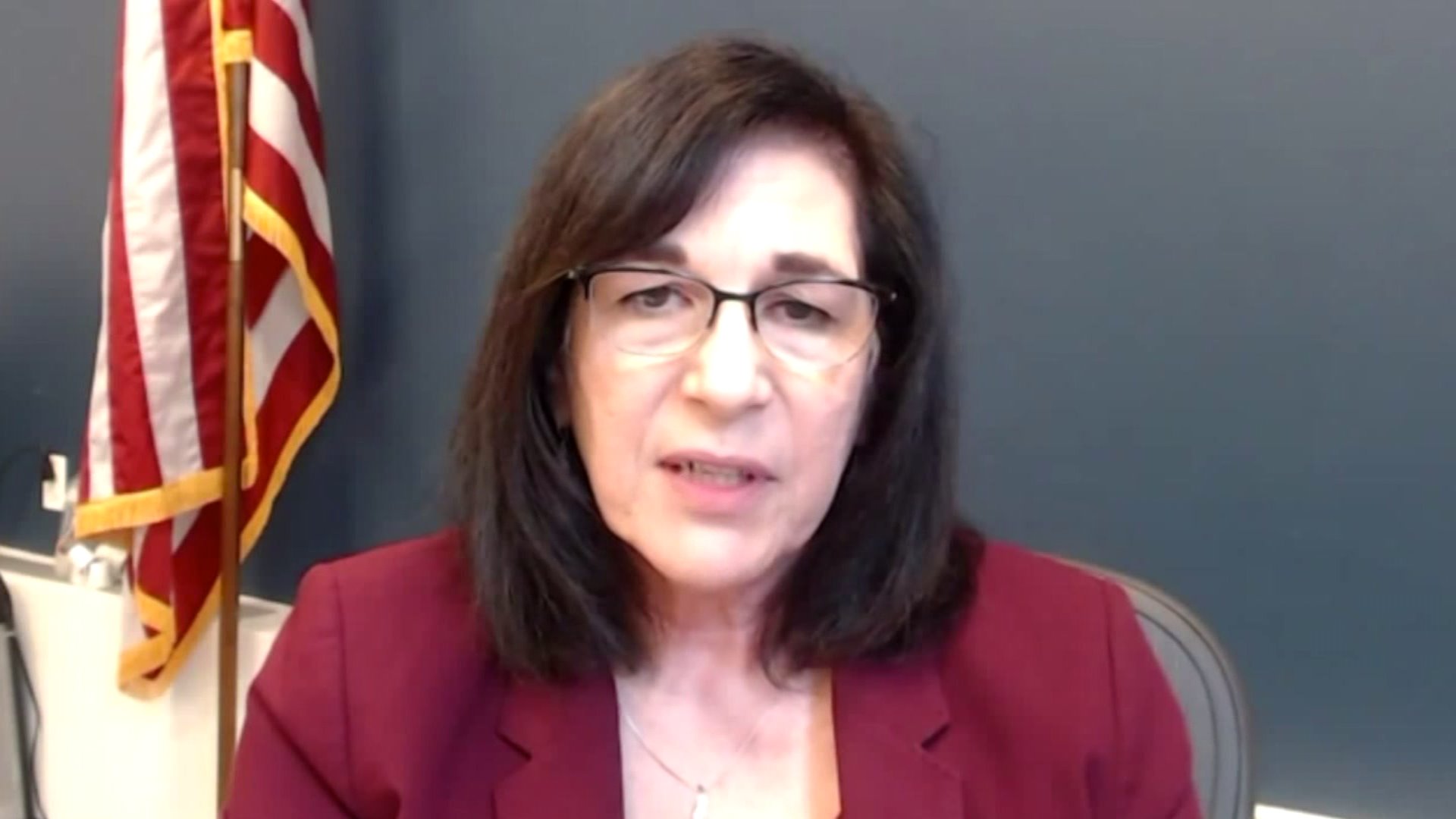 She sheds light on the COVID-19 situation inside the department.

RIKERS ISLAND — New York City’s Department of Correction commissioner has come under scrutiny, accused of being visibly absent during the COVID-19 pandemic.

In her first interview since the outbreak of the virus on Rikers Island, she told PIX11’s Jennifer Bisram she’s been working to keep everyone safe and supplied.

“Jennifer, I have been here every day working very hard, close with our partners at Correction Health Services and the Department of Health,” said Department of Correction Commissioner Cynthia Brann said Tuesday.

As of Tuesday morning, 627 DOC staff members and 334 inmates at Rikers have contracted COVID-19.

Seven staff members, including three officers and one captain, have lost their battle to the virus. Two inmates have also died.

“Our housing areas, day rooms, common spaces and transport buses are cleansed daily and our shower areas are sanitized several times day,” she said. “The officers are issued hand sanitizer that they could carry with them in the facility.”

The top city jail official said that while social distancing behind the barbed wire fences is challenging, it is being enforced — especially in the housing units.

“We’re making sure people have a bed in between each other and we promote social distancing by advising all those in our care to not sit on each other’s bed, and to have space in between.

Brann said inmates who show symptoms of the coronavirus or who test positive are placed in special housing units where they are monitored, isolated and treated.

“All of our officers are issued PPE — mask and gloves, and, in some cases goggles.”

“We were able to access the Northwell Health care system. They have offered to test our officers who are currently showing symptoms of COVID-19 or have been in contact with someone who has it,” she added.

For those staff members who test positive, they can’t return to work unless they are cleared by a doctor. As for incoming inmates, they are screened twice before they enter the jail population.The commissioner said both officers and inmates wear masks, and just as people outside of the jail walls are given guidelines and updates, so too are the people in the inside.

While in-person visits are currently suspended, families can still see their loved ones who are incarcerated through virtual visits.

According to the commissioner, if correction officers run out of supplies, they can reach out to their supervisor, who will provide them with more.