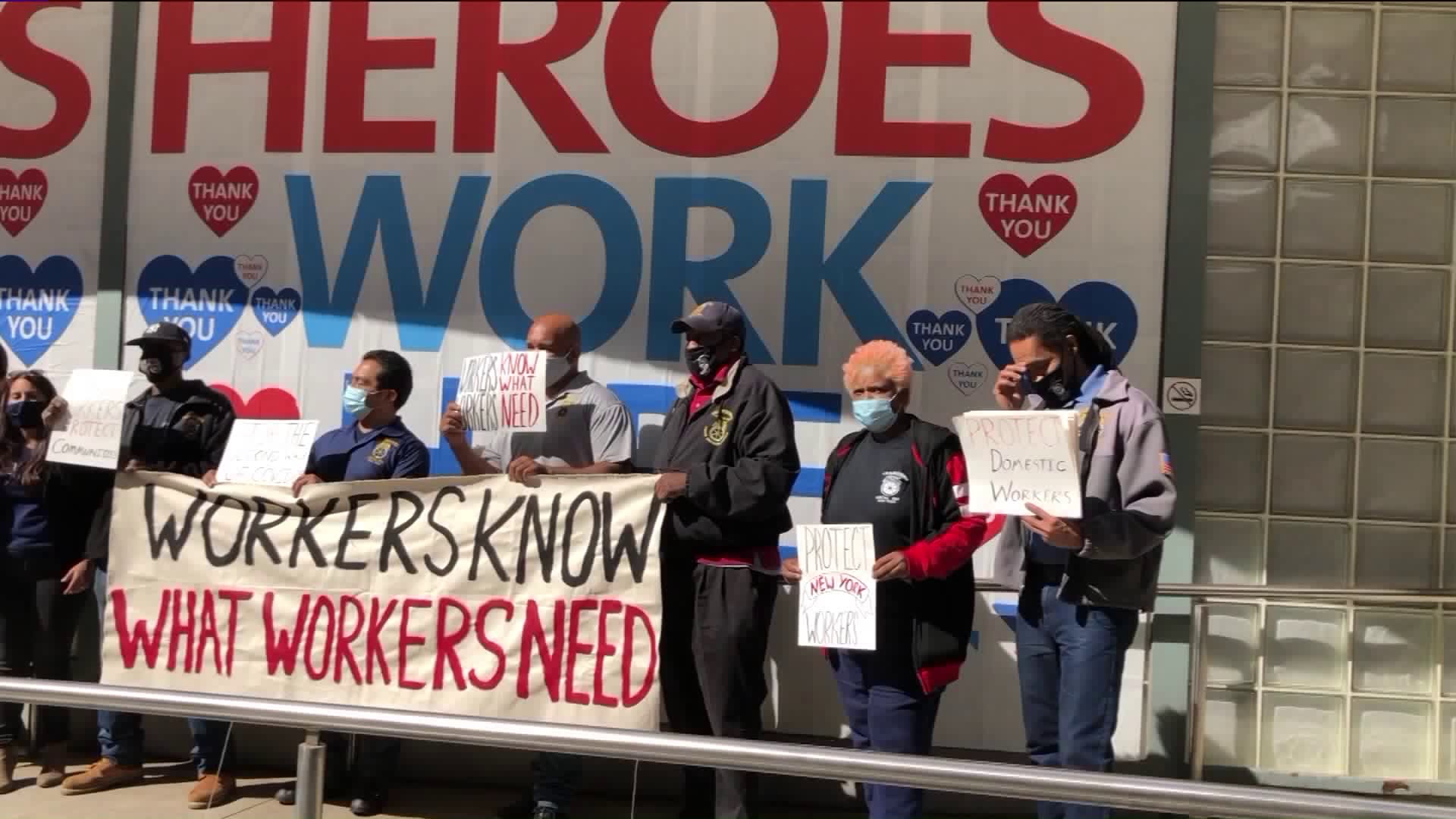 Essential workers have been the backbone of the city during the COVID-19 pandemic. Wednesday, they rallied for more safety standards from the government.

School bus driver Mario Jean has seen plenty during his more than two decades on the job, but nothing could’ve prepared him for his battle with COVID-19 in March.

“After spending four days in the emergency room, seeing people dying left and right, you ask yourself, am I next?” he said.

Fortunately, he got through it — but the recovery was grueling.

Jean is part of the city’s essential work force who put their lives on the line at the height of the pandemic and continue to do so. With research suggesting a second wave is upon us, advocates renewed calls Wednesday for legislation that would enforce safety standards for workers statewide.

She’s a former nurse herself who jumped back into her scrubs when the city needed her the most.

“This legislation is about creating complete blanket of standards for workplace safety,” the Bronx Assemblywoman said. “To create workforce mechanisms for violations of workplace safety and to bring workers to the table.”

In addition to protocols on testing and providing PPE, the legislation would also protect workers from retaliation for utilizing their rights under the law

In a week where President Donald Trump downplayed COVID-19, urging Americans not to be afraid, and at one point, even falsely comparing it to the flu.

The workers on the front lines said that messaging does more harm than good.

“To me it was disrespectful,” Jean explained. “Everybody out there just listen to science.”

Despite having support from both sides of the aisle, it remains unclear if and when the New York HERO act will go up for a vote.