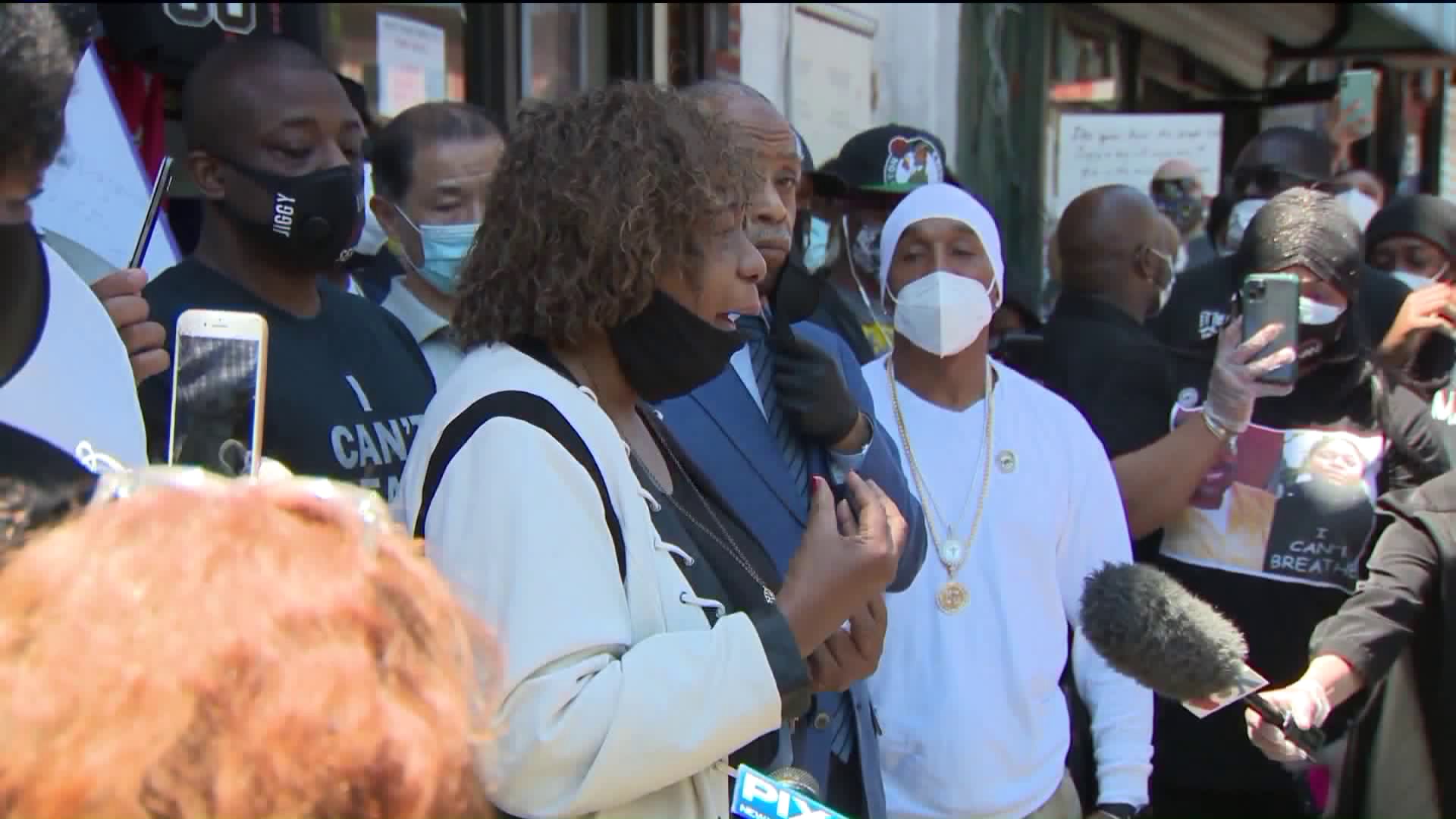 Close to 200 demonstrators gathered at the same spot at 200 Bay Street, just days after another black man, George Floyd, died in police custody in Minneapolis using the same words, “ I can’t breathe.”

It’s been almost 6 years since Eric Garner said that now infamous phrase when he was placed in an illegal chokehold by an NYPD officer while in police custody.

Close to 200 demonstrators gathered at the same spot at 200 Bay Street, just days after another black man, George Floyd, died in police custody in Minneapolis using the same words, “ I can’t breathe.”

“I feel the same pain about Floyd,” Carr told the crowd. “He was saying 'I can’t breathe' and calling for his mother,” she added.

“The violence started when a man put his knee on the neck,” Sharpton said at the rally.

From 200 Bay Street, demonstrators marched to the 120 precinct police station house to demand changes within the NYPD and within police departments everywhere.

They were chanting “all four, all four," in a reference to the three officers who stood by while Floyd was in custody who have yet to be charged.

They have all been fired, but just one officer, Derek Chauvin, was charged with third-degree murder and manslaughter.

“We want all four officers to be arrested and indicted,” Rev. Christopher Wright, a protest organizer, told PIX11 News.

Minnesota Gov. Tim Walz said on Saturday he was fully mobilizing the National Guard because it was a blessing that no innocent bystander has died in the four nights of violent protests.

Here on Staten Island many, vowed to come back Sunday to continue their peaceful protests.

PIX11 asked a 70-year-old demonstrator, Helen Settles of Staten Island, if marches like these make a difference.

“Of course, they see the people are upset,” Settles told PIX11 News.

Another demonstrator, Kenya Johnson added: “they need to change the laws of the police maybe do it gets better for the people and the police,” she added.