Dr. Fauci: 'If you want to get back to normal, people need to get vaccinated' 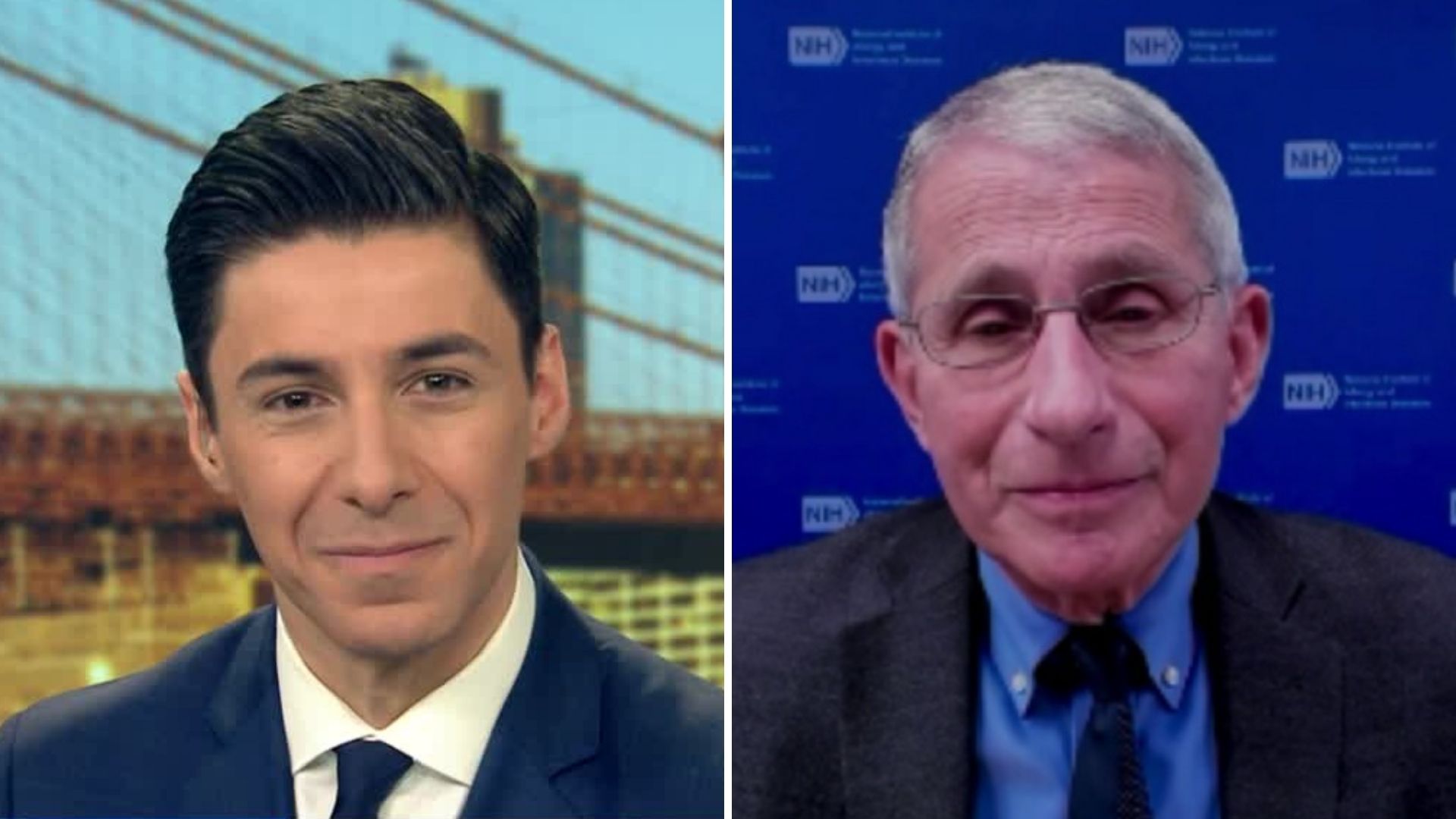 Dr. Anthony Fauci, the nation's leading infectious disease expert, spoke with PIX11's Dan Mannarino about the country's surge in COVID-19 cases, ramping up the vaccine rollout and how concerned we should be about the new mutations of the virus.

The nation's leading infectious disease expert said he believes we can curb the current spike and eventually "get back to normal," but that people must follow public health protocols and get vaccinated.

Post-holiday spike in cases
Fauci said the current surge in coronavirus infections and hospitalizations could "conceivably get worse," but that it could be controlled if everyone adheres to the public health measures that have been messaged for months.

"I hope that we've seen the full brunt of the increase...that generally follows travel and people congregating together," Fauci said.

Vaccination rollout
When asked if the speed of the vaccine distribution concerns him, Fauci said, "Obviously, we need to do better, no excuses there...It is important that we haven't reached the goals."

He said there will always be bumps in the road of such a large endeavor, but thinks there will be more flexibility in the coming weeks to ramp up vaccinations in people over 65 and those who have underlying health conditions.

"In an attempt to do it in an orderly fashion, with phasing it in...that has inadvertently...caused a restriction in the freedom of just getting the doses out there," Fauci said.

Fauci said there must be a "delicate balance" as the CDC and government begin to give greater flexibility to vaccine phases. He said if they're going to expand the eligibility, it has to be matched by the supply of the vaccine.

"If it's organized right, we can do that," the disease expert said.

Importance of second dose of vaccine

Fauci said that people are "partially protected" after getting just the first vaccine shot, but it's not clear for how long. He said the second dose is very important for the best and long-lasting protection from the virus.

He also warned that it is possible to get vaccinated and still be a carrier of the virus and able to infect others. He clarified that the vaccine's 94 to 95% efficacy rate is against clinically symptomatic disease, not against actual infection.

"Even though you've been vaccinated, that does not mean you can forget about wearing a mask," Fauci said.

When possible, do children need to be vaccinated?

He said that some time in late January or early February they will begin vaccine trials in younger individuals, starting with adolescents. Testing the vaccine in pregnant women will likely happen after that.

Fauci said the experts are looking at the new COVID-19 mutations "extremely carefully and intensely."

He said it seems that while the U.K. variant makes the virus easier to transmit, it does not appear to have any effect on making people more sick or more likely to die.

Fauci said British experts reported that the new strain is not interfering with the protection afforded by the vaccines.

However, Fauci said it's looking like the South African mutation might be a bit more problematic, as it appears to be evading some of the protection people get from the antibodies.

"Whether or not it's going to ultimately impact the vaccine, we don't know...If we have to make adjustments in the vaccine, then we will move on that and we will do that," Fauci said.

When will life return to 'normal'?

Fauci said while we don't know exactly when, he believes it's possible for life to return to some sort of normal, but the key is widespread vaccination.

He believes that if we get between 70 and 85% of the country is vaccinated, America could have an umbrella or blanket of herd immunity.

Fauci's on the Biden administration
"I feel good," the doctor said immediately. "There's a lot of enthusiasm in the administration from attacking this, right from the top down."