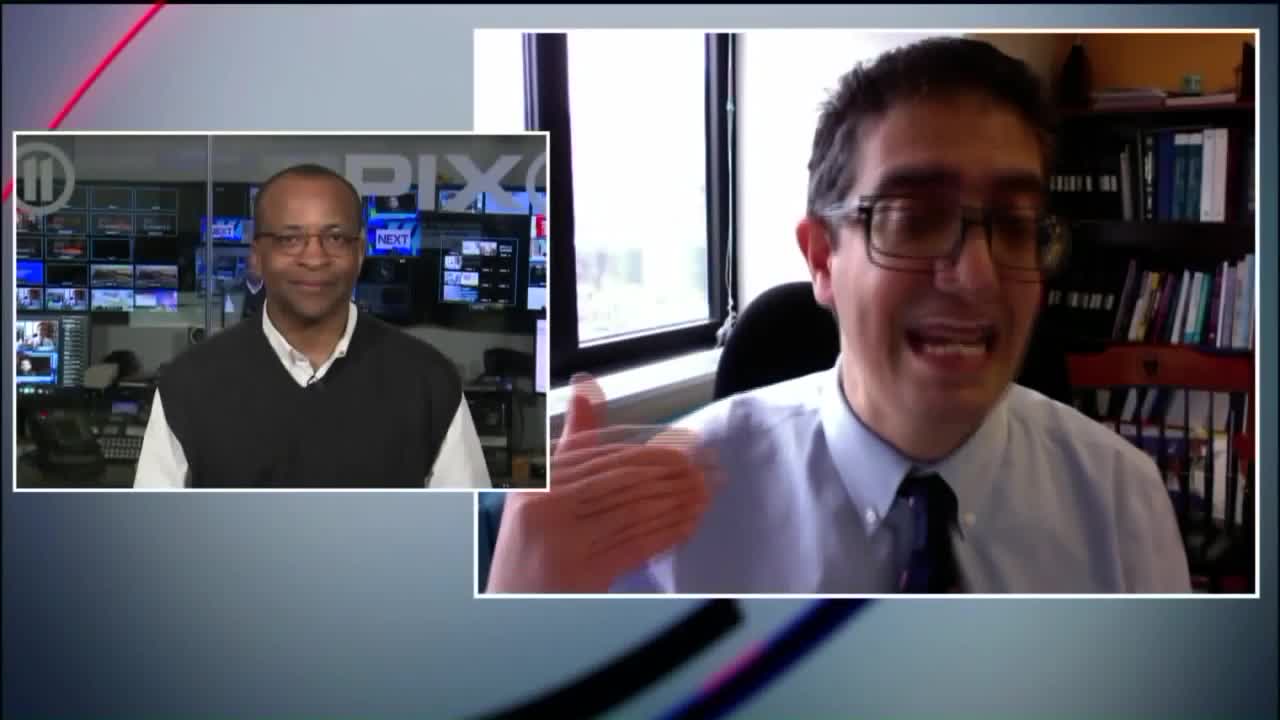 A group of researchers at Mt. Sinai Medical Center here is part of a larger team of scientists working on a coronavirus vaccine that's focused on the people who are most susceptible to the virus: the elderly.

EAST HARLEM, Manhattan — A group of researchers here at Mt. Sinai Medical Center is part of a larger team of scientists, based in Boston, Massachusetts, that’s working on a coronavirus vaccine.

It’s focused on the people who are most susceptible to the virus: the elderly. One of the group's lead researchers, Ofer Levy, M.D., PhD, director of the Precision Vaccines Program, or PVP, at Boston Children’s Hospital, explained how the virus itself will help scientists find a way to kickstart people's immune systems to ultimately fight coronavirus disease.

"We're trying to discover rocket fuel to make a vaccine work better in the elderly," said Levy, a native New Yorker. The Program is focused on developing vaccines that are tailored to vulnerable populations, including the elderly, so despite the fact that he's a pediatrician, Levy is developing the vaccine that’s targeted at senior citizens.

Their advanced age, he said in an interview, enhances their vulnerability.

"As you push that age upward," he said, "the risk of severe coronavirus infection gets worse."

Levy, who is also on faculty at Harvard Medical School, was supposed to be in New York on Friday. Because of the social distancing needs that the coronavirus situation has dictated, he spoke with PIX11 News via Skype, from Boston.

In a project co-led by David Dowling, PhD, the PVP's pursuit of a coronavirus vaccine is one of an estimated two dozen such projects worldwide. However, the PVP's emphasis on designing a vaccine optimized for elderly patients sets it apart from the rest.

"A key approach for a vaccine," Dr. Levy said, "is to inject just the spike protein -- not the live coronavirus -- just the bit of the virus that the virus needs to infect humans."

"If we inject that into an animal model," he continued, "for example, a mouse, [it] would make antibodies against that, and those antibodies would block infection."

Ultimately, if the protocol works, an injection of the spike protein in humans would prompt the immune system to fight the virus.

However, Levy said, "We need to scale that production for hundreds of millions or a billion doses. That's far from trivial, and very expensive."

That's where senior citizens come to the rescue, almost literally. Elderly volunteers are donating blood, which PVP researchers are working with outside the body, to find an immune stimulating molecule that could specifically boost how well a vaccine would work in elderly patients.

That molecule is called an adjuvant (from the Latin, adjuvare , to help or aid). An adjuvant effective in the elderly would increase the body’s immune response to spike proteins in a vaccine. That, in turn, would mean that far less of the costly spike proteins would be needed in a vaccine.

The result would be a vaccine that not only targets elderly patients, but would also allow far more people to get vaccinated, due to the adjuvanted vaccine's lower cost.

“That's a huge public health win!” Levy exclaimed. He said that many personnel at both Boston Children’s Hospital and Harvard Medical School are having to work remotely because of the coronavirus situation.

However, because of the high priority of finding a coronavirus vaccine, the PVP is able to work as actively as possible in the laboratory.

Despite the group’s intense work, the date of a rollout of the vaccine is still some time away.

“We're talking months, to a year plus,” Levy said. “This is not going to happen in days to weeks. However, this research work can help us meet the challenge of this pandemic…and the next one.”